We're Not Going Away 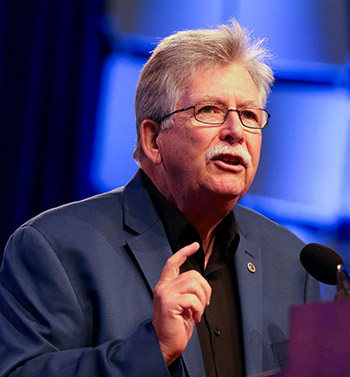 Every Labor Day we’re treated to another round of media stories claiming that unions have no place in our global, high-tech economy world. Now, that’s really fake news.

CWA and our entire labor movement are more united, more prepared, and more determined than ever.

CWA members are determined to counter the corporations and Wall Street players who have rigged our economy and the political process against working families. We’re determined to stop these forces that send our jobs overseas, cut our pay and benefits, disregard safe working conditions, and scheme to block ordinary working people from having a voice on the job and in our democracy.

Joining together, union members can negotiate a better standard of living and a safer workplace. CWA members have accomplished that and more at companies like Verizon, AT&T, United Airlines, American Airlines, Disney/ABC, General Electric, Point Park University, and many others. This is what all working families want.

Our fundamental freedom to join together in a union is under attack. Why? Because unions stand in the way of Wall Street and corporations pitting working people against each other. We’re an obstacle, a roadblock to corporate greed. It’s no wonder that the super-rich, corporate executives, right-wing think tanks, and their political allies expend so much money and energy to stop us.

The attack on working people, on workers in private sector and public sector jobs, is intensifying, but we’ve faced worse before. Working people have been knocked down and beaten up for standing together for fair wages and working conditions, but we don’t quit. Today is no different.

CWA members know only too well what it would mean to live in the union-free society that corporate America has been dreaming of for decades. We know what it would mean to go to work every day with no union voice and no rights on the job, with every employee subject to arbitrary wage cuts, firing for no reason, bias, discrimination, and mistreatment at any time, and dangerous working conditions.

We know the value of a strong CWA, and our goal is to make sure that every co-worker at every workplace knows it too. That’s the focus of our CWA STRONG program, and this issue features locals from every district that are doing just that.

Right now, the 1 percent and corporate America are going after working people with a vengeance, looking to eliminate regulations that protect workers on the job, attack workers’ freedom to join unions, and eliminate the ability of working people to speak with a united voice in our political process.

Consider the Trump Administration’s proposed executive order on regulations, which requires federal agencies like the Occupational Safety and Health Administration to repeal two regulations for every new regulation issued. This is a big payoff to Big Business that will put working people’s lives at risk. It treats workplace health and safety regulations like a bargaining chip, basically saying that if OSHA acts to limit exposure to lead poisoning, other workers will just have to put up with a higher risk of infectious disease or chemical dangers. And why? Because too many in the corporate world care more about their bottom line than common sense health and safety rules.

As long as there are corporations that ignore workplace safety and health, that move jobs overseas and disregard U.S. communities and workers, and that cheat workers out of hard-earned wages, there will be labor unions to stand up for working people. As long as there are politicians who prefer to look the other way, there will be labor unions standing up for working people.

No other institution in our country does what we do when it comes to fighting for policies that benefit all working families, like a higher minimum wage; keeping Social Security, Medicare, and Medicaid secure; standing up for safe communities, and ensuring health and safety on the job.

CWA is up to this challenge, resisting rollbacks in our contracts and rights, fighting for the good jobs and benefits we deserve, and taking a stand for the millions of working families across our country who need our labor movement now more than ever.