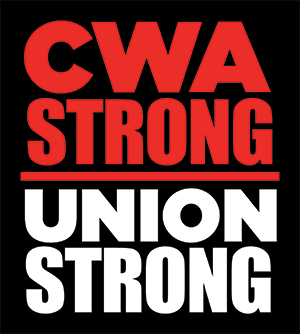 Local 4501 in Columbus, Ohio, took on the challenge and is becoming CWA STRONG. The local represents public workers at the Ohio State University; in Lima, Mansfield, Newark, and Marion, Ohio; the Ohio Secretary of State’s Office; Pickaway County Jobs and Family Services; Franklin County Veterans’ Commission, and other agencies.

Members work in skilled and service trades and as paralegals, benefits and program specialists, and in other occupations.

Local 4501 President Kevin Kee said that when the local and activists "heard about efforts to limit the membership of our union, especially the Friedrichs case, it was a real wake up call."

The local represents about 2,200 workers, and about 500 workers were agency fee payers, just under 25 percent of total membership. Local 4501 is working with other CWA activists, including Local 4310 President Dianne Bailey and Local 4322 organizer Tomika Cooley, to do everything it takes to make sure Local 4501 is CWA STRONG.

"We knew we had to do something. We started with a one-week organizing blitz in October 2014, dedicated to reducing the number of agency fee payers. Organizers from District 4 joined with Local 4501 members in making house calls and onsite visits. We exceeded our goal and actually got 158 new members to sign up that week. It was amazing, and it was the start of our program to make our local CWA STRONG.

"Building on that first week, we knew we needed to continue to organize. We created spreadsheets and databases of every building at OSU where we represent workers, plus members' work shifts and contact information. It's a lot of work, but it's what is needed to reach out to members and engage in the one-on-one contact that is so effective.

"Over the last six weeks, we've stepped up our program, meeting with members and workers at worksites three times a week. With the help of District 4 organizers, we've signed up another 167 people in just six weeks.

"We've learned that it's important to highlight what we're doing, if we've won a member benefit or made other gains, or when we're bargaining a new contract and know that the way to build strength at the bargaining table is by building strength in our numbers. That way, agency fee payers and non-members see what the union is doing. They recognize the value and say they need to sign up.

"And we know that it's important to reach out to everyone. Sometimes, a university worker or county worker hasn't signed up just due to the fact that no one had reached out to them. That's all changed now. Our steady progress is becoming a tremendous success."