Summer of No More Offshoring

Summer of No More Offshoring 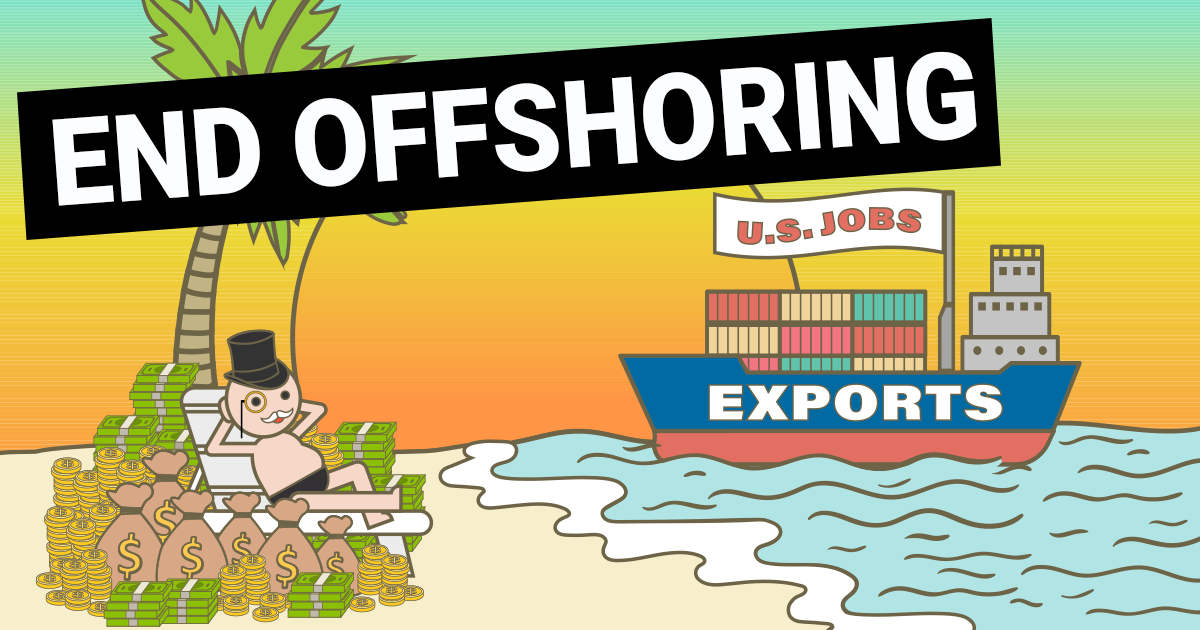 SIGN THE PETITION: Tell Congress to take action to stop offshoring. Support the United States Call Center Worker and Consumer Protection Act of 2019 and the No Tax Breaks for Outsourcing Act and to oppose NAFTA 2.0.

This summer, CWAers all across the country will be taking action to stop corporations from sending our jobs overseas. We're calling it the Summer of No More Offshoring and we hope you'll join the fight. Big corporations like AT&T, CenturyLink, and Wells Fargo are leaving our communities behind to boost profits and exploit working people, not only in the United States, but all over the world. If we want a better future, we have to take action!

CWA is supporting two major bills to help stop corporations from sending our jobs overseas: The United States Call Center Worker and Consumer Protection Act of 2019 and The No Tax Breaks for Outsourcing Act.

Plus, we’re taking on NAFTA 2.0 before the deal goes before Congress for a final vote. NAFTA was a disaster for working people, and the new NAFTA that President Trump signed last year needs big improvements before it will truly protect working people.

The United States Call Center Worker and Consumer Protection Act of 2019 (S.1792 and H.R. 3219) is a bill that would ensure that taxpayer dollars are not rewarding companies that offshore their customer service work and would give consumers the power to decide where to have their calls handled.

For years, U.S. companies have been exporting call center jobs by the thousands in a global race to the bottom in order to take advantage of workers overseas and paying them a fraction of American wages. Corporations take advantage of weak labor laws in other countries which put safety, health, and living standards of working people at risk. Companies also use outsourced labor as a loophole to avoid regulatory oversight, putting U.S. consumer privacy and data security at risk. This bill would help protect working people in the U.S. and around the globe.

No Tax Breaks For Outsourcing Act

The No Tax Breaks for Outsourcing Act would reverse the incentives to send jobs overseas in the Tax Cut and Jobs Act of 2017 (a.k.a. the Republican corporate tax cut bill).

Right now, companies benefiting from the corporate tax cut bill like AT&T and Wells Fargo ship our jobs overseas and are gifted billions of dollars in tax breaks, encouraging them to offshore even more work. That’s unacceptable! This bill would reverse these incentives to offshore work.

For millions of working families NAFTA has been a disaster resulting in lower wages and lost jobs. Late last year President Trump signed a new NAFTA (a.k.a. NAFTA 2.0) deal that offers improvements, but falls short of truly protecting working people.

There is nothing in the new deal to protect call center workers from more offshoring or properly enforce labor rights standards. The harmful ISDS, the private justice system for multinational corporations, is narrowed but still included in the deal.

That’s all bad. But the biggest giveaway of all in the new NAFTA is to big pharmaceutical companies. The deal guarantees extended monopoly rights for pharmaceutical companies to block generic competition and keep drug prices in the United States as high as they want. That’s terrible news, especially for the one in five Americans who already can’t afford the medicines they are prescribed.

But we have a chance to make sure the new NAFTA deal is improved before going before Congress for a final vote, by encouraging our elected leaders do the right thing and make sure NAFTA 2.0 works for working people.