Sixteen partial college scholarships of $4,000 each are being offered for the 2022-2023 school year. Winners, selected in a lottery drawing, also will receive second-year scholarships of the same amount contingent upon satisfactory academic accomplishment. Part-time students, less than 12 credits, will receive half of the scholarship monies.

Eligible for the awards are CWA members and their spouses, children and grandchildren, including those of retired or deceased members. 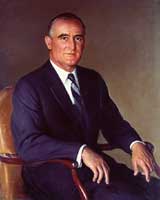 The CWA Joe Beirne Foundation was established in October 1974 by the Communications Workers of America Executive Board to honor the name and memory of the founding President of CWA, who served for more than 30 years. In his capacity as the first CWA President, Joe Beirne took great pride in the roles he played in the fields of education and learning and other areas of social concern. On April 26, 1999, the CWA Executive Board voted to combine the Joseph Anthony Beirne Memorial Foundation and the Ray Hackney Scholarship Fund, thereby creating the CWA Joe Beirne Foundation. Read more about Joseph Beirne.

CWA members, their spouses, children and grandchildren (including dependents of laid-off, retired or deceased CWA members) may apply. Applicants must be high school graduates or at least high school students who will graduate during the year in which they apply. Undergraduate and graduate students returning to schooling may also apply. Prior winners may not reapply.

Winners are chosen by lottery drawing and only winners will be notified. Click here for a list of past winners.

No specific studies are required. Scholarship winners may pursue whatever courses they wish.

The CWA Joe Beirne Foundation has been built up by voluntary contributions and is self-perpetuating. Contributions and pledges are received from CWA Locals, members and officers.

Applications should only be submitted through the online application form.

The son of Irish immigrant parents – his dad was a union railroad worker – Beirne grew up in Jersey City, N.J. and went to work in 1927 for Western Electric, the Bell Telephone System's manufacturing arm. With the New Deal labor reforms and passage of the Wagner Act in 1935, Beirne and others were inspired to begin organizing the nation's phone workers.

After the National Federation of Telephone Workers was formed in 1938, the fiery and charismatic Beirne soon ascended to the presidency in 1943 at the age of 32. He set himself the mission of molding this loose federation of autonomous unions into a true international union. That goal, forged in the fires of a tough nationwide strike by 350,000 Bell System workers in 1947, was achieved the following year with creation of the modern Communications Workers of America.

With a strong new national structure and affiliation with the militant CIO in 1949, CWA under Joe Beirne's leadership broadened its organizing focus, grew steadily in numbers and strength, and used an innovative pattern bargaining strategy to raise wage and benefit standards throughout the communications industry. The union also became a leading force in the political and legislative arenas, community services, the civil rights struggle, and global labor affairs.

When Beirne, who was seriously ill, stepped down from the presidency in June of 1974, CWA had become recognized as one of the most dynamic and progressive unions in the world – qualities that also described its leader for more than three decades.