CWAers in Florida Ramp Up Their Election Mobilization

CWA political activists in Florida have been ramping up their efforts to mobilize and build support for pro-worker candidates in the upcoming midterm elections. They have been engaging in door-to-door member canvassing in South and Central Florida for the general election. Earlier this week, teams of members went out to knock on member household doors in Miami and Orlando to build support for Charlie Crist, who is running for Governor; Val Demings, who is running for U.S. Senate; and other CWA-endorsed candidates. Members in Miami are also participating in a new Political Activist Training class. 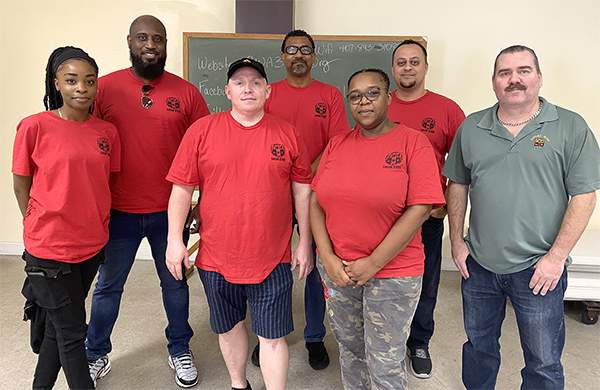 The midterms are coming up and we have the opportunity to elect candidates that put the interests of working families first. CWAers all over the country are mobilizing to build support for all of our endorsed candidates. It’s crucial that all CWA members take part in this effort, make our voices heard, and vote. To find out more about the CWA Political Program, view all of CWA’s endorsed candidates, and sign up to volunteer in your area visit CWA.org/Vote.

To check your voter registration status and get the information you need to vote, including polling place locations and resources to vote by mail safely and securely, visit aflciovote.org/vote.

Keith Ellison has a long history of supporting unions and workers during his career in Congress and his current role as Minnesota Attorney General. During his time in Congress, he fought against unfair trade deals like the Trans-Pacific Partnership, a deal that would have opened the door to more outsourcing of good, union jobs. He has brought his commitment to workers to his role as Attorney General. He played a crucial role in helping protect CWA Jobs at Frontier Communications. In addition, he created the first ever unit at the Attorney General’s office to pursue wage theft against workers. He has also taken on the big corporations that have engaged in price gouging and he has not shied away from standing up to big tech companies like Facebook and Google, who prioritize profits over workers. Time and time again, he has walked the picket line with union members.

Join your fellow CWAers on the National Day of Action to phone bank together and re-elect one of our labor champions. Sign up here.