Last Friday, the National Labor Relations Board ruled that the Quality Assurance workers at Activison’s Raven Software studio, who are organizing with CWA, may proceed with their union election. Activision Blizzard refused to voluntarily recognize the Game Workers Alliance/CWA, and has been using every procedural route possible to delay the vote in an attempt to subvert the workers’ effort to have a voice on the job.

“We are pleased that after reviewing the evidence, the National Labor Relations Board rejected Raven Software management’s attempts to undermine our efforts to form a union. It’s now time for Raven management to stop trying to prevent us from exercising our rights. We are looking forward to voting for – and winning – our union,” said the workers in a statement. Ballots will be mailed to eligible workers on Friday, April 29, and votes will be counted on May 23. They are the first unit within Activision Blizzard to form a union.

Last August, AT&T In Home Expert (IHX) workers based in Southfield, Mich., won a hard-fought election to join CWA, and now their colleagues in the rest of the state have joined them as CWA members. They are building power with hundreds of thousands of workers at AT&T and other telecom companies to bargain for good jobs and strong contracts.

To keep our union strong, we must never stop organizing and mobilizing. That's why members in Santa Fe, N.M., spent several days last week engaging with State of New Mexico workers who are represented by CWA. The members held actions at their offices, made phone calls, and visited their coworkers at their homes. They talked about the historic wins that CWAers helped secure and the fight to overcome the challenges state workers face. The activists were able to nearly double Political Action Fund (PAF) contributions for CWA Local 7076, bring in new members, give members valuable organizing training, and identify new stewards to keep the fight moving forward. 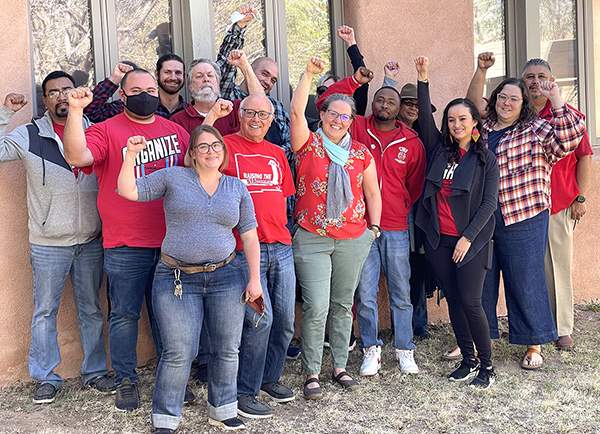 Last week, Verizon Wireless unjustly fired Jesse Mason, an employee in Seattle, Wash., who is organizing with his coworkers to join CWA. Jesse works right down the road from two Verizon Wireless stores that won their union vote a couple of weeks ago. After Verizon Wireless found out that Jesse and his coworkers were building support for their union, they fired him on bogus charges in a clear attempt to intimidate the workers. Jesse and his coworkers are not backing down. Help them make sure that Verizon knows they won’t be deterred by sending a letter to the CEO of Verizon, Hans Vestberg, demanding he reinstate Jesse and stop the intimidation tactics. Click here to take action. 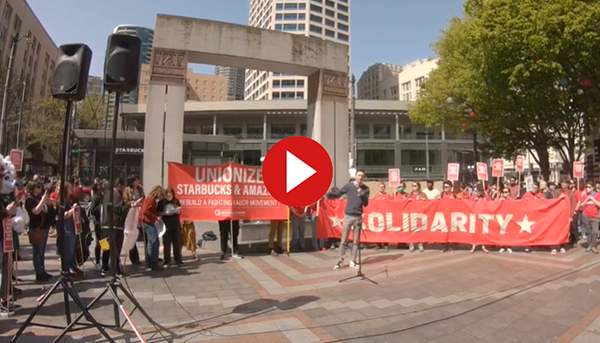 Jesse Mason, unjustly fired by Verizon Wireless in retaliation for organizing, spoke to a crowd of supporters at a Starbucks Worker Solidarity Rally in Seattle, Wash.