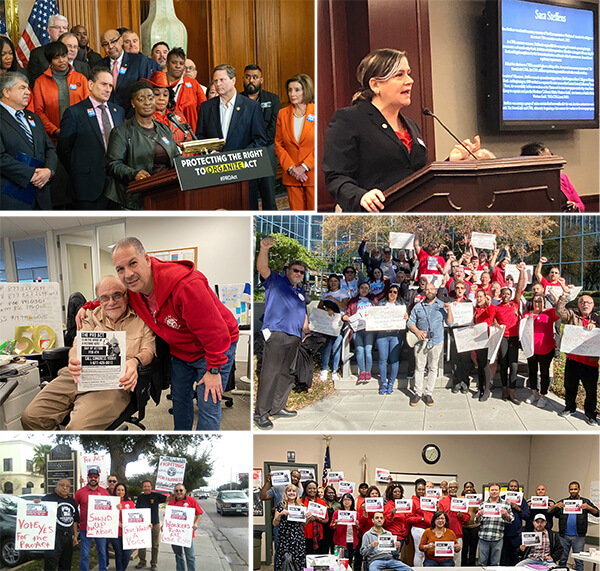 At the opening of bargaining this week for more than 8,000 AT&T Southwest Mobility employees in Texas, Missouri, Oklahoma, Kansas, and Arkansas, the CWA bargaining team urged AT&T to negotiate a contract that includes wage and benefit improvements and a commitment to keeping good, family-supporting jobs in the region. Workers set up informational picket lines at retail stores and call center locations across the region in support of the bargaining.

"The employees of Mobility handle every technology offered to consumers and play a critical role in AT&T's core business. It's time for the company to stop focusing so much on pumping up its stock price and focus on investing in its employees and the next generation networks that our communities need," said Jason Vellmer, a CWA Staff Representative who is leading the bargaining team.

AT&T has continued to cater to the demands of controversial vulture hedge fund Elliott Management, which purchased a small stake in AT&T in September 2019. Elliott is pushing AT&T to extract profits from the company by eliminating jobs, outsourcing work, and divesting critical assets.

The current contract expires on February 21, 2020. 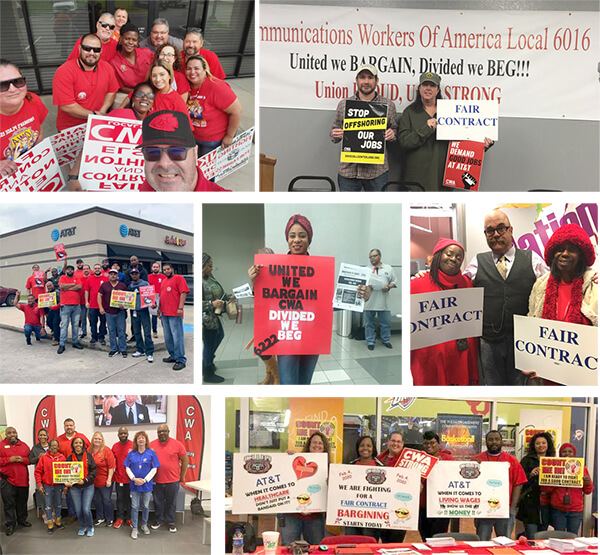 As bargaining opened yesterday for T-Mobile retail workers in Pinole, Calif., members of CWA and other labor unions gathered outside of the bargaining location to show their support. Addressing the rally, CWA District 9 Vice President Frank Arce said, "This T-Mobile store in tiny Pinole has set the example for not just T-Mobile, but for the wireless industry to take the next step." 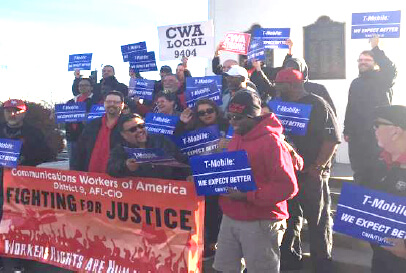 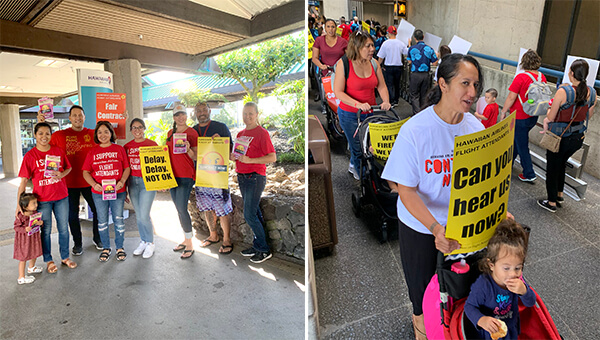 "We are now trying to get more members of the larger working community to share our message," Jaci-Ann Chung said. "We live in these communities and it's important to let Hawai'i residents know what is going on."

The three new Gannett units join 32 long-established units at what has become the largest chain in the industry, following the company's merger with GateHouse Media in November.

"This union is us, we are the reporters, photographers, designers, and editors that bring Michiana the highest quality news we can," said Michael Caterina, Tribune photographer. "This union will give us, the people that live here, a seat at the table when it comes to our employment."

CWAers are fighting to make billionaires pay their fair share! On Tuesday, members of CWA Local 1118 joined State Senator Jen Metzger, Assemblymember Yuh-Line Niou, and other allies for the announcement of a bill that would tax corporate stock buybacks in New York, raising more than $3 billion annually.

Later the same day, members of CWA Locals 1101 and 1180 rallied on Wall Street to #MakeBillionairesPay. Two AT&T Mobility workers from CWA Local 1101 talked about the devastating effects of job cuts at AT&T, which plans to spend $30 billion buying back its own stock to boost stock prices. AT&T has cut more than 37,000 jobs since the Republican corporate tax cut bill went into effect two years ago.

Although Donald Trump, Republicans in Congress, and AT&T CEO Randall Stephenson pledged that the tax bill would lead to more jobs, higher wages, and greater investment, those benefits have not materialized. Instead, corporations have used their tax windfall to finance stock buybacks which benefit wealthy investors and corporate executives. 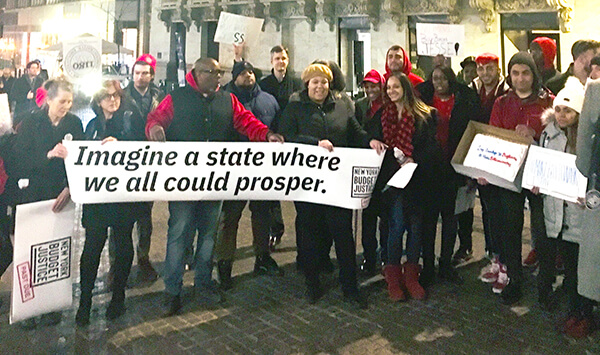 Members of CWA Locals 1101 and 1180 rallied on Wall Street to #MakeBillionairesPay.

The financial situation at Frontier Communications continues to deteriorate. Recent press reports indicate that Frontier management is considering a bankruptcy filing by mid-March. CWA's leadership has been monitoring the situation closely and has reached out to Frontier management to come to the table to work together to turn the business around. So far new Frontier CEO Bernie Han has shown no interest in working together on these vital issues.

CWA will be holding a town hall call on February 13 to discuss what a bankruptcy could mean for CWA members and how members are fighting to protect their future at Frontier.

Click here or text FTR CALL to 49484 to register for the call. 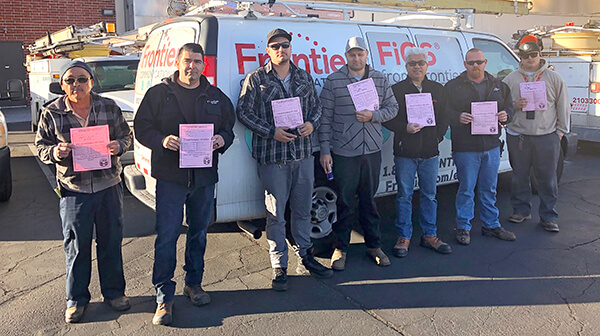 Georgia has slashed funding for higher education and offloaded responsibility to students and employees, and members of the United Campus Workers of Georgia-CWA are fighting back! UCWGA-CWA members held a rally Wednesday at the Georgia Capitol to push for lawmakers to raise the minimum wage to $15 per hour for University System of Georgia employees and to waive the exorbitant fees that graduate students pay for various campus services while working as teaching assistants.

Read more about the action here.

UCWGA-CWA members held a rally Wednesday at the Georgia Capitol to push for a $15 minimum wage and to waive exorbitant campus services fees.

Over the last decade and a half, Cristina Tzintzún Ramirez has led some of Texas' largest and most important labor and voting rights organizations. With her background of standing up for working people, Tzintzún Ramirez is best suited to address the pressing needs and challenges of all Texas working families – not just the privileged few.

"On behalf of the more than 38,000 CWA members in Texas, we are excited to throw our full support behind Cristina Tzintzún Ramirez for the U.S. Senate. As a tireless fighter for working people, Cristina represents the change we so desperately need in Texas and in our nation," said Claude Cummings, Jr., CWA District 6 Vice President.

Judge Jennifer Brunner is a candidate for the Ohio Supreme Court in 2020. She served as Ohio Secretary of State from 2007-2011, fighting for important reforms to expand voting rights like same day voting.

"Workers don't want favors, just a level playing field in our State courts. Judge Brunner has proven as Secretary of State and as a District Court Judge to be very fair and open minded. Working families will benefit from having her on the Ohio Supreme Court," said Linda L. Hinton, CWA District 4 Vice President.