In a big victory for CWA members, who have been writing letters, sending postcards to legislators, making phone calls, and traveling to the state capitol in Albany time and time again to get this bill passed, Governor Andrew Cuomo signed the New York State Call Center Jobs Act into law on January 2. This new law is a historic advancement that will protect New York call center workers and other state taxpayers by denying state grants, loans, and tax breaks to companies that move New York call center jobs out of the country and by creating a "bad actor" list of companies that engage in this behavior.

Governor Cuomo's signing follows overwhelming and bipartisan support from the New York Assembly (130-18 vote in June 2019) and the State Senate (58-3 vote in March 2019).

"Today is a great day," said Brittni Everett, a call center worker from Albany. "The voices of New York workers drowned out those of the big corporations who have prioritized profits over people. I am so proud of our elected officials for standing up for call center workers who just want to be able to rely on their good, middle-class jobs. As a single mother, I know the importance of this legislation first hand and I know how it will personally affect me and my child."

CWA members worked hard to pass the New York call center bill, including lobbying, calling, and writing postcards to legislators, rallying, and holding press conferences to get the legislation over the finish line.

Check out the trailer for "The Democracy Rebellion," which airs on PBS stations this month, featuring CWA President Chris Shelton. 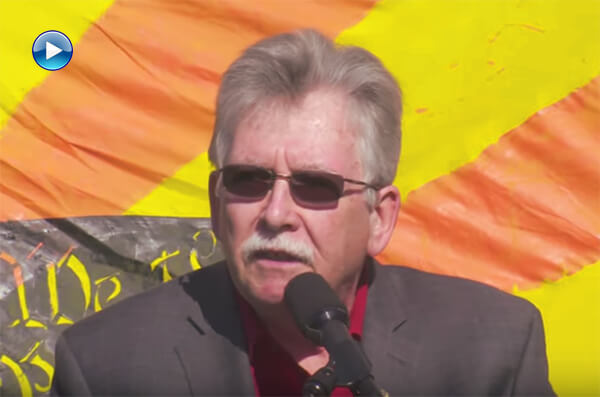 Employees of Sports Illustrated announced Monday that an overwhelming majority of the 80-person newsroom staff has signed cards indicating support for joining the NewsGuild of New York-TNG-CWA Local 31003. They are seeking voluntary recognition from the magazine's new operator, TheMaven.

"We are fighting for a say in Sports Illustrated's future, for the job protections that allow us to freely pursue independent journalism, for the editorial standards and integrity that our readers demand, and for the diverse and equitable workplace we deserve," the group wrote.

The news comes three months after TheMaven instructed Meredith, the former owners, to lay off more than 40 staffers as part of the sale of the publication and days after the official transition from Meredith to TheMaven.

"As journalists, we hold the teams and athletes we cover accountable. It is our responsibility to do the same in our own workplace," Senior Writer Jenny Vrentas said in a press statement. "We are unionizing to ensure that Sports Illustrated is a safe, inclusive place to work, where all employees are treated equally and can continue to perform our jobs at a high level."

The journalists of The Springfield News-Leader took action to get some local control over local news. On Monday, they announced they're forming a union at the Gannett-owned publication. Every full-time staffer at the paper signed a card indicating support for forming the Springfield News Guild, a unit of The NewsGuild-CWA's United Media Guild local.

"For more than 150 years, we have written, photographed, and edited the first draft of Ozarks history," the Organizing Committee wrote. "We hold governments, businesses, and schools accountable. We capture and measure progress as it happens. We tell the stories of the incredible people who live here. But that work has gotten harder and harder as faraway executives have ordered cut after cut to our staff and our service to the community," they said.

Workers plan to negotiate for better wages and benefits that will make jobs at the paper more stable. Joining together in a union will also give them "a seat at the table" the next time the company orders layoffs or other cost-cutting measures, they said.

The Newspaper Guild of Pittsburgh-TNG-CWA Local 38061 has won a grievance protesting the Post-Gazette's failure to pay for healthcare premium increases for the past two years, the local announced Dec. 30.

Management's failure to maintain employees' health insurance benefits was one of the issues that gave rise to recent protests by the local, including a month-long byline strike, a staff vote of "no confidence" in the executive editor, and staff leafleting about disputes with management outside public events.

The arbitrator's ruling in the health care case "shows in no uncertain terms that our position was right all along," said Pittsburgh Local President Michael A. Fuoco. "If the company wasn't paying millions for bad legal advice from a union-busting attorney – as evidenced by this ruling and a recent federal court ruling regarding the Teamsters – we would have had fair and equitable contracts long ago."

He urged the Block family, which owns the paper, to negotiate in good faith. "The future of the Pittsburgh Post-Gazette is at stake and we want to save it," he said.

More than a dozen CWA customer service activists from Locals 2201, 2204, and 2205 in Virginia took part in a political action bootcamp this week. The training included making plans to help get pro-labor candidates elected in 2020, a legislative agenda briefing for 2020 and beyond, a state call center action plan, and lobbying training.

Airline Outsourcing, Restructuring, and Consolidation are Harming Workers and Consumers

This week, CWA released a new report called Fissuring in Flight, by labor economist Dr. Brian Callaci. The report analyzes government data to show how major airline carriers have used outsourcing, restructuring, and consolidation to suppress wages and erode the quality of jobs in the airline industry.

Callaci will testify at a January 15 U.S. House Subcommittee on Aviation hearing, "Oversight of Working Conditions for Airline Ground Workers," along with Piedmont Airlines passenger service agent Donielle Prophete, Vice President of CWA Local 3645, who will call on American Airlines to address serious safety issues for passenger service agents at the company's subsidiaries including Piedmont. Prophete has first-hand experience of the tragic consequences when safety hazards go unaddressed. She works at Charlotte Douglas International Airport, where CWA member Kendrick Hudson was killed in August when the vehicle he was driving flipped over after hitting a piece of baggage he could not see that had fallen out of a luggage cart.

The report highlights the impact of a merger wave across the U.S. domestic airline industry that has resulted in control of the market by three legacy airlines – America, Delta, and United – with limited competition from other airlines. Those three large domestic airlines are outsourcing ground and passenger service work to third-party contractors, and relying on regional airlines they've acquired or contracted for an increasing share of routes to do the same work as direct employees but for lower wages.

We'll be posting updates from the hearing on CWA's Facebook page, and the hearing will be livestreamed beginning at 10 am EST on January 15 at https://transportation.house.gov/committee-activity/hearings/oversight-of-working-conditions-for-airline-ground-workers.

On Tuesday, CWA announced the launch of the Campaign to Organize Digital Employees (CODE-CWA), a new initiative to support workers' organizing efforts in the technology and game industries. CODE-CWA will provide resources for workers who are joining together to demand change and bring union representation to their workplaces.

"Companies in the technology and game industries have gotten away with avoiding accountability for far too long," said CWA President Chris Shelton. "Workers in these industries are exposing the reality behind the rhetoric. This initiative will help tech and game workers reach the next level in their efforts to exercise their right to join together and demand change."

As employees at major North American tech and game companies have grown increasingly active and outspoken about workplace issues, many have expressed interest in joining a union to build power for lasting change. Through CODE-CWA, these workers will have the support of CWA members and organizers across the U.S. and Canada.  Visit www.code-cwa.org for more information and check out the L.A. Times story on the launch here. 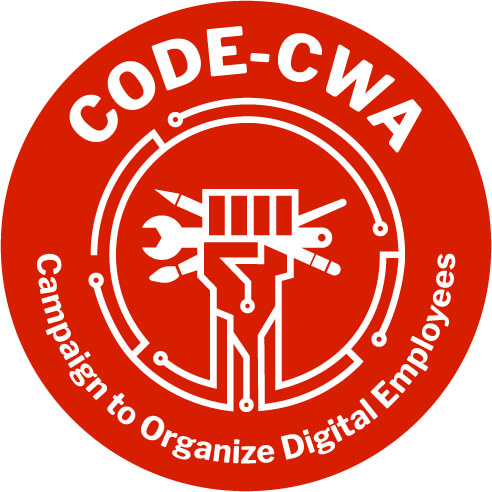 As the COVID-19 pandemic continues, all CWA members should practice appropriate protocols for avoiding infection. If you are at high risk for exposure at work, your employer should be providing appropriate Personal Protective Equipment. For more information, visit the CWA COVID-19 resource page at cwa-union.org/covid-19.

If you have concerns about COVID-19 protocols in your workplace, contact your shop steward or a local officer.

If you have been exposed to COVID-19 or are experiencing symptoms consistent with infection, contact your healthcare provider immediately and follow reporting procedures established by your employer. Also notify your CWA Local or District as soon as possible.

"With the approval of GoJet Flight Attendants, we will have the protection of a union contract. This is no small achievement and I am proud of the efforts of my flying partners who stood together to get what the vast majority of workers in America want. This provides GoJet Flight Attendants with a solid foundation for our future," said Joanne Churchill, AFA-CWA GoJet Airlines President. 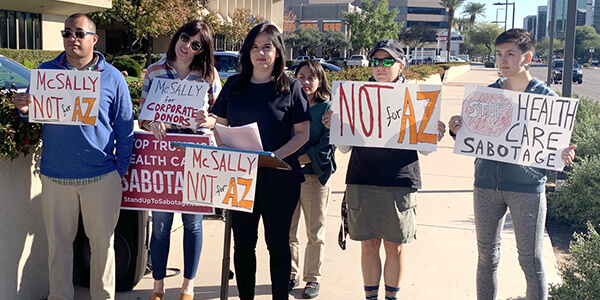