Workers at a Bay Area T-Mobile retail store in Pinole, Calif., have voted to join CWA. During the election campaign, T-Mobile engaged in unlawful intimidation of the workers, holding one-on-one interrogations about their union activity and threatening to fire them. The T-Mobile employees in Pinole persisted despite T-Mobile's threat of retaliation.

"All wireless workers deserve a voice on the job to address wages, benefits, and working conditions," said CWA District 9 Vice President Frank Arce. "This is just the first step. T-Mobile has already shown their disregard for laws that protect workers. We will be keeping a close eye on the company as these workers negotiate their first contract to make sure that the talks proceed smoothly and without delay."

"I am so proud of what we've done to stand up for ourselves," said Symone Ramirez, a Mobile Expert at the Pinole T-Mobile store. "Most people are too afraid to try to make a difference at work, especially when managers threaten to fire you for speaking out. But we found out that if you stick together as a team, even a small group of people can make a big change." 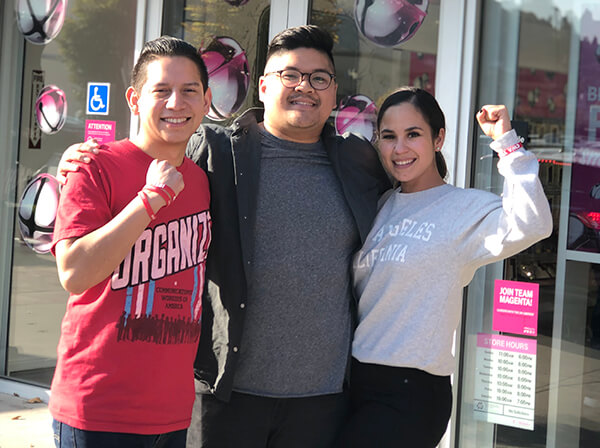 Workers at a Bay Area T-Mobile retail store in Pinole, Calif., have voted to join CWA.

Demonstrating a shared commitment to building worker power in the call center industry, CWA and FEDOTRAZONAS, a leading union in the Dominican Republic, last week announced a new Solidarity Alliance Agreement. The two unions represent call center workers who are employed at many of the same companies or who work at vendors that handle customer service work for those companies.

"Working together, we will reject multinational corporations' efforts to pit call center workers on both sides of the offshoring equation against each other and end the global race to the bottom that drives down wages and undermines working conditions in both countries," said CWA President Chris Shelton.

In the agreement, CWA and FEDOTRAZONAS commit to holding a joint annual leadership meeting and developing an exchange program to enable members of both unions to discuss their mutual struggles and engage in education programs. The unions also pledge to support each others' contractual and collective bargaining struggles and assist each other with efforts to help more workers have a voice at work by joining unions.

Read through the full Solidarity Alliance Agreement between CWA and FEDOTRAZONAS here. 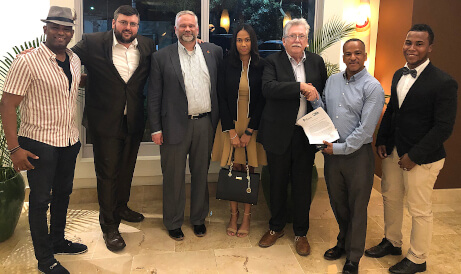 CWA President Chris Shelton signed an agreement to build worker power in the call center industry with FEDOTRAZONAS, a leading union in the Dominican Republic.

CWA members will participate in a global day of labor union action on December 10, International Human Rights Day, to protest the severe repression of labor union and other activists in the Philippines.

Philippine President Rodrigo Duterte's government has been using raids, arrests, and violent attacks in an attempt to silence and intimidate brave union and progressive organizers who are seeking to improve the lives and conditions of Filipino workers.

Anne Krueger of BIEN, who helped CWA members during the Verizon strike, is among those recently arrested. Anne is out on bail and faces arraignment in the coming days and CWA continues to push for the charges to be dropped against Anne and other union members.

Recent reports indicate that the United States may begin negotiating a new free trade agreement with the Philippines. CWA opposes this action, which would send a terrible message to repressive governments everywhere, giving them a green light to continue suppressing dissent and retaliating against those who dare to speak out.

Show your support for Filipino workers by joining an International Human Rights Day action and by spreading the word about the risks they face on social media. Keep an eye on CWA's Facebook page and follow the Twitter hashtag #StopTheAttacks for posts that you can share. 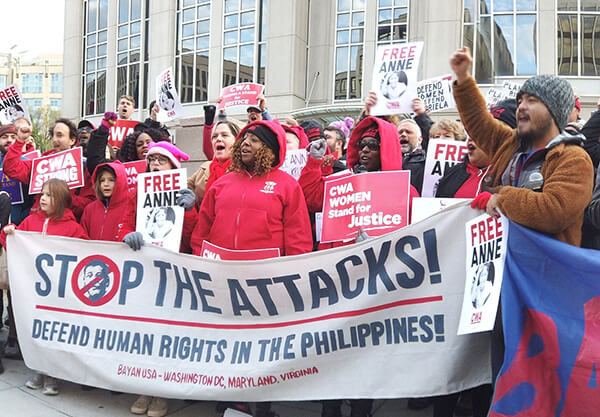 In November, CWA members showed their support for CWA ally Anne Krueger and other Filipino labor union activists outside the Embassy of the Philippines in Washington, D.C.

Union representation provides critical protections for workers, especially during corporate mergers. As two of the largest newspaper chains in the country, GateHouse and Gannett News, plan to merge, U.S. Senators Sherrod Brown (D-Ohio), Tammy Baldwin (D-Wis.) and Bob Menendez (D-N.J.) are fighting to ensure that company employees aren't left behind. The senators sent a letter to urge Gannett News and GateHouse to voluntarily recognize any union selected by a majority of workers in any GateHouse- or Gannett-owned newsroom.

"Union representation will empower workers to advocate not only for themselves but also their newspapers and communities," the senators wrote. "In many communities, local newspapers are the primary source of news and information, yet the consequences of closing or hollowing out a newspaper are not considered by news executives seeking to maximize shareholder value and profit. Through collective bargaining with the newsrooms, affected communities will have a voice in decisions about their newspapers."

Trump's NAFTA 2.0 is not good enough – especially for workers and the environment. Congress must NOT say yes to NAFTA 2.0 until we get it right.

In a new video, CWA's Director of Legislation, Politics, and International Affairs Shane Larson explains why we need a trade agreement that benefits everyone ^ndash; not just corporations and the global 1%. 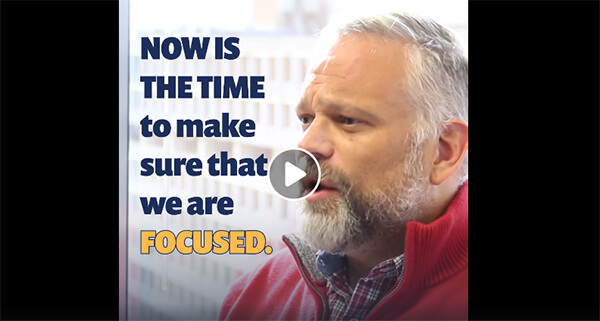 U.S. House Passes Bill to Prevent Violence in the Workplace

In a huge victory for working people, the U.S. House passed H.R. 1309, the Workplace Violence Prevention for Health Care and Social Service Workers Act, by a vote of 251-158. Hundreds of Democrats and 32 Republicans supported the bill, recognizing that health care and social service workers should not have to worry about whether they are going to be injured in an assault on the job.

This bipartisan legislation, introduced by Congressman Joe Courtney (D-Conn.), directs the Occupational Health and Safety Administration (OSHA) to issue a workplace violence prevention standard requiring employers in the health care and social service sectors to develop and implement plans to protect their employees from workplace violence.

"Violence is not 'part of the job.' Violence is a significant hazard affecting CWA members in the health care and social services industry. CWA is including votes on this bill on our CWA congressional scorecard, and we are now urging the U.S. Senate to pass the bill," said CWA Director of Government Affairs Dan Mauer.