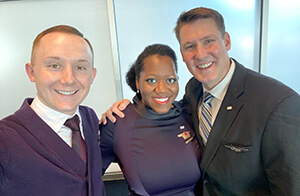 In a statement announcing the organizing efforts, the union's leadership, including AFA-CWA International President Sara Nelson, pointed out that as long as Delta management retains control of pay, benefits, and working conditions at the industry's most profitable airline, workers' bargaining power at all airlines is cut short.

Help us welcome Delta Flight Attendants to our union today as we work together to build worker power. 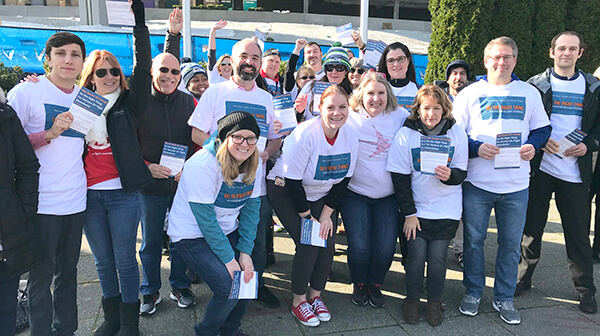 CWAers delivered across the country for working people in this week's elections! CWA members knocked on doors, made phone calls, and got out the vote to elect pro-worker candidates, including some of their fellow CWA members. 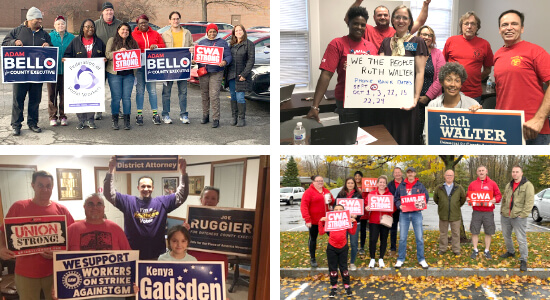 CWA members across New York, New Jersey, and New England knocked on doors and made phone calls to elect pro-worker candidates, including their fellow CWA members, in a variety of local races that will have a huge and direct impact on our communities. See the full list of CWA District 1 wins here. 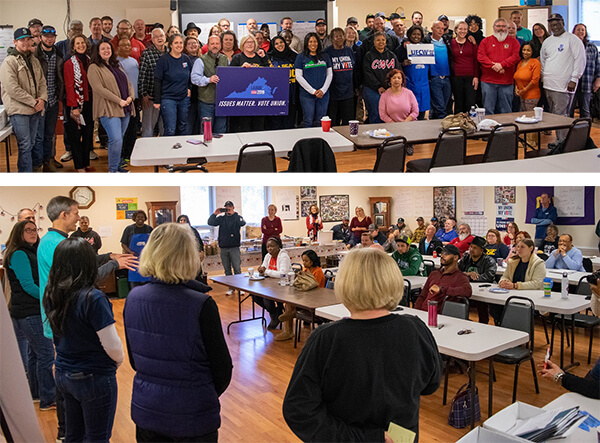 CWA Local 2201 hosted a labor canvass to get out the union vote for pro-worker candidates in Richmond, Va. They joined forces with members of UFCW, AFGE, IBT, IBEW, NALC, UA, SMART, and OPEIU to knock on doors and make phone calls, helping contribute to a strong effort from Democrats, who took over the House of Delegates and the State Senate on Tuesday.

According to disturbing reports from the Philippines, military police raided the regional offices of several progressive and union organizations in Bacolod on Friday, arresting union organizer Mary-Anne Krueger (known as Anne) and others. Witnesses to the raid report that those conducting the raid planted two pistols and eight bullets on the property as a pretext to make the arrests.

Anne and her husband Michael de la Concepcion are longtime union organizers in the Philippines and CWA allies, even hosting CWA members when they visited during the 2016 Verizon strike. Last week's arrests, which may number as many as 60, appear to be part of a larger orchestrated crackdown meant to discourage workers from organizing.

"The arrest of Anne Krueger and larger raids and retaliation against union and progressive organizers are unacceptable and the latest evidence of the effort to silence and intimidate those seeking to improve the lives and conditions of Filipino workers," CWA President Chris Shelton said. "CWA strongly condemns the raids and arrests and stands in solidarity with Anne and her family and all those arrested in what appears to be a crackdown on workers exercising their human rights."

Apply for the Beirne Foundation Scholarship for 2020-2021

The CWA Joe Beirne Foundation will award 16 partial college scholarships of $4,000 each for two years for the 2020-2021 academic year. CWA members, their spouses, children, and grandchildren are eligible for the scholarships, including the dependents of retired, laid-off, or deceased members. 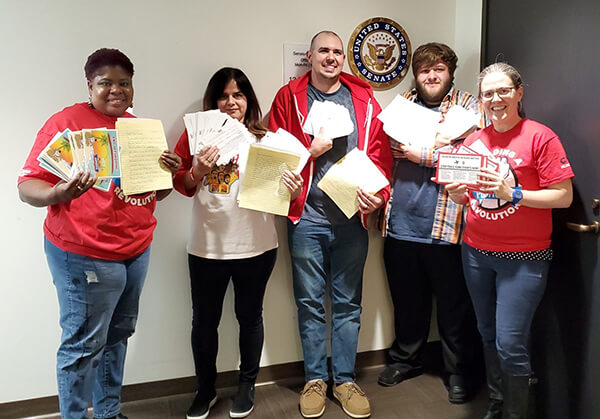 IUE-CWA President Carl Kennebrew authored an op-ed that was published by the Columbus Dispatch laying out how the Trump NAFTA 2.0 plan falls short for working people:

"For a renegotiated NAFTA to work better for workers, it would need to level the playing field. That means that it would need to include strong labor and environmental standards with swift and certain enforcement mechanisms," Kennebrew wrote. "Unfortunately, President Trump's USMCA deal doesn't address these issues. There are still too many loopholes and weaknesses in the standards, and the enforcement mechanism actually takes a step backward from past deals, in which labor and environmental enforcement was already far too weak."