CWA political activists in District 6 kicked off their election mobilization for the upcoming midterm elections with a virtual town hall and phone bank last week. Over 70 CWAers from across the district turned out to hear from endorsed candidates and take action. CWA District 6 Vice President Claude Cummings Jr. kicked off the event, speaking about the importance of this election and urging everyone to vote and encourage others to do the same. The virtual town hall featured other guest speakers such as Rochelle Garza, candidate for Texas Attorney General; Trudy Busch Valentine, candidate for U.S. Senate in Missouri; and a video message from Chris Jones, candidate for Arkansas Governor. CWA District 6 will be holding virtual phone banks every Tuesday and Thursday from now until the election. Members will also have an opportunity to volunteer to phone bank and block walk in-person, locally. Sign up here to volunteer. 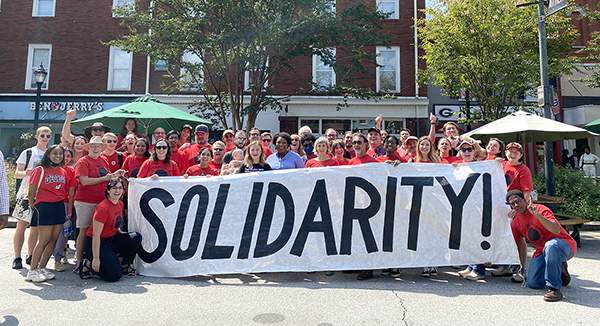