Last week, the California State legislature passed critical legislation, sponsored by CWA District 9, that will protect call center workers by putting in place serious financial disincentives for employers who move jobs out of California. The legislation faced fierce opposition by various groups including the California Chamber of Commerce, California Retailers Association, California Bankers Association, CTIA-California Wireless Association, and others. However, the legislation was able to move forward thanks to the activism of CWA members, who mobilized to build support for the legislation, and the CWA District 9 Legislative and Political team, who continuously engaged in prolonged and intense negotiations with the Governor's office, state representatives, numerous organizations, employers, and state entities.

The bill also received support from other labor organizations including the California Labor Federation, California Federation of Teachers and United Steelworkers District 12. The legislation is now on the Governor’s desk, who has until the end of the month to either sign or veto it. CWAers across the state are continuing to mobilize to ensure that the bill moves over the finish line and is signed into law, providing critical protections for call center workers in the state.

Cassie Pennings, a nurse and a member of UC Health Workers United (CWA Local 7799), testified in front of the U.S. Senate Committee on Banking, Housing, and Urban Affairs as part of a panel of consumers and workers who spoke about their experiences with new consumer financial products and their impact on the dignity of work. Her testimony focused on a program called the Training Repayment Agreement Plan (TRAP) which has become a prominent tool by major employers to force new workers to stay on the job until an arbitrary date set by the employer or be subject to repay training costs plus​ sky high interest.

Cassie’s testimony details her experience as a new nurse who quickly got overwhelmed by the poor working conditions such as unsafe staffing ratios and inadequate resources which made it difficult for her to continue working. But after making the decision to resign, Cassie was told that she needed to pay $7,500 because of the TRAP she had to sign to get the job in the first place. “That’s two months of my salary. That’s more than six months rent. Suffice it to say, we certainly did not receive $7500 worth of benefits through the program. Hospitals have demonstrated they would rather trap their employees with the threat of debt than incentivize them to stay” said Cassie. She concluded her testimony saying, “As you consider policy moving forward, I ask you to remember my patients, think of your loved ones, and to prioritize empowering and protecting the people at bedside with them by banning abusive practices like TRAPs. 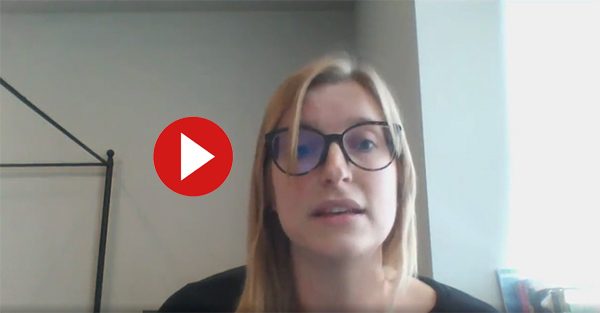 Watch Cassie Pennings, a nurse and a member of UC Health Workers United (CWA Local 7799), who testified in front of the U.S. Senate Committee on Banking, Housing, and Urban Affairs.