In a hard fought victory for CWA members in New York, the State Assembly unanimously passed legislation that will protect good union jobs by preventing companies from shifting work to non-union third party contractors.​ The bill requires the Public Service Commission to respect current collective bargaining agreements relating to pole attachment work between telecommunications, utility, and cable companies and their employees. CWAers throughout New York held meetings with and sent thousands of emails to their representatives in the New York State Senate and Assembly to advocate for this bill.

The “One Touch, Make Ready” (OTMR) rule allows companies to attach new equipment to utility poles or move existing equipment in a rushed timeframe and without sufficient oversight from utility pole owners. If done improperly, pole attachments can cause facility damage, service interruption, and hazardous circumstances for workers and the public.

"One Touch, Make Ready sets a dangerous precedent both in terms of breaking the collective bargaining relationship between workers and employers, and lowering safety standards for telecommunications work, putting our communities at risk,” said CWA District One Vice President Dennis Trainor. “S.8919/A.10216 puts a stop to this harmful, anti-union regulation and ensures the continued safety and quality of the work, at a time when it's more important than ever to bring broadband to all New Yorkers.” 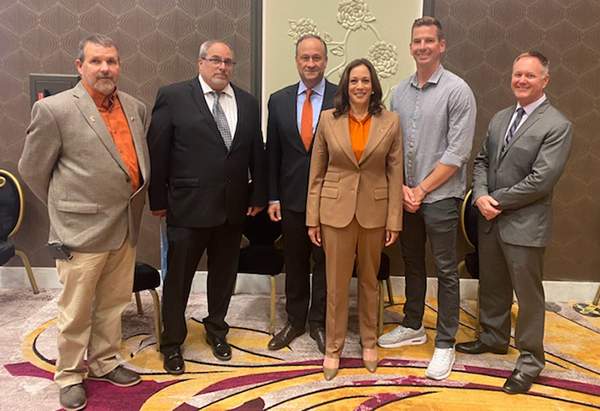 Last week, CWA Broadband Brigade member and Local 9413 President Marc Ellis (second from left) joined other labor leaders to meet with Vice President Kamala Harris in Reno, Nev. During the meeting, Ellis discussed CWA’s campaign in Nevada to build broadband better by ensuring taxpayer funds support good, union jobs and equitable broadband expansion. The Vice President expressed her support and the Administration’s commitment to ensure that the millions of dollars Nevada will receive in federal broadband funding go to good jobs and high-speed internet access for all communities in the state.

CWA-Endorsed U.S. Senate Candidate Tim Ryan Affirms His Commitment to Fight for Good Jobs and Broadband for All

In a new video, Tim Ryan, Democratic Congressman from Ohio and candidate for U.S. Senate, stated his commitment to fight for all communities in Ohio to have access to high speed, high quality broadband connections and ensure that public funds being used to expand broadband access go towards creating more good union jobs.

“Building a modern Ohio – a modern America – means that we need to see broadband really as a utility, just as important as water lines and sewer lines…That's why we fought so hard to include broadband in the bipartisan infrastructure bill. We have got a lot more work to do to make this thing [broadband] a utility and accessible in every single community in Ohio. We're going to keep fighting for this because every community deserves to be plugged in if they want the jobs of the future. I am going to fight like hell in the United States Senate to make sure every corner of Ohio has access to good, high speed internet, broadband, and all the rest,” said Ryan. 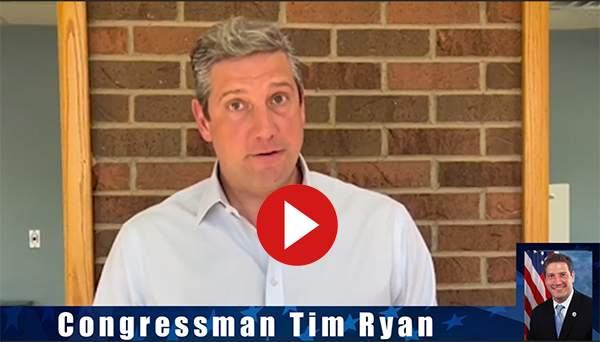