On Wednesday, CWA activists in District 2-13 came together to support CWA-endorsed Maryland gubernatorial candidate Tom Perez. As Secretary of Labor under President Obama, he played a key role in resolving the 2016 Verizon strike which resulted in big gains for CWA members. He has an outstanding record of public service when it comes to improving the lives of working families, fighting discrimination, and taking on the forces that want to restrict democratic rights.

The CWA activists participated in a phone bank to build support for Perez, who spoke to the participants before the phone bank and took some questions from workers. “We have an opportunity to build a Maryland that works for everyone, where everyone has a good job, quality education, and more opportunities,” said Perez. “We have an opportunity to build union labor as we build out broadband across the state of Maryland. Those are great union jobs that ought to be coming back to Maryland. And I want to make sure the union movement has a seat at the table.” CWA District 2-13 Vice President Ed Mooney joined the phone bank and reminded members how important this election is for working people in Maryland.

Last Thursday, the Connecticut Senate voted to pass a bill that would outlaw captive audience meetings in the state. Captive audience meetings allow companies to force workers who are organizing to form a union to attend mandatory meetings where executives and union busting consultants employ scare tactics to weaken support for the union. Many newly formed CWA units have had to deal with such meetings and other intimidation tactics. This bill would level the playing field for workers to freely form unions without fear, lies, and intimidation. If the bill passes the House, it would make Connecticut the second state in the country to ban such meetings, alongside Oregon. CWA Local 1298 has been a strong advocate for this bill.

President Biden on Broadband for All

Speaking to a crowd in New Hampshire, President Biden reinforced his position that broadband buildout funded by the Infrastructure Investment and Jobs Act should be done by experienced union workers.

“This law is going to make high speed internet available and affordable everywhere,” Biden said. “And it is going to create jobs. Thousands of union technicians will be laying down these broadband lines. Never again should a parent have to sit in their car at a McDonald’s parking lot, literally, so that their child can get access to high speed internet.” 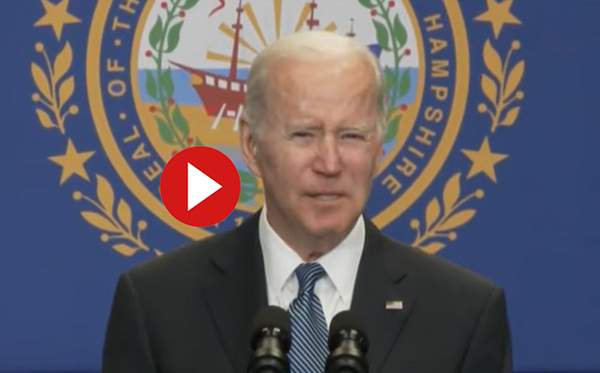