CWA members and allies in Texas have been mobilizing to build support and turn out the vote for CWA-endorsed pro-worker candidates for the Texas primary elections, which were held on Tuesday.

In a large, sweeping victory, pro-worker Austin city council member Greg Casar won his race for Congressional District 35. Casar has raised the minimum wage to $15 an hour and authored the paid sick day law in Austin. He will continue to be a champion for workers' rights in Washington.

CWA-endorsed candidate Jessica Cisneros forced Rep. Henry Cuellar (D-Texas) into a run-off election in Congressional District 28 that is scheduled for May 24. CWA members are leading the push to hold Cuellar, a long-time, anti-worker Congressman who was the only Democrat to vote against the PRO Act, accountable. Cisneros is a proven workers’ rights champion, and CWAers in Texas will continue to support her until she successfully defeats Cuellar.

CWA-endorsed gubernatorial candidate Beto O'Rourke won the Democratic nomination for Governor. The weekend prior to the election, CWA, SEIU, and Workers United joined together to host a phone bank for O'Rourke at CWA Local 6222 in Houston. Over 60 people participated in the phone bank including O’Rourke himself, who spoke to the workers about the importance of having the backing of the labor movement and how working Texans are a priority for his campaign and the future of Texas. Click here for more election results for CWA & TX AFL-CIO endorsed candidates. 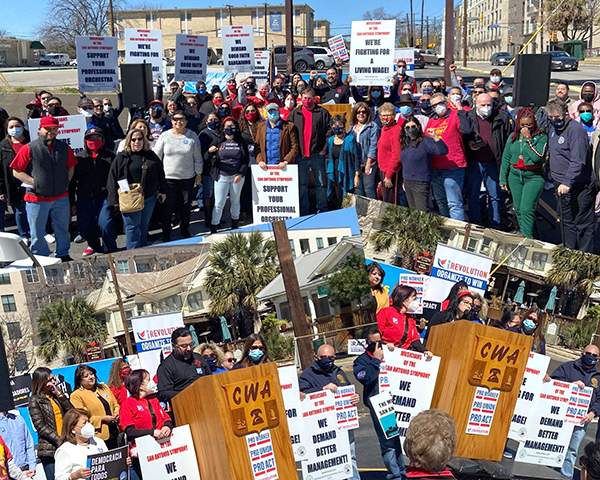 “President Biden’s Bipartisan Infrastructure Law is so important to union members and working people across North Carolina. That’s why it is so egregious that every single GOP U.S. Senate candidate opposed it. North Carolinians deserve an explanation from that stage of candidates tomorrow. Politicians who abandon North Carolina workers for their own gain have no place representing us, and certainly not someone who doesn’t even have the courage to show up,” said Grant Welch. 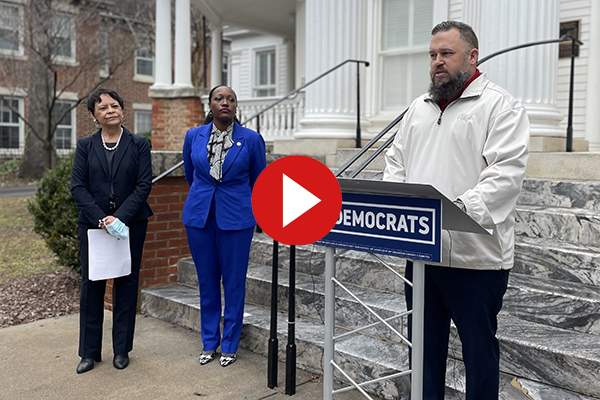 CWA applauds President Biden’s historic nomination of Judge Ketanji Brown Jackson to the United States Supreme Court. By nominating Judge Jackson, President Biden is fulfilling his campaign promises to protect workers’ rights and to ensure that the Supreme Court is representative of the makeup and lived experiences of the American people. As the first Black woman to be nominated for the nation’s highest court, she brings much needed diversity that is severely lacking in our entire justice system.

Judge Jackson has a proven track record of defending the rights of working people over corporations and powerful special interests. Notably, Judge Jackson issued a ruling in 2018 blocking former president Donald Trump’s improper Executive Orders limiting federal employees’ rights to collectively bargain and engage with union representatives. More recently, as a federal appellate judge on the U.S. Court of Appeals for the D.C. Circuit, Judge Jackson defended the rights of government workers against the Federal Labor Relations Agency’s attempt to implement workplace changes outside of the collective bargaining process. 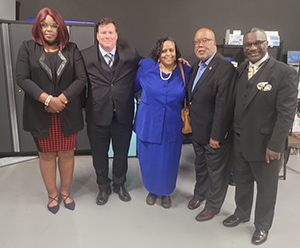 CWA members in District 3 met with Congressman Bennie Thompson (D-Miss.) (second from right) to discuss how Congress and the federal government can support Maximus federal contractors organizing with CWA for a voice on the job. During the meeting, the Congressman expressed his interest in supporting the workers' organizing efforts.