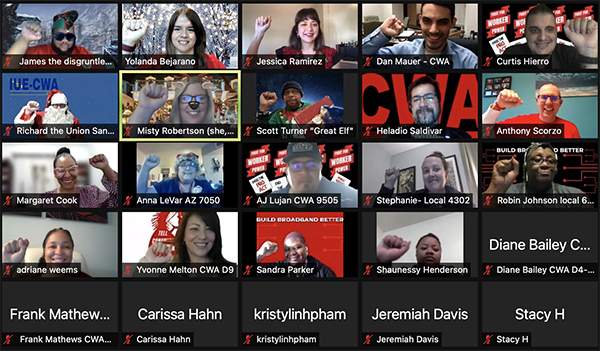 Last Thursday, CWA District 4 leaders and activists in Michigan met with Congressman Dan Kildee (D-Mich.) and discussed broadband expansion and call center legislation. The activists pointed out areas in Michigan like Flint and Saginaw that lack essential fiber deployment and receive below standard service, and discussed the importance of ensuring broadband expansion using the resources in the recently passed Infrastructure Investment and Jobs Act to those and other areas in the state that are in need of high-speed internet service. 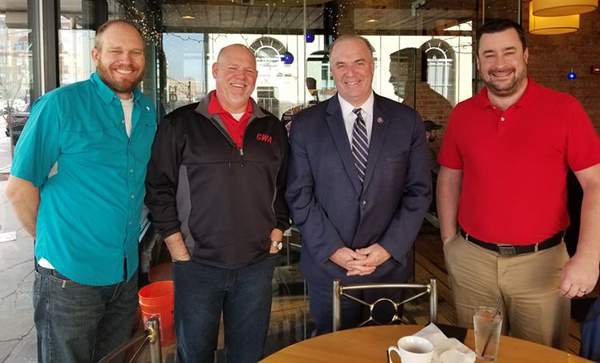 This is a blow to the countless activists, including CWA members, who have been advocating for the inclusion of key provisions and the passage of this bill. The President of the West Virginia AFL-CIO, Josh Sword, noted in a statement, “This legislation preserves the strained Black Lung Disability Trust Fund, which provides benefits to thousands of coal miners who suffer from the disease.” He added, “[t]he West Virginia AFL-CIO knows, and Sen. Manchin should know, how important those provisions are to West Virginians and that’s why he should get back to the table and continue to be part of the discussions.”

Despite this setback, CWA remains just as committed as ever to getting this bill passed and our allies in Congress and the White House are standing by us on that. We will not let misguided law makers like Sen. Manchin water down the bill and its key, pro-worker provisions, such as strong financial penalties on employers and executives who commit unfair labor practices, restoring the tax deduction for union dues, ending tax breaks for companies that move jobs overseas, and more. CWA will keep fighting to secure the 50 votes needed to keep the bill intact.

CWAers across the country have continued to visit Congressional offices to thank their representatives for supporting the Infrastructure Investment and Jobs Act and the Build Back Better Act. Click here to check out the great photos from these visits!