CWA members and other activists are fighting back against a plan by the Federal Communications Commission (FCC) to make big cuts in the rates charged to connect cell phone towers to high-capacity data networks.

These rate cuts would make it harder for telecom companies like Frontier and AT&T that are actually building out high speed networks to rural areas to continue those investments. It would benefit companies like Sprint and T-Mobile that don’t do anything to expand high speed Internet access to the 34 million Americans who still don't have it, and would result in the loss of good telecom jobs.

CWA President Chris Shelton said the FCC plan would "take profits from our employers, the unionized companies, and give them to anti-union, anti-worker companies. It won't benefit consumers but would be a windfall to T-Mobile, Sprint and Verizon Wireless."

That's why CWA members are gearing up, signing a petition that calls on the FCC to stop this attack on good telecom jobs. The deadline to submit petition signatures to the FCC is Oct. 19, so sign it now. 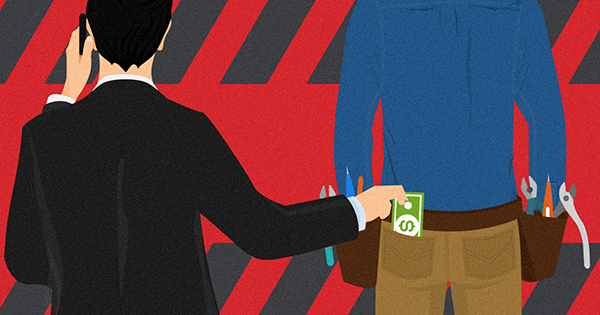 The FCC's proposal to cut data costs for companies like T-Mobile and Sprint would allow these companies to pick the pockets of our members and other telecom workers.