In July, bank workers from the Committee for Better Banks, a CWA project, met with staff from many of these Senate offices and testified at a congressional briefing on how frontline bank workers at the country's biggest banks still face high-pressure quotas, low pay, and few opportunities to advocate better for their customers – even two years after the Wells Fargo scandal.

"The Wells Fargo fraudulent account scandal shined a light on dangerous industry practices in which banks place punishing, and oftentimes, impossible sales goals on front line employees," the Senators wrote to heads of the Consumer Financial Protection Bureau (CFPB), Office of the Comptroller of the Currency (OCC), Board of Governors of the Federal Reserve System, and the Federal Deposit Insurance Corporation (FDIC). The Senators also expressed concern that the continuation of these questionable practices may result in additional harm to consumers. 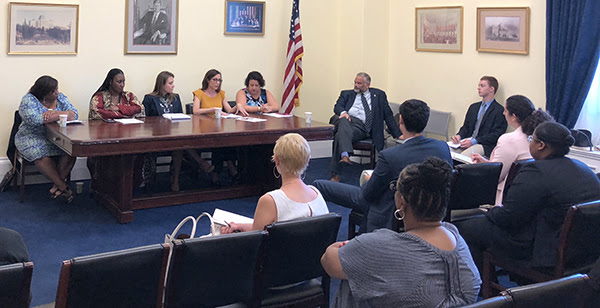 In July, bank workers from the Committee for Better Banks, a CWA project, spoke about their working conditions at a briefing hosted by the Congressional Progressive Caucus.