More than 100 DirecTV technicians, warehouse and administrative workers in two Maryland locations have signed up for CWA representation.

"The fact that DirecTV workers throughout the mid-Atlantic and across the country are choosing CWA representation proves what we've been saying all along, that when workers can sign up for a union without being harassed by their supervisors or threatened by management, they want a union. Locals 2106 and 2100 did great work in helping these DirecTV workers get their union, and that work is continuing across our district," said Ed Mooney, CWA Vice President, District 2-13.

Over two weeks, on an almost daily basis, employees were forced to endure one-on-one meetings with managers and several captive audience meetings. The anti-worker campaign was directed by well-known union-busters Jones Day. 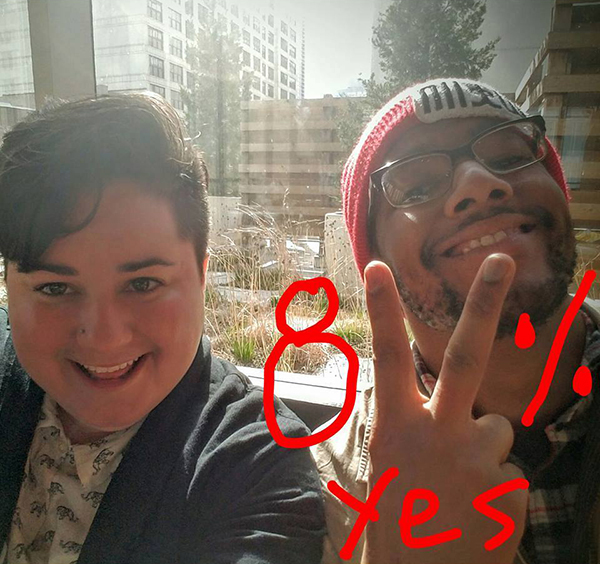 NewsGuild organizer Cat Salonek, left, celebrates with Kaplan ESL teacher Sunny Rashad, who is signaling that there was an 82-percent "yes" vote for the Guild.