The United Soccer League Players Association (USLPA), the union representing all of the United Soccer League’s Championship and League One players, has signed an agreement officially affiliating with CWA. USLPA and CWA have had a partnership agreement since late 2020, and the players will be members of the newly-formed CWA Local 7211.

“Over the past three years, our collaboration with CWA has helped us continue to grow as a labor organization and better represent our players,” said USLPA Executive Committee Member Connor Tobin, who has played for Forward Madison FC in USL League One the last three seasons. “Much like CWA, the USLPA was founded by players for players, and our players are the driving force and key decision-makers. With CWA’s support, we negotiated a groundbreaking collective bargaining agreement for USL Championship players, and we will soon begin bargaining with USL League One for another historic agreement. We are proud to officially join CWA and we are excited to continue to build on the collaborative success we’ve experienced to date.”

The USL Championship and USL League One are the second and third divisions, respectively, of U.S professional soccer beneath Major League Soccer (MLS).

Welcome the players by sharing our posts on Facebook or Twitter and turning out to root for your local USL Championship or League One team!

A group of fifty ski patrollers at Purgatory Resort in Durango, Colo., voted overwhelmingly to join the United Professional Ski Patrols of America/CWA Local 7781 on Tuesday. Purgatory Resort is owned by Mountain Capital Partners (MCP) and is the first MCP resort to organize.

“Right out of the gate, we had pretty high support,” Purgatory patroller Jason Moore said. “We thought it would be worth organizing and giving ourselves a better opportunity for a collective voice.”

Patrollers, whose duties include emergency rescue and avalanche mitigation, are organizing for a seat at the table and better working conditions. 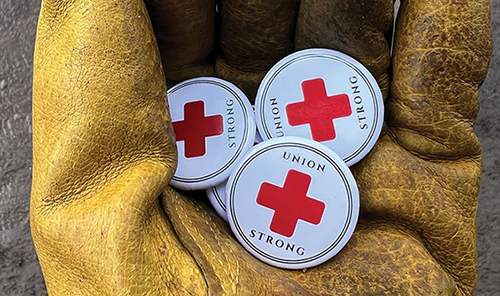