Workers at BDS Connected Solutions, a contractor for Google Fiber in Kansas City, Mo., won their election for a union with 90% of the vote, after a months-long, union-busting effort from management. During a forced meeting with a consultant brought in to prevent a yes vote, the workers fought back, calling him out for insinuating that Google might stop doing business with BDS if the workers joined the union. Better yet, they recorded the whole thing. Check it out here.

The workers are members of the Alphabet Workers Union-CWA (CWA Local 1400) and the first group of Google Fiber workers to form a union. The unit is also AWU-CWA’s first recognized bargaining unit since its launch in 2021. The workers include retail associates at multiple Google Fiber retail locations in Kansas City, Mo. The bargaining rights they just won will provide an important leverage point for other Alphabet temporary, vendor, and contract workers, who are explicitly denied the same rights, benefits, and protections on the jobs afforded to full-time employees at the corporation. 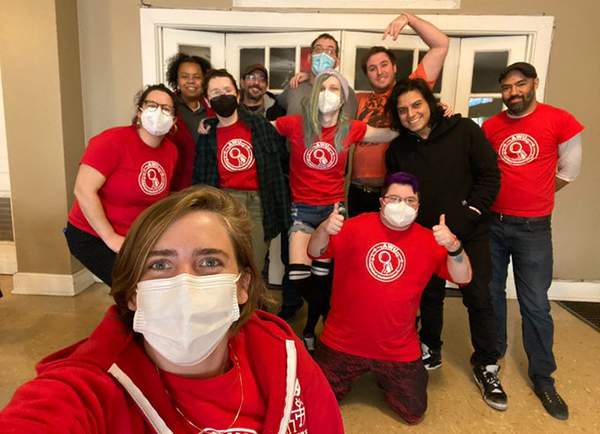 Workers at Condé Nast’s editorial brands and Condé Nast Entertainment announced the formation of the Condé Nast Union, demanding voluntary recognition from management to join the NewsGuild of New York (TNG-CWA Local 31003). The company-wide unit includes more than 500 full- and part-time editorial, video, and production workers across all of Condé Nast’s brands, including Vogue, Bon Appétit, Vanity Fair, Architectural Digest, and GQ. Watch this video to learn more about the issues the workers face, including low pay, lack of diversity and equity, and heavy reliance on contract workers. Their fight for a union is a major step forward for workers organizing in the media industry. 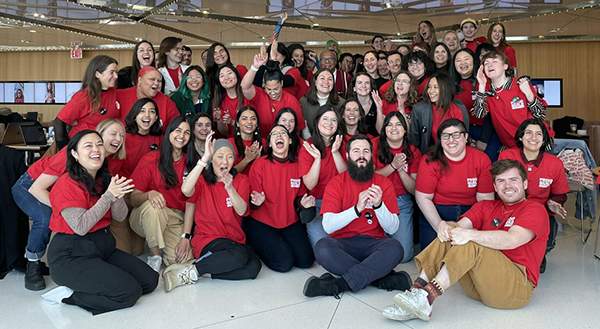 Workers at Condé Nast’s editorial brands and Condé Nast Entertainment announced that they are forming a union with NewsGuild of New York (TNG-CWA Local 31003).

Earlier this month, workers at End Citizens United/Let America Vote won voluntary recognition to join the Washington-Baltimore News Guild (TNG-CWA Local 32035). The organization’s core mission is to ensure that everyone has a voice and the freedom to participate in our democracy.