Last week, workers at Image Comics and members of Comic Book Workers United (CWA Local 7901), won their NLRB union representation election, making them the first comic book workers to form a union in the United States. The workers had hoped Image Comics, the third largest comic book and graphic novel publisher in the industry, would voluntarily recognize their union after formally announcing its formation late last year. The members are ready to negotiate a fair contract and help create a better and more equitable comics industry for all. 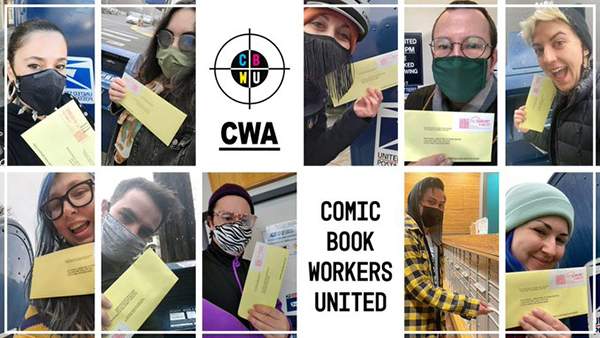 The National Labor Relations Board has ruled in favor of over 550 tech workers at the New York Times who have been fighting to join the 1,300 editorial and business employees already represented by The NewsGuild of New York, TNG-CWA Local 31003. New York Times management has spent months waging an anti-union campaign and delaying the union representation election while seeking to exclude some of the workers from the new bargaining unit. Last August, the tech workers led a half-day walkout in protest of the company’s efforts to hinder a fair election. The NLRB ruled that the workers should not be excluded from the unit, and will mail ballots to the employees later this month.

“We are thrilled that the NLRB found that we are one union, and are proud to be setting a precedent for our fellow tech workers across the industry,” said Nozlee Samadzadeh, a senior software engineer at the Times and a member of the Times Tech Guild organizing committee. “Despite management's attempts to divide us, this decision proves what we've known all along: that we are stronger together and will win this election.”