Staffers at the ACLU of Virginia announced Wednesday that they are organizing to join the Washington-Baltimore News Guild, TNG-CWA Local 32035. The workers want to make room for all voices to be heard in the organization and to ensure that all policies are actively anti-racist, create sustainable conditions that empower workers to thrive, and increase transparency and collaboration between staff and management. They have asked management to voluntarily recognize their union. 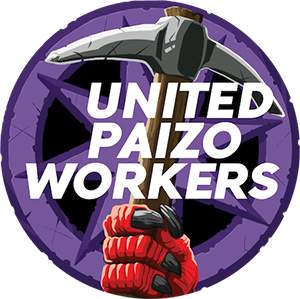 Last week workers at Paizo, the company behind the popular role-playing games Starfinder and Pathfinder, announced that they had won voluntary recognition to join CWA. They are the first game workers in North America to win collective bargaining rights.

“Now the real work begins,” the workers said in a statement on their website. “One of our goals is to increase wages to better match the cost of living, and that is likely to be the first topic we tackle.”