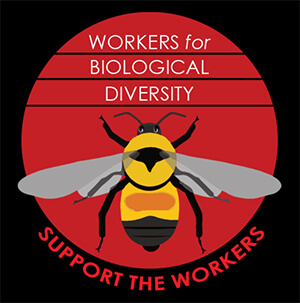 This win is part of a growing unionization trend among workers at environmental and other nonprofit organizations.

On Wednesday, technology workers at the New York Times staged a half day work stoppage to protest the news company’s unfair labor practices, including illegal polling and interrogation of workers about their activism. The virtual walkout was organized on Monday, after the tech workers learned of Times management's attempt to exclude staff such as data analysts and designers from a union representation vote. The NewsGuild of New York (TNG-CWA Local 31003), which represents 1,300 editorial and business employees at the Times, began the campaign to organize tech workers at the company in April. The unit is made up of more than 600 workers, an overwhelming majority of whom have signed a petition pledging to vote for a union. 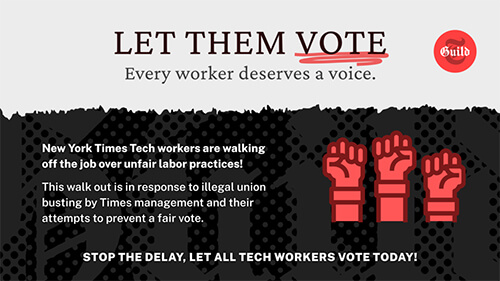 eNewsletter Issue:
Aug 12, 2021 - On Strike in New York and Alabama and other news