Newsroom workers of the Dallas Morning News won their union vote, with the 128-person unit becoming the only union newsroom in Texas, with more sure to follow!

Workers organized to preserve local journalism and fight continued cuts. The workers already won victories including restoration of pay cuts made early in the pandemic and the filling of several long-vacant positions.

Workers at Meow Wolf, an interactive arts and experience company in Santa Fe, N.M., voted to join CWA last Tuesday. Led by a determined and united committee of artists, designers, tech workers, fabricators, guest service workers, and more, they faced an uphill climb to gain a voice at work after the pandemic caused layoffs of half of their co-workers. The remaining unit of 130 workers voted to form a union to address job security, transparency, opportunities for advancement, a contract, and a voice at work, among other issues. Their union motto is "When we work together, we build worlds." #SolidarityForTheMultiverse 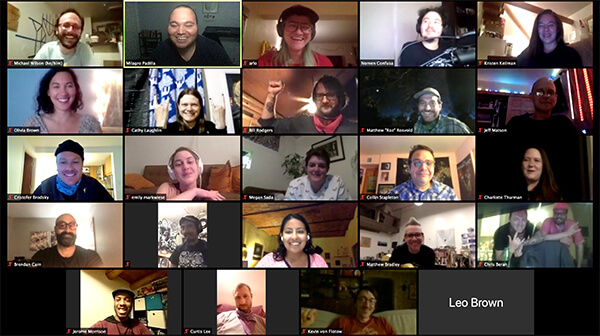 eNewsletter Issue:
Oct 29, 2020 - We Must Count Every Vote and more news from CWA