CWAers, along with allies from the broad coalition that derailed the Trans-Pacific Partnership (TPP), delivered more than 100,000 petition signatures to the International Trade Commission (ITC) demanding that the North American Free Trade Agreement (NAFTA) be replaced with a deal that benefits working people. The petitions were delivered as witnesses arrived for hearings on NAFTA renegotiation. 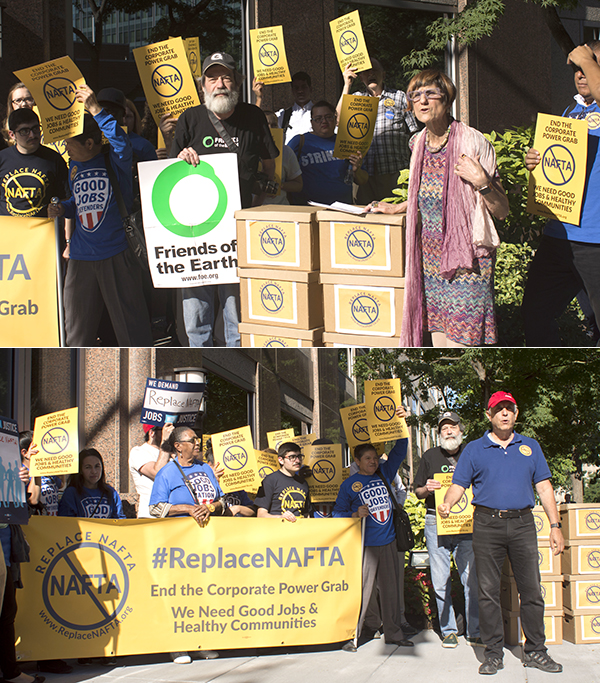 As part of public hearings about NAFTA renegotiation, Dan Mauer of CWA called for three specific areas of NAFTA in need of overhaul – the removal of the undemocratic ISDS provision; the inclusion of a robust labor chapter with an enforcement mechanism that actually works, in contrast to weak and ineffectual labor chapters in agreements such as CAFTA; and a series of reforms and revisions to put an end to call center offshoring.

Watch video of the hearing here.