In a powerful new video released ahead of Veterans Day, a group of IUE-CWA military veterans speak out against General Electric’s offshoring practices and call on GE to prioritize national security and American workers by bringing good paying union manufacturing jobs back to the U.S. The video was released as part of the “Bring it Home GE” campaign launched by IUE-CWA members, along with a coalition of labor, environmental, trade, and veterans groups, to pressure GE to reinvest in domestic manufacturing jobs in green energy and military and commercial aviation. General Electric is one of the largest vendors to the U.S. government, receiving billions of taxpayer dollars each year. However, GE has constantly engaged in offshoring manufacturing jobs from plants in places like Lynn, Mass., Madisonville, Tenn., and Arkansas City, Ark., to Germany, South Korea, and Romania.

The coalition standing with the GE workers includes notable veterans and experts, such as Brigadier General John Adams; Will Attig, Executive Director of the Union Veterans Council and U.S. Army veteran; and Jose Vasquez, Executive Director of Common Defense and U.S. Army veteran, who all agree that GE’s rampant offshoring puts the United States at greater risk for both extreme climate and national security emergencies.

On Tuesday, an article in TIME featured several IUE-CWA members who painted a vivid picture of the impact of GE’s offshoring. The story also highlighted a new report from the University of Massachusetts-Boston, and Cornell University that documents GE’s disinvestment in American jobs.

As the Biden administration reaffirms its commitment to the Build Back Better agenda, the campaign will continue to increase the pressure on GE to reinvest in the creation of good-paying, union jobs in manufacturing and help bolster the nation’s middle class. 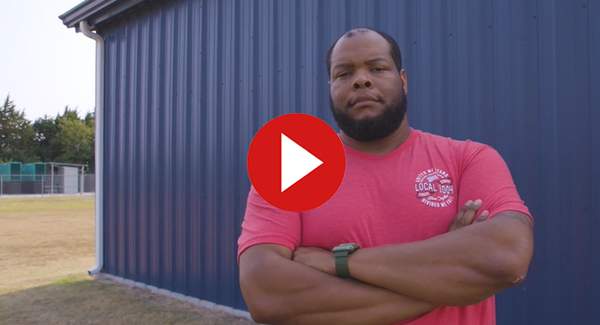 eNewsletter Issue:
Nov 11, 2021 - Saluting Our Veterans and other news