This week, Germany's biggest union submitted a petition to the Bundestag (Parliament), urging lawmakers to use the government's shareholder power to pressure Deutsche Telekom into enforcing international labor standards at its U.S. subsidiary, T-Mobile US.

Frank Bsirske, chairman of the 2-million-member union ver.di, submitted the petition which demands respect for workers' rights at all Deutsche Telekom sites outside Germany, including the U.S. The German government owns about 32 percent of Deutsche Telekom.

The petition follows a March 19 decision by a National Labor Relations Board (NLRB) judge that found T-Mobile US guilty of nationwide labor law violations that were directed from the U.S. subsidiary's headquarters in Bellevue, Wash. The unprecedented decision means that Deutsche Telekom no long can claim that its T-Mobile US subsidiary follows U.S. law.

CWA President Larry Cohen addressed the congress of ver.di and thanked ver.di activists and leaders for their solidarity in supporting T-Mobile US workers in their fight for union representation.

The petition committee of the Bundestag will review the petition then post it online, triggering a public hearing over the German government's responsibility for ensuring the responsible actions of corporations like Deutsche Telekom.

The campaign has the support of the German Trade Union federation, Deutscher Gewerkschaftsbund (DGB), along with numerous German unions, politicians, political foundations and NGOs, all of whom have pledged to help collect signatures. 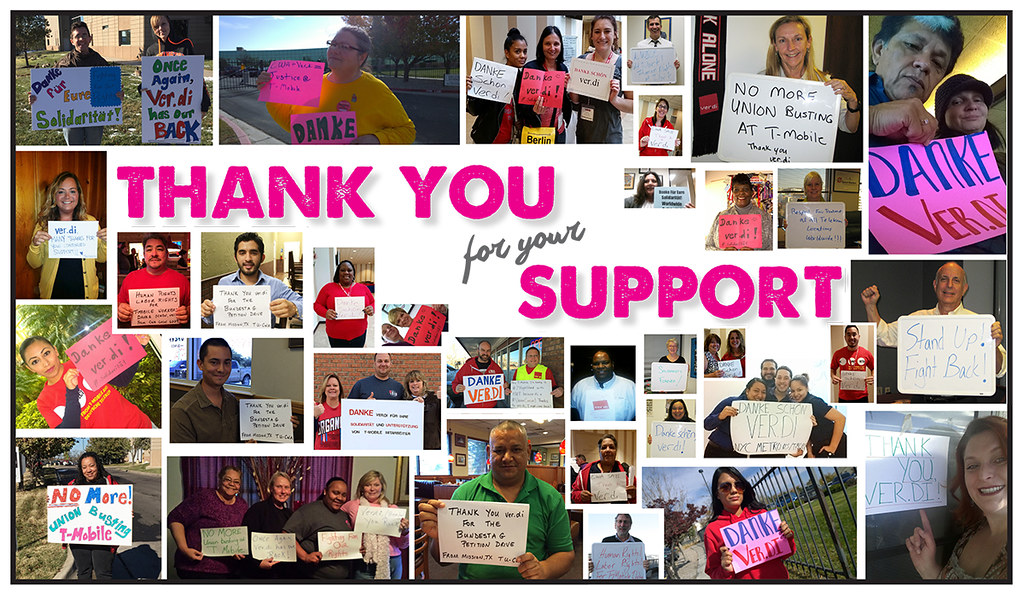 T-Mobile US workers thank ver.di activists who "have our backs" in the fight for a CWA voice at T-Mobile.