An overwhelming majority of Al Jazeera America digital journalists on Oct. 7 voted for representation by The NewsGuild of New York, CWA Local 31003. With the election, the staff of AJAM becomes the latest in a series of digital newsrooms to organize, but the first where management forced a government-supervised election, instead of voluntarily recognizing the union.

AJAM management initially contested the rights of nine senior journalists to gain union representation with the rest of their colleagues but dropped their objections on Oct. 7. 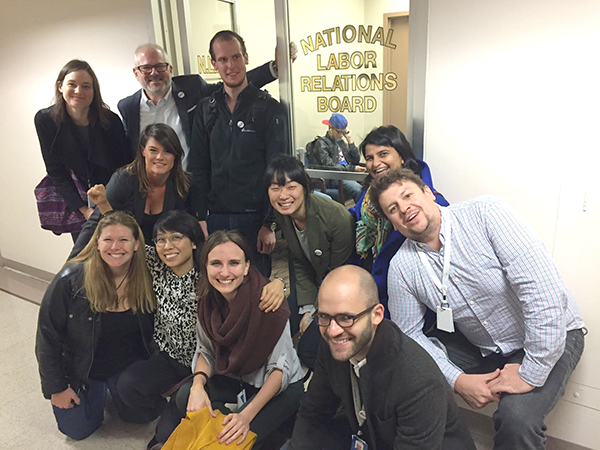 Read more about this victory at The NewsGuild website.

Other coverage of the victory:

31 Envoy airport agents who visited the nation's capital last week got what they came for as several members of Congress contacted the National Mediation Board on their behalf and, as a result, the federal agency has set dates for them to vote on joining CWA.

It's a huge victory for the workers as they will vote from October 27 through Nov. 17 on joining the union.

The workers are still waiting on the NMB's full board to decide on the size of their unit and whether all 5,300-plus Envoy airport agents will have the opportunity to vote. An NMB investigator wrongly disqualified as many as 2,200 workers from being eligible to vote. CWA appealed that ruling and the full board is now considering the union's appeal.

The workers quickly gathered more than 1,200 signatures of coworkers on a petition demanding an end to the delay. They brought the petition to Congress to ask their elected representatives to contact the NMB and urge the agency to move ahead with a decision.