New York Mayor Bill de Blasio believes income inequality is a national crisis that defines our time and he came to Washington this week to launch a Progressive Agenda for America to begin to address the issue.

His 13-point plan includes raising the minimum wage to $15 an hour; enacting paid sick and family leave laws; providing universal pre-kindergarten and after-school and child care for families; and closing tax loopholes that corporations and their CEOs use to avoid paying their fair share.

"It's a story about democracy, opportunity, a fair economy," he said. "It's about cutting $1 trillion in student debt that is choking our families. It's about bargaining rights for workers, not just accepting what we are offered as the stock market soars. It's about that higher minimum wage and raising, not cutting, social security. Most of all, it's about decent jobs in a global economy with rules that prevent a race to the bottom."

"Over the past 25 years, a succession of trade agreements have sent U.S. jobs overseas and have depressed wages," she said. "The Trans-Pacific Partnership threatens American jobs, wages and regulations. That is exactly why we must set our public policy on a new path and a progressive agenda is that path. It's like putting working families at the heart of our national conversation."

Rep. Barbara Lee (D-CA 13th District) said racial justice needs to be part of the agenda, part of economic justice for all.

"We support families with educational opportunities, from pre-school and head-start to affordable college. We also advance some basic tax fairness by ending corporate welfare. That's what a progressive agenda does. We combat income inequality and restore the opportunity to each and every American to live the American dream by investing in families instead of the super-rich and special interests," Lee said.

De Blasio said he could feel change coming in America and said, "[it] is time to take that energy and crystalize it into an agenda that will make a difference."

"It's time to put people ahead of profits and value work over wealth," the mayor said. "We'll be calling on leaders and candidates to address these issues, to stiffen their backbones, to be clear and to champion these progressive policies. And we know that this call will grow. Everyday people will join it." 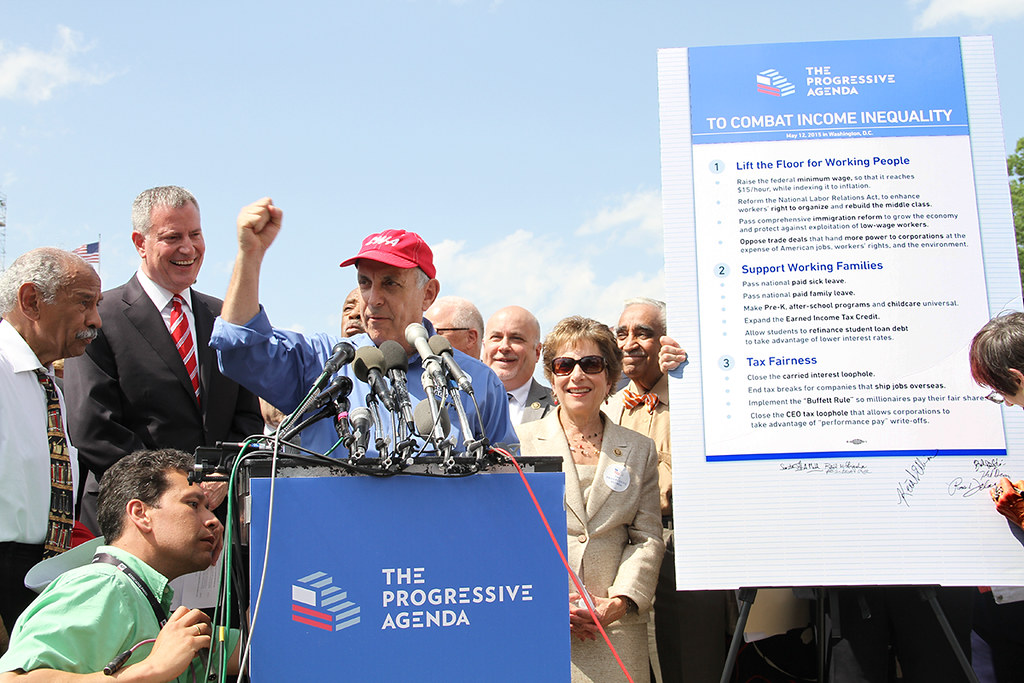