Washington, D.C. -- Activists from labor, immigrant rights, faith, environmental, civil rights and community groups launched “40 Days of Action and Prayer for Families” on immigration reform with a demonstration and civil disobedience outside the U.S. Capitol in Washington, D.C.

Communications Workers of America President Larry Cohen was among the leaders who were arrested at a sit down protest that focused on the failure of the House of Representatives to take action on immigration reform that includes a path to citizenship for 11 million.

The civil disobedience action sent a strong message to House leaders that the fight for immigrant families is growing and will continue through Congress’ five-week August recess and into the fall until the House produces a comprehensive bill that benefits all 11 million undocumented immigrants.

Cohen said, “All of us in CWA are proud to stand for citizenship and against intolerance.  I am proud to represent our members today as we demonstrate the broad movement that supports a citizenship path for 11 million of our co-workers and neighbors.  We will support this campaign as long as it takes whether we are sitting in the streets or organizing in our communities.” 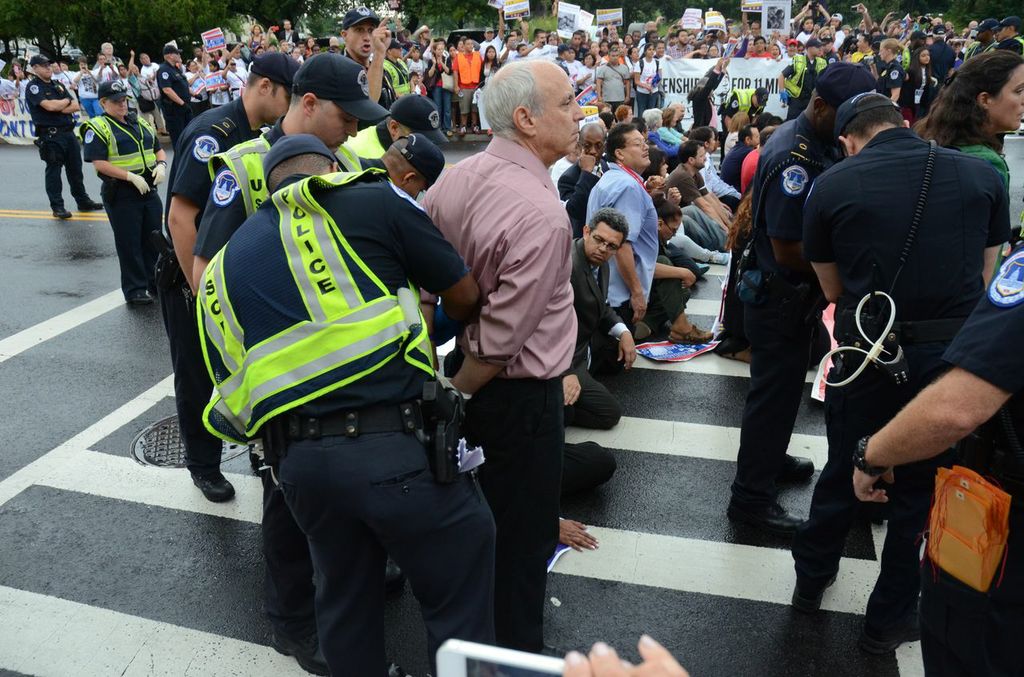 CWA activists and others will raise this issue at meetings and actions in the home districts of their Members of Congress.