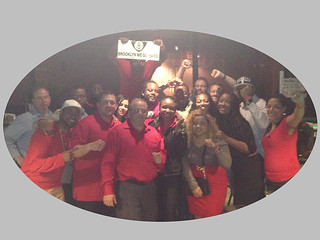 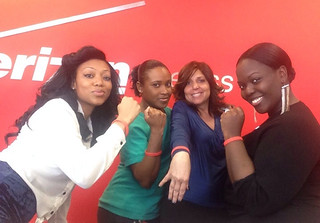 This vote is a breakthrough not only for these workers but for thousands more across Verizon Wireless who want a union to help address their issues on the job. For more than a decade, Verizon has done everything possible to prevent VZW workers from joining 40,000 Verizon Communications workers and 80 Verizon Wireless technicians who already have CWA representation.

Today's vote begins to break down that barrier and ensures representation to these retail stores workers. They also join more than 40,000 workers at AT&T Mobility who have organized without fear at their company for nearly two decades.

Today, the Brooklyn workers are wearing red to celebrate their victory.

Bianca Cunningham, who works at the Bensonhurst store, said, "We walked in the footsteps of our brothers and sisters who fought before us. We banded together in the face of adversity and combatted fear with hope. We look forward to Verizon Wireless workers stepping out of the shadows and joining the 40,000 strong in CWA who work at Verizon to continue to fight for the middle class."

VZW executives kept up an intense campaign against workers who wanted a union voice to address their job insecurity, declining wages and discipline for unreasonable/unfair sales metrics.

Workers were ordered to attend one-on-one captive meetings with management as often as three times a day. On Monday, on the eve of the election, the company even shut down several of the Wireless outlets for as long as two hours to inundate the workers with anti-union propaganda. The number of corporate executives camping out in the six stores was a "who's who" of top company management.

The VZW workers had a lot of great support from CWA members, including AT&T Mobility retail workers in New York – check out their video.

Verizon Wireless techs and Verizon members also told the VZW store workers, "there's 40,000 of us and we have your back."