Across CWA Districts 1 and 2-13, members are doing their jobs serving Verizon customers at the same time that they continue to mobilize to remind Verizon that they want a fair contract. The contract for 39,000 workers expired August 1.

At daybreak on Tuesday, CWA Local 2204 members were holding informational pickets near the Verizon Staunton garage in Staunton, VA, Local 2204 Secretary-treasurer Jodie Moore said. The technicians have been working all month without a contract and will continue to fight until they get a fair contract. On Wednesday, Local 2204 members were at Luck Avenue, Roanoke, VA, a location that Verizon is threatening to shut down. The closest place the workers could transfer to is Richmond, VA. No one relishes moving 190 miles away, Moore said. 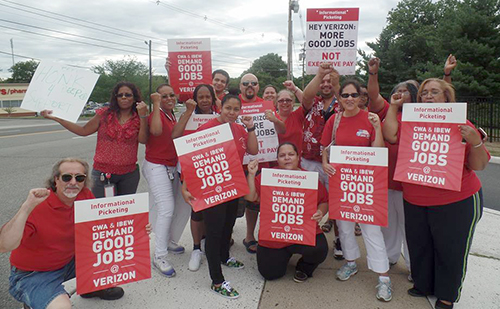 Activists from CWA Local 1000 rally to raise awareness about Verizon's corporate greed in Livingston, NJ. A company that makes $1 billion in profit a month can afford livable wages, healthcare benefits and fair retirement packages for their employees and retirees. 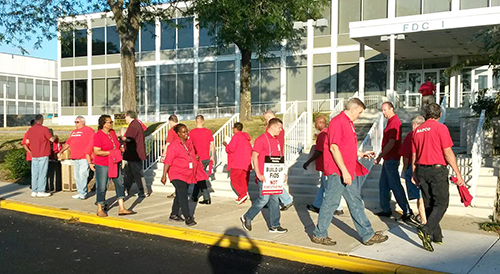 The fight for a good contract with Verizon continues as CWA Local 2336 members mount informational pickets about the negotiations, like this one last week at the Verizon Fairland Data Center in Silver Spring, MD. About 125 members, mostly engineers and engineer assistants, work there, Local 2336 President Terry Richardson said. 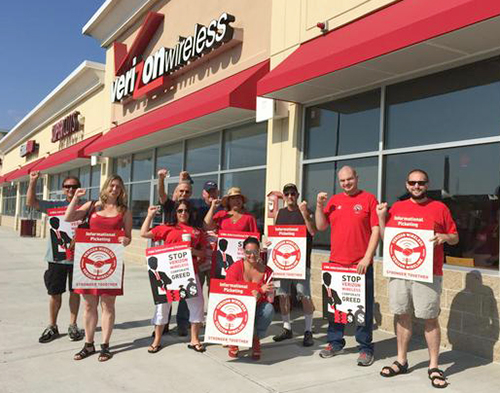 Members of CWA Local 1400, workers at Massachusetts's only unionized Verizon Wireless store, show their support for a fair contract.

Across District 3, CWAers at AT&T are Mobilizing 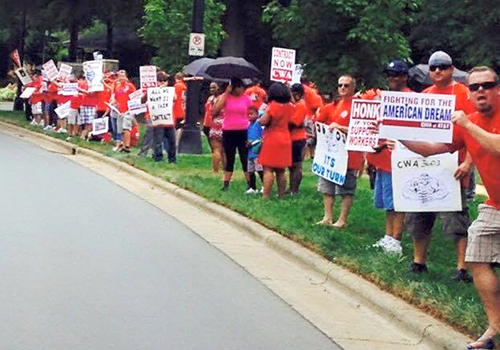 AT&T Southeast's more than 28,000 workers have been working since August 8 without a contract.

Nearly 200 people picketed outside of the AT&T call center on South Stream Boulevard in Charlotte, NC. CWA Local 3603 President Bonnie Overman tells the local news, "They don't have any problem putting their name on football stadiums and golf tournaments, but when it comes to taking care of the people who built the company, there seems to be an issue." 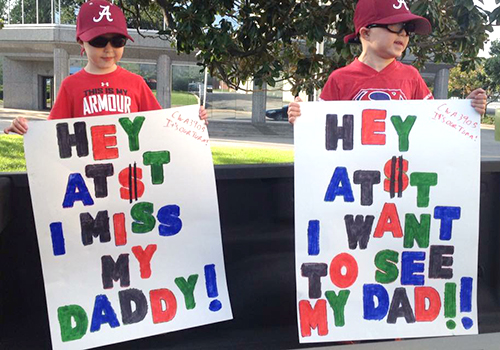 CWA Local 3905 member Joseph Hodgeland's children turned up at an information picket outside an AT&T collection center in Huntsville, AL, to tell AT&T they want to see their father more. Members from across Local 3905 and Local 3903 joined the action. 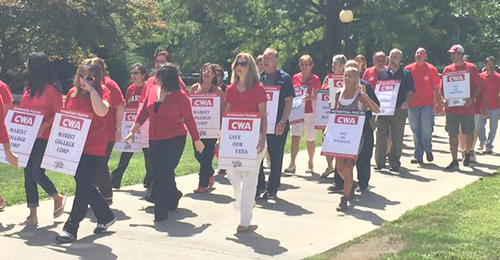 At New York's Marist College, 119 secretarial and clerical workers, represented by CWA Local 1120, are fighting for a fair contract. Business Agent Carl Bertsche said, "CWA has represented the members at Marist since 1986 and has always had a good working relationship, until this round of bargaining. Marist is looking for givebacks in retiree health care, sick bank and wages. Our members have rallied to the cause and are standing strong to gain a fair and equitable contract."