In an interview with the Wall Street Journal, CWA President Chris Shelton said the presidential campaign by Senator Bernie Sanders will go forward, "because Sanders has said repeatedly that this campaign is not about him but about the political revolution our country needs to restore a government and an economy that works for working families."

With a focus on fair trade, affordable college, securing Social Security, Medicare and Medicaid, and reining in Wall Street and the Big Banks, Americans are coming together in support of the grassroots economic and political movement we need. 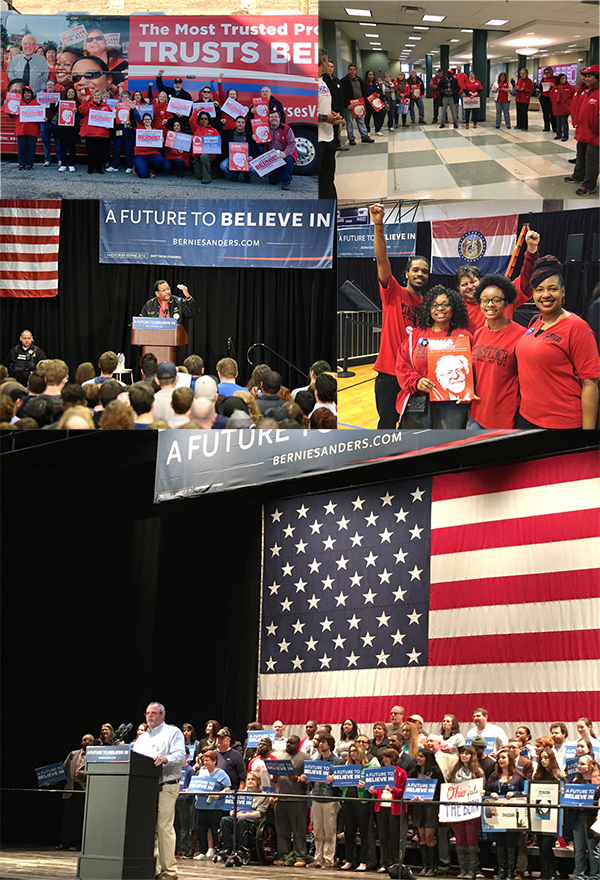 CWAers, including retired CWA Secretary-Treasurer Jeff Rechenbach, are joined by Postal Workers and National Nurses Union members outside the Bernie bus in Cleveland.

In Cleveland, CWAers, members of Locals 4309 and 4340, retirees and D4 staff, get ready to walk for Bernie.