Public sector employees at Council Bluffs (Iowa) Schools, members of CWA Local 7103, ratified a new multi-year agreement that was approved by the Council Bluffs School District Board of Education. The unit includes close to 300 paraeducators, preschool teacher assistants, office workers and health, library, and technology associates. Under the agreement, all employees will receive an immediate jump in wages – a 15 percent increase for special education paraeducators and a seven percent increase for all other employees.

After two years of organizing for a fair contract, workers at the Miami Herald and El Nuevo Herald, members of the One Herald Guild (CWA Local 3108), have ramped up their mobilization in response to the increased workload and understaffing at the paper. They have made progress on some issues, but remain stagnant on key areas, including pay equity between English and Spanish-language journalists, layoff protections, severance pay, and their 401(k) plans. The workers are asking McClatchy, which owns the publications, to take them seriously and finish negotiating a fair contract. 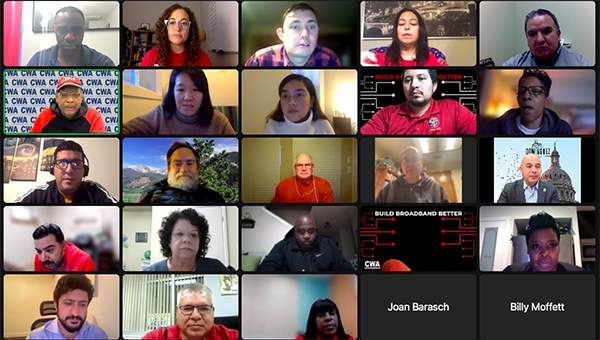 “Each and every day, these members of Congress fight for working families and democracy down in Washington, D.C.,” said Dennis Trainor, Vice President for CWA District 1. “They have a strong record, and we’re proud to continue supporting them in these all-important midterm elections. We are also proud to support Rob Menendez to join their ranks.”

Click here to view all CWA endorsed candidates for upcoming elections around the country. The list will be updated periodically.

President Biden continues to fulfill his pledge to be the “most pro-union president leading the most pro-union administration in American history.”

This week, the Presidential Task Force on Worker Organizing and Empowerment, chaired by Vice President Kamala Harris and co-chaired by Secretary of Labor Marty Walsh, released a report that provides a roadmap for federal agencies to leverage the authority of the executive branch in order to build worker power. In preparation for the report, Vice President Harris and Secretary Walsh held listening sessions across the country, giving workers, including CWA members, an opportunity to provide input to help guide the recommendations.

CWA members and workers organizing with CWA will directly benefit from many of these recommendations, including supporting the creation of broadband jobs with strong labor standards, implementing President Biden’s “Made in America” Executive Order, strengthening compliance and enforcement of laws protecting federal contract employees, increasing opportunities for unions to receive grants for training and other services, ensuring that the voices of union members are included on federal advisory committees, and more.

Since the passage of the National Labor Relations Act, corporate America has been engaged in a relentless, successful, decades-long campaign to prevent workers from building power through union membership and collective bargaining. This campaign was abetted by, as the report puts it, a United States government that “failed to fully use its authority to promote collective bargaining, and failed to update labor law in the face of economic and technological change, which incentivized employment practices that disfavored workers.” The 70 recommendations in the Task Force report, when implemented, will serve as a historic course correction and provide a model for state and local governments, private sector employers, and others to follow. 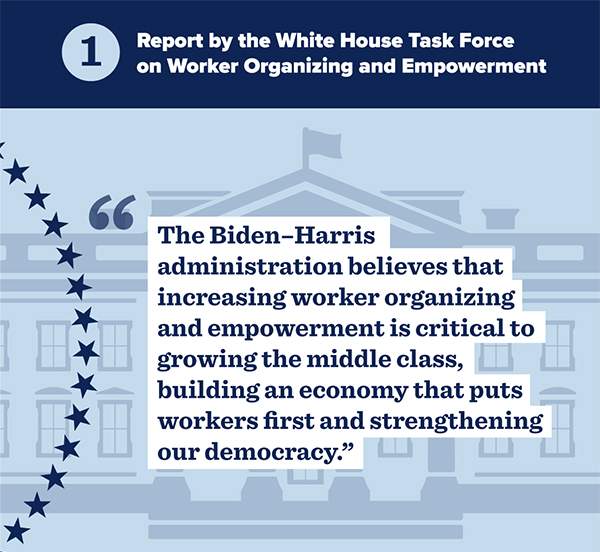 NABET-CWA members are on the ground in Los Angeles this week preparing for this weekend’s Super Bowl broadcast. Approximately 150 members will be involved in the television production of game-day coverage, and another 150 members will be working at the Super Bowl producing coverage for other NBC Shows: Football Night in America, NBC News, Telemundo programming, and more.

The crew is one of the premier technical crews in television sports broadcasting and will be operating more than 100 cameras, lighting, sound, instant replay, and graphics. These talented and hardworking NABET-CWA crew members play an instrumental role in broadcasting the big game for football fans everywhere.

Last week, call center workers at federal contractor Maximus won their campaign for lower health care costs. The sky-high deductible of $4,500 for Maximus’ core plan was cut almost in half, to $2,500, and premiums for several plans were decreased, leaving more money in workers’ paychecks.

This win follows a report released by CWA that clearly shows how the very workers who the federal government trusts to help millions of Americans access affordable healthcare are struggling to afford their own.

Maximus workers, who are organizing with the CWA to win better working conditions and a voice on the job, say there is more to be done. Workers are calling for Maximus to stop campaigning against their union, to end all anti-union portions of new-hire trainings, and to meet with their union organizing committee.

Knock Valentine’s Day out of the park this year with Union Plus deals at Teleflora. From gorgeous arrangements to delicious chocolate treats, there’s a sweet surprise that’s perfect for your loved one. Click here to shop now and get Valentine’s Day savings of 30% off sitewide. Offer ends February 14, 2022. 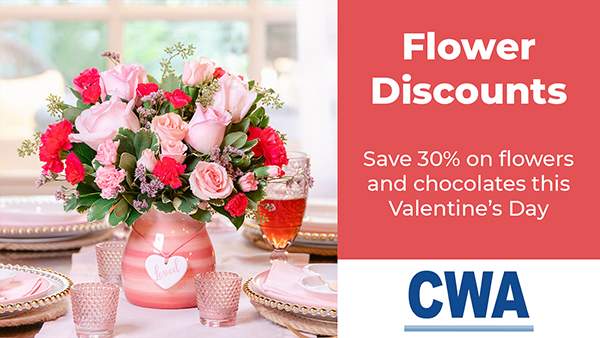 Markey, Warren, Moulton lean on GE to bring back work to Lynn.