Feb 3, 2022 - Powerful New Track for Your Union Strong Playlist and other news

Workers at the Financial Times US bureaus are forming a union, becoming the latest group of workers to join the surge in organizing among media employees. The unit includes reporters, editors, video, audio and data journalists, editorial assistants, social media experts, columnists, and more. They will join the News Media Guild (TNG-CWA Local 31222), which also represents employees at the Associated Press, Guardian US, and others.

CWA and Frontier Communications of Pennsylvania reached an agreement on a 4-year extension to contracts that expired on November 30, 2020. This agreement includes the Frontier and Frontier CPE contracts, whose members are represented by CWA Locals 13571, 13572, and 13573 in Pennsylvania.

“Andy Levin has been a fighter for labor and working families his entire life,” said CWA District 4 Vice President Linda L. Hinton. “He has been a co-sponsor of call center legislation in the House and has fought for high-speed broadband accessibility and funding as part of the infrastructure bill. Andy has worked side-by-side with CWA on these and many other issues that are important to our members and working people across the country."

Members of CWA Local 7076 in New Mexico have been mobilizing to pass Senate Bill 07, which would establish a $15 per hour minimum wage for public workers in the state. New Mexico’s statewide minimum wage for all workers is currently set at $11.50 per hour. These essential workers, who have been on the frontlines throughout the pandemic ensuring their communities receive the services they need, are making poverty wages that do not correspond with the tremendous increase in the cost of living in recent years. CWA represents over 1,500 public sector workers in New Mexico who make less than $15 per hour and haven’t received a pay raise in several years, while thousands of full-time positions have been eliminated.

The CWAers, other public workers, and community allies are mobilizing on several fronts including sending letters and engaging with lawmakers, holding public demonstrations, organizing petitions and other online actions, and more. They will continue fighting until state lawmakers recognize the value and contributions of public workers and pass this bill.

Thanks to legislation passed by Congress and signed by President Biden, broadband buildout is on the way!

State and local governments have begun allocating funds from the American Rescue Plan Act (ARPA) to broadband projects and planning for an additional $65 billion in funding from the Infrastructure Investment and Jobs Act (IIJA). The CWA Broadband Brigade and local activists have been mobilizing to ensure states use these funds to Build Broadband Better by creating good union jobs and prioritizing closing the digital divide. One early success: CWA members in Indiana will have more work deploying high-quality fiber networks because AT&T will receive $10 million to work on an ARPA project to build broadband to over 20,000 households in Vanderburgh County.

Brigade members released a new video this week urging members to get involved in the effort. “Anytime an elected official thinks broadband, we want them thinking CWA,” says CWA Local 1104 member Nick Hoh in the video. Show your support by liking, sharing and commenting on their video here. 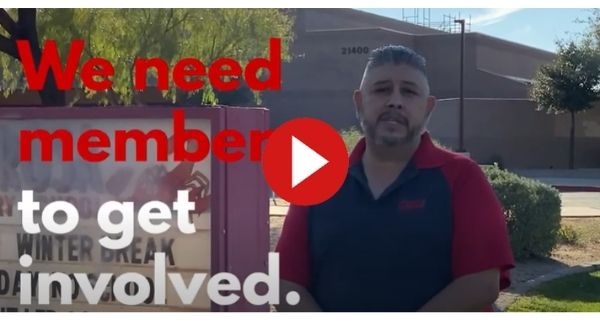 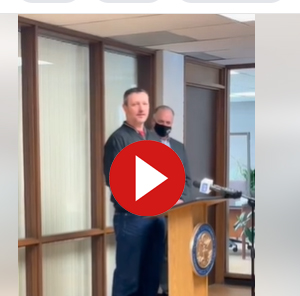 Last week, CWA Local 4108 Executive Vice President and Broadband Brigade member Martin Szeliga spoke to the press and elected officials about the need for broadband expansion and the importance of using skilled union technicians to do the work, at an event hosted by Congressman Dan Kildee (D-Mich.).

Additionally, the Buffalo News recently published an op-ed by Thomas Roulley, a telecommunications worker who serves as the Chairman of the Political and Legislative Committee for CWA Local 1122 in New York and is a member of CWA's Build Broadband Better team. “In order for broadband funds to reach New Yorkers in need and build out access successfully, they must be spent correctly. Empowering the Public Service Commission with the oversight to regulate these investments will ensure broadband infrastructure is built where it is most needed. With the needed resources on its way, New York must not fall short of this opportunity,” he wrote.

Members of the Personnel Association of Lawrence (PAL)-CWA (CWA Local 6400) are fighting against a proposal by the Lawrence school district to close or repurpose multiple public schools. The proposal is part of an effort to address a multimillion-dollar budget crisis.

“We continue to believe that the District Administration is offering us a false choice: we can close schools so that we can increase classified staff wages or we can accept poverty wages and our schools can stay open,” the workers said in a statement.

PAL-CWA’s members work at the Lawrence Kansas Public Schools as custodians, food service workers, paraeducators, school secretaries, and more. They have mobilized with advocates in the community by holding rallies, distributing flyers, and engaging in other solidarity actions to urge the Board to find alternative options to address the immediate budget shortfall and take the time to propose long-term solutions that do not include school closures.

CWA healthcare workers have spent the past two years fighting on the front lines of the COVID-19 pandemic. In Western New York, 2,000 of our members even went on strike last year to fight for better staffing and resources to protect their patients and themselves.

On Wednesday, CWA District 1 unveiled an inspiring new project put together in collaboration with Buffalo-based artists Brendan Bannon and Ariel Aberg-Riger highlighting the heroic efforts by our healthcare workers – check it out at buffalocovidheroes.com. 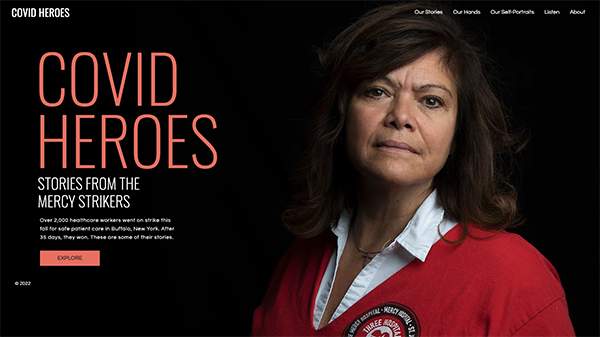 “I hope New Yorkers, and everyone from across the nation, will listen to the voices of these healthcare workers,” said Dennis Trainor, CWA District 1 Vice President. “Their incredible determination and sacrifice have saved lives and kept our healthcare system afloat during an unprecedented global pandemic. Yet our hospitals are still in crisis as this pandemic continues to rage on, and we must remain steadfast in our support of these heroes as they selflessly fight for our health and safety.”

The project includes dozens of Mercy Hospital workers, from environmental services and dietary workers to lab technicians and registered nurses.

“I am a caregiver. My biggest fear during this pandemic was knowing it could come from anywhere,” said Jamie Banks, CWA Local 1133 Executive Board Member and a CT Technologist at Mercy Hospital. “The chance of possibly hurting my husband, my kids or my family, not to mention anyone else is an awful burden to carry each day you report to work.”

Looking for a new addition to your playlist? Check out this new powerful track about the power of organizing by United Campus Workers of Georgia-CWA member Linqua Franqa