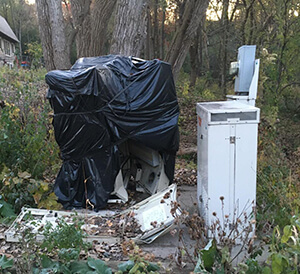 CWA’s comments to the Minnesota PUC included documentation of serious problems that cause service outages and connection problems for CenturyLink/Lumen customers and expose workers and the public to dangerous safety conditions.

CenturyLink/Lumen has argued that it has limited technician resources available to respond to requests for broadband repairs and installations. CWA’s comments to the PUC note that this is a self-made problem, since the company has reduced its Minnesota workforce by 52 percent in the last four years.

Recent natural disasters and the COVID-19 pandemic have revealed how critical access to telecommunications services are to the nation's health, safety, economy, and education systems. Eliminating call center answering time requirements would make it much more difficult for CenturyLink/Lumen customers to have timely access to an experienced, live human representative to respond to their concerns.

CWA members in New Mexico successfully fought a similar attempt by CenturyLink/Lumen to weaken regulations in 2019.

“Broadband providers build next generation fiber networks where it’s profitable – dense, wealthier areas. That has left more than one-third of U.S. households without true broadband service, either because of availability or affordability,” President Shelton said during the webinar. “And we saw that even when companies have built broadband with federal dollars, they have often done so with low-road contractors that cut corners to speed through construction jobs, risking safety and quality.”

“The pandemic has made the digital divide impossible to ignore. I believe it has also mobilized people to demand more – from their employers and from the government. CWA members are ready to put their experience and expertise to work,” he added.

The Bill Jeff Bezos Doesn’t Want You To Know About

CWA members have been mobilizing to pass the PRO Act, but many people have still not heard about this critical bill which will give workers the tools they need to build power at their workplaces.

A new video from economist and former Secretary of Labor Robert Reich explains how the PRO Act will make it easier for workers to join unions and fight for better working conditions. Watch and share! 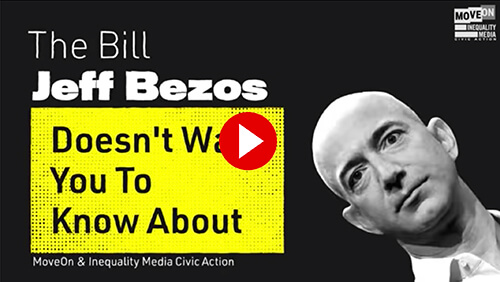 Members of CWA Local 13101 unanimously ratified a new collective agreement with the State of Delaware, Department of Health and Special Services, Division of Services for Aging and Adults with Physical Disabilities.

For the first time in Delaware history, Senior Social Workers and Case Managers won a wage package that is guaranteed through collective bargaining. Previously, they were considered “merit employees” dependent on the governor and state legislature for wage increases. The victory was a result of intense political action by members of CWA Local 13101 and the Delaware AFL-CIO who convinced legislators to pass a bill allowing the union to bargain those members’ wages.

Editorial workers at The Insider have voted overwhelmingly to join The NewsGuild of New York-CWA Local 31003 in an election overseen by the National Labor Relations Board (NLRB). The more than 300-person bargaining unit includes reporters, web editors, producers, video editors, social media producers, animators, photographers, designers, and copy editors. In April, the Insider Union announced that more than 80% of staff had expressed support by signing a union card. The company refused to voluntarily recognize the union, which led to the NLRB election.

U.S. workers at Change.org, a global platform that empowers people to start and win campaigns that address pressing issues in their lives and communities, won voluntary recognition this week. They will be members of CWA Local 9410 in San Francisco.

“We work to give everyone around the globe a voice on our open platform through the democratization of activism — and to achieve this, every worker at Change must have a voice, too,” the workers said in a statement posted on their website. “We believe collective bargaining is the most effective way to ensure that we have the mutually beneficial relationship with management and assurances necessary for that to happen.”

Change.org workers in Canada are also organizing with CWA. They have filed for certification under the Canada Labour Code which is expected to be finalized in the coming weeks.

C-Point is a powerful, self-directed portal that allows everyone to progress through a well-planned career review process and do it at their own pace. With most employers requiring a resume and interview, this resource has many tools to sharpen your skills in these areas. Request access to the free CWA member resource by visiting www.cwanett.org/c-point. Live zoom orientation sessions are available upon request to learn how to use the tools available.

Sen. Merritt outlined systematic efforts in Georgia, where Republican legislators are making voting harder for Black, Hispanic, disabled, elderly, and poor citizens in an effort to maintain their hold on power in the state. “We saw over 100 anti-voter bills introduced in the Georgia legislature in reaction to the high turnout, especially of Black voters, in 2020. They decided they had to change the rules so they wouldn’t have that high turnout again.”

This month, to commemorate the 60th anniversary of the original Freedom Rides that challenged segregation in busing and public facilities, Black Voters Matter activists participated in a voter outreach bus tour from Georgia to Washington, D.C.

CWA members turned out along the route to welcome the bus and rally in support of voting rights reform and the federal For the People Act. The Freedom Ride for Voting Rights culminated in a rally on the National Mall in Washington, D.C., this past Saturday.

CWA Members in Nashville, Tenn., welcomed the Freedom Ride for Voting Rights and shared information about the fight against so-called Right to Work legislation and CWA’s Build Broadband Better project.