CWA President Chris Shelton: It's Time to Bust the Filibuster

At a Defend Democracy Town Hall hosted by Our Revolution, CWA President Chris Shelton called on CWA members and allies to hit the streets to "bust the filibuster."

"Every other time we have come together to update our labor laws to give workers more power and more of a voice, the filibuster has blocked us," President Shelton said. "For too long, it's stood in the way of economic and racial justice in our country. Not anymore. Our mighty coalition is a majority of Americans. What we are fighting for is popular. We will take to the streets if necessary to reclaim our democracy and end the stranglehold of Mitch McConnell and Senate Republicans on meaningful progress for working families."

If you missed this town hall event, don't worry! You can watch the replay of the event here. 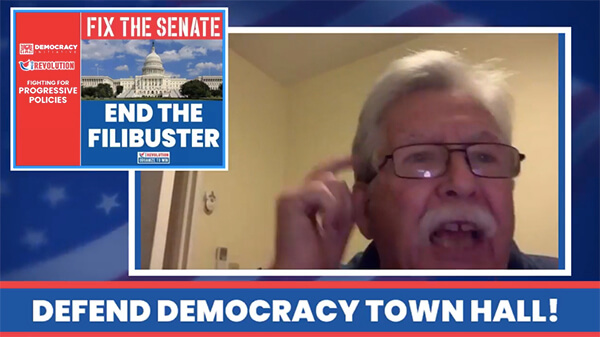 At a Defend Democracy Town Hall hosted by Our Revolution, CWA President Chris Shelton called on CWA members and allies to "bust the filibuster."

CWA technicians from all over the country joined a training last month to learn how to engage their local governments to advocate for transparency and accountability in their local permitting processes.

CWA has been following the 5G network deployment – particularly by anti-union Verizon Wireless – and has found a few concerning things: in many places, Verizon Wireless is using low-road, out-of-state, nonunion subcontractors to build their 5G network, and local governments issue permits, but many of them don't keep track of who the work is subcontracted to – meaning they don't know who's actually in the street doing the work. This lack of labor standards and transparency has resulted in dangerous and costly outcomes for workers, taxpayers, and communities.

The training included technicians from seven cities across CWA Districts 3, 4, 7, and 9. They are joining the fight for local subcontractor transparency policies. We need to hold the industry accountable, raise standards across the sector, and protect and grow good union jobs!

On April 30, 68 editorial employees for the New York Daily News won their NLRB election to join the NewsGuild of New York, TNG-CWA Local 31003. After more than a year of organizing, the members voted overwhelmingly in favor of forming the Daily News Union.

On May 7th, 83 editorial employees at the Bergen Record, the Daily Record, and NJ Herald won their NLRB election to join the NewsGuild of New York, TNG-CWA Local 31003. After a long campaign, the members voted overwhelmingly in favor of forming the Record Guild.

Throughout the pandemic, CWA members who work in telecommunications have been keeping our country's broadband networks up and running. We have depended on these networks for work, school, healthcare, and other essential services. 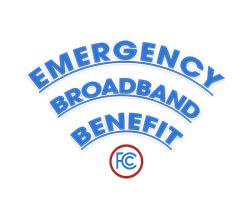 Eligible households can enroll through a participating broadband provider or directly with the Universal Service Administrative Company (USAC) using an online or mail in application.

You can learn more about the benefit, including eligibility and enrollment information, by visiting www.fcc.gov/broadbandbenefit, or by calling (833) 511-0311.

Please help get more people the broadband access that they need by sharing this information with your friends, family members, and community organizations! Social media content, flyers, and posters are available at www.fcc.gov/emergency-broadband-benefit-outreach-toolkit.