Feb 4, 2021 - NLRB Slaps Down AT&T's Attempt to Stall Union Election and other news

CWA: Passing the Protecting the Right to Organize (PRO) Act Will Usher In A New Era for Workers

A statement from Communications Workers of America (CWA) President Chris Shelton on the reintroduction of the Protecting the Right to Organize (PRO) Act, historic, bipartisan legislation to make it easier for workers to join a union and bargain with their employers, and to crack down on employers who use unfair union-busting tactics against their employees when they exercise their freedom to join together to improve their workplace:

"This is the moment that working people have been waiting for. With the new pro-worker administration, and with public support for labor unions at the highest it's has been in decades, CWA members are ready to raise their voices, flood congressional offices with phone calls, and do every single thing within our power to make the the PRO Act – a sweeping labor law reform bill that would usher in a new era for workers – the law of the land."

"The pandemic has illustrated how dangerously weak our nation's labor laws are, especially when workers decide to form a union, thanks to years of shameless corporate attacks on workers' rights. We are prepared for these professional union-busters to spread misinformation and use every dirty trick they possibly can against us in this fight. But CWA members are fired up because we all know exactly why these corporate special interests have to resort to these dirty tricks – it's because they see the writing on the wall. When millions of workers stand together, these union-busters will be exposed and defeated, and the voices of the workers will finally be heard."

Over the weekend, IUE-CWA members and community allies held rallies at Walmart stores across the country to call on the corporation to act immediately to prevent workers from losing 80 factory jobs.

LED light bulbs that are sold by Walmart are currently made by IUE-CWA workers at the GE-Savant Systems LLC lighting plant in Bucyrus, Ohio. However, the Walmart supplier has announced its intention to move its LED residential light bulb product line out of the facility to China, permanently laying off 80 workers, and putting the future of the plant, one of the last-standing residential lighting plants left in the USA, in jeopardy.

IUE-CWA International President Carl Kennebrew called on Walmart to tell the supplier to cancel its plans to outsource the 80 jobs.

"This should be easy for Walmart," said President Kennebrew. "Walmart's brand of LED Bulbs that now carry an 'Assembled in the USA' label are scheduled to be moved to China. Walmart can tell their supplier (GE-Savant) to cancel plans to ship them overseas. If Walmart is serious about supporting American manufacturing, this is how they can show it."

Workers have launched an online petition in support of the campaign to save these factory jobs and additional actions are planned at Walmart stores on Saturday. 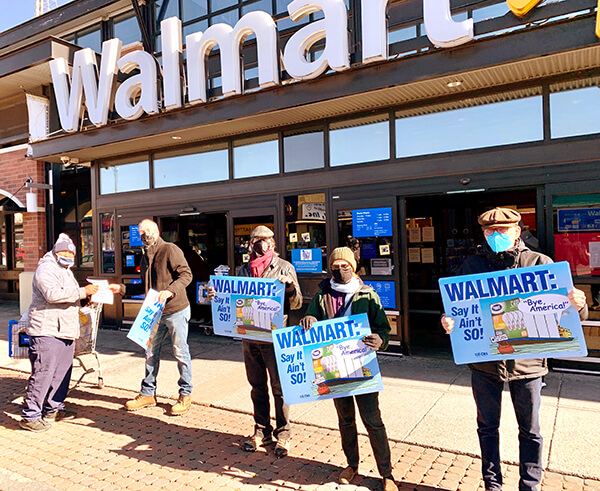 IUE-CWA members and community allies are holding rallies at Walmart stores across the country to call on the corporation to act immediately to prevent workers from losing 80 factory jobs.

Tell the Senate to Confirm our Union Brother Marty Walsh

Confirmation hearings for President Biden's pick for Secretary of Labor, Marty Walsh, have begun, and we need your help to push him over the line.

Walsh could be the first union member to become Secretary of Labor in nearly half a century. He knows our issues, and we know he'll fight for us. So let's get him confirmed!

(If you've already joined the hundreds of CWAers who've made their calls, great! Feel free to call again and thank you for taking action.)

This week, Region 7 of the NLRB issued a decision in CWA's favor, slapping down an attempt by AT&T to use a stall tactic to delay an election for a group of AT&T Mobility IHX workers at a facility in Southfield, Mich. AT&T had waged a court battle over the scope of the bargaining unit. However, according to this decision, the petitioned-for unit of AT&T Mobility IHX employees may now proceed to an election. While the employees' fight is not yet over, this decision is a major step forward for them and for CWA. 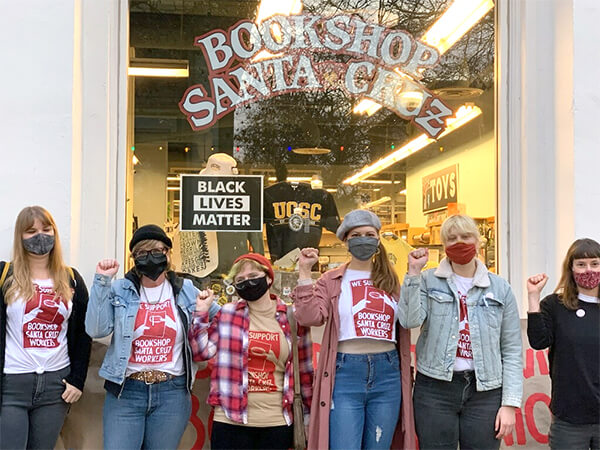 Workers at Bookshop Santa Cruz voted in an NLRB election to join CWA Local 9423. The unit of 31 employees overcame resistance to organizing efforts from management by taking part in job actions that included rallies, social media, engaging with community allies, and talking one-on-one to coworkers. Welcome to CWA!