"We couldn't be more proud of the work this union has done, the connections we've made, the victory we earned, and the work we will do together," said Andrew Stern, Video Producer at NBC News. "No matter how our colleagues voted, we stand in solidarity with each of them, ready to work tirelessly to build the newsroom we deserve." 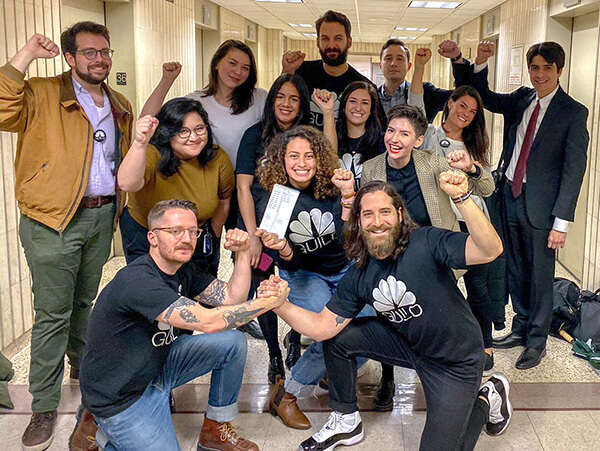 The staff of the Southern Poverty Law Center won union recognition by a vote of 142-45 on Dec. 16, racking up an important victory for labor organizing in the south. The bargaining unit will include staffers across 11 SPLC offices in five states (Alabama, Florida, Georgia, Louisiana, Mississippi) and Washington D.C. The SPLC Union becomes the third-largest unit in the Washington-Baltimore News Guild, TNG-CWA Local 32035, and the largest nonprofit in the local.

"At its core, this was a racial justice movement," said Danielle Davis, an attorney in the New Orleans office. "Labor organizing is a tool by which we can ensure equity and inclusion in our workplace," she said. 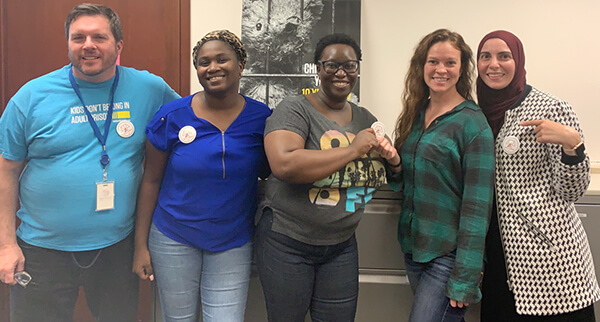 The staff of the Southern Poverty Law Center won union recognition, racking up an important victory for labor organizing in the south.

Prior to winning voluntary recognition, the group launched an online campaign that won support from politicians, community groups, and labor organizations.

The Trump administration has drastically cut back on OSHA enforcement activities and put working Americans at risk, according to a new report from the National Employment Law Project (NELP).

In the past three years, considerably fewer OSHA workplace inspections have been conducted than in any three-year period during the Obama or Bush administrations. In addition, OSHA now has fewer inspectors on staff to hold companies responsible for health and safety standards than at any time in the last 40 years. Unsurprisingly, workplace fatalities and catastrophes have increased in that same time period.

NELP also reports that many of the inspections being done are rushed and are not actively focusing on the more serious workplace hazards, such as chemical exposures, workplace violence, dangerous heat, ergonomics, process safety management, and refinery hazards.

The National Labor Relations Board (NLRB) announced a series of decisions this week designed to undermine workers' ability to join together to address workplace issues. All three cases were decided by a 3-1 vote, with President Trump's three appointees voting to give employers more control over workers' ability to communicate with each other and maintain their union membership.

"Corporations have far too much power over working people's lives." said CWA President Chris Shelton. "The NLRB is supposed to safeguard workers' freedom to join together and fight back against injustice at their workplaces and protect workers when their employers abuse their power. President Trump's NLRB has done just the opposite. With every decision, they make it harder for workers to speak out and easier for employers to silence them."

The Trump appointees voted to allow employers to restrict the ability of employees to use work email outside of work time to discuss workplace issues, and to prevent workers from discussing ongoing workplace investigations into illegal or unethical behavior, such as sexual harassment. The Board also ruled that employers can stop collecting union dues from members' paychecks upon expiration of a collective bargaining agreement, making it difficult for members to remain in good standing so that they can vote on union issues, such as contract ratification.

"These decisions show why passing legislation like the Protecting the Right to Organize (PRO) Act to increase worker power is so important," said CWA Senior Director for Government Affairs and Policy, Shane Larson. "The Trump Administration has been working as fast as they can on corporate America's wish list for silencing anyone who dares to challenge their absolute control over working people's lives. They want us to sit down and shut up." 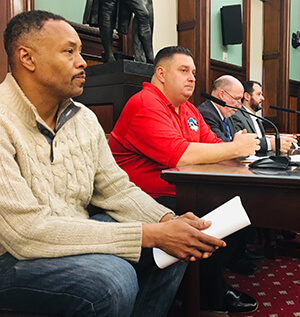 "On-call scheduling and the disrupted sleep that comes with it puts our safety at risk. It also puts the public at risk," said Xavier Maynard, an underground utility locator and Local 1101 member, and former USIC worker. "We go to great lengths to perform our jobs safely, but all it takes is one misstep due to exhaustion or inadequate training for tragedy to occur. Passing Intro 946 and 947 is hugely important in making our jobs and our city safer." 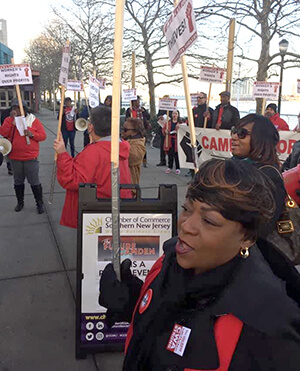 On the eve of a vote to authorize a strike, workers in the City of Camden won two landmark contracts last Tuesday.

On the eve of a vote to authorize a strike, workers in the City of Camden won two landmark contracts last Tuesday. The collective bargaining agreements covering 230 workers in Camden, N.J. provide 2.5% salary increases every year of the four-year deal. All of the workers will see significant salary increases, particularly newer, lower-paid employees who were hired in the last seven years and who have not been eligible for step increases.

The agreements are the result of more than a year of negotiating and many months of hard work and solidarity. CWA members had face-to-face organizing conversations with every member to build support, and held a press conference and rally.

"Solidarity and workers' willingness to threaten a work stoppage got this deal done," said Garren Steiner, President of CWA Local 1014.

See You Next Year!

There will be no CWA newsletter on December 26, due to the holidays. Have a safe and happy holiday season and Happy New Year from all of us at CWA!