UPTE-CWA members at the University of California voted overwhelmingly to ratify new contracts that cover 16,000 Healthcare, Research, and Technical workers. The contracts, which run through 2024, protect the world-class pension plan that has served UC workers for decades and provide total raises of 29-32%. Other victories include protections on parking and healthcare rates, daily overtime pay, and equity raises for many job titles across the university system.

Over two years of negotiations and mobilization, UPTE-CWA members waged five powerful strikes and countless other actions in order to reach this milestone. Without their dedication, this victory could not have been possible.

CWA members in District 9 successfully mobilized along with The Utility Reform Network (TURN), AARP, and other consumer protection groups to defeat in the California Senate AB 1366, a bill that would have extended a harmful deregulation bill pushed through by telecommunications companies in 2012 that has tied the hands of state regulators ever since. CWA members held several lobby days, organized email campaigns, and showed up in large numbers to every committee hearing that was held to make their voices heard.

The 2012 bill weakened regulations by preventing the California Public Utilities Commission (CPUC) or any state entity from acting on consumer complaints about VoIP telephone service, and rolled back other consumer protections for those using traditional landline services. The majority of California home phone users have been moved to VoIP home phone service from their traditional landlines, with some carriers actively pushing consumers towards VoIP.

The 2012 bill established that unregulated providers of VoIP were not required to follow the limited, reasonable service quality standards that traditional telephone service carriers must adhere to. These providers have had no oversight when it comes to service installation wait times, whether they keep commitments to install new service, and how long it takes the company to answer their phone when a customer calls.

Vulture hedge fund Elliott Management is pushing for changes at AT&T that would lead to drastic job cuts, increased use of authorized retailers at AT&T Mobility and the sale of part of AT&T's existing wireline footprint.

In a statement opposing Elliott's plans, CWA President Chris Shelton said, "Elliott Management has taken the obsession with shareholder value to an extreme, pushing proposals that in the end benefit only a small subset of shareholders – themselves. Anyone who thinks that Paul Singer and Elliott Management intend to 'deliver far-reaching benefits' to AT&T's customers is not familiar with the destruction this vulture hedge fund leaves in its wake. Working people are putting the vultures on notice. We will no longer feed your greed."

AT&T's great strength has been its dedicated, highly-skilled workforce. That workforce is also the foundation for its future. Instead of allowing Elliott to raid the company's assets, AT&T should invest in its core business by delivering high-speed internet, video, and wireless service to all Americans and invest in its workforce through improved training and retention programs.

President Trump tweeted his support for Elliott's involvement with AT&T, adding to his record of putting corporate profits and prosperity for Wall Street hedge fund managers over American jobs. Trump's corporate tax cut plan increased incentives for offshoring, and his administration approved the T-Mobile/Sprint Merger, which will result in the loss of 30,000 jobs. 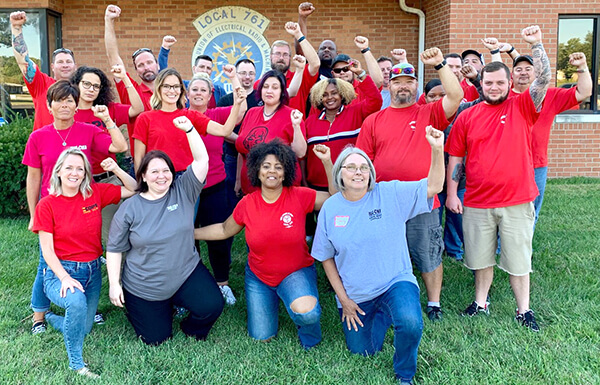 On September 4, 19 CWA members from Locals 83761, 83697, 83701, 3310, 3321, and 3645 attended a two-day CWA Political Activist Training in Louisville, where members strengthened the skills they need to build worker power this election cycle and kicked off a six-week program of intense organizing, mentorship, and growth!

CWA human rights activists who attended the Poor People's Campaign: Moral Action Congress in June are working hard within their communities to engage CWAers in the fight for social and economic justice!

CWA members Kwami Barnes (Local 4603 in Wisconsin) and Fred Smith (Local 3902 in Alabama) joined the Poor People's Campaign Coordinating Committee in their respective states to partner with local activists on organizing human rights actions in their communities. Those state committees recently kicked off a 22-state "We Must Do M.O.R.E. Tour!" running from September to May 2020. M.O.R.E. stands for mobilizing, organizing, registering, and educating people who will join the movement and vote to advance a moral agenda that challenges injustice.

The tour will lead into the Mass Poor People's Assembly and Moral March on Washington, where thousands of activists, leaders, and moral agents will gather on June 20, 2020, to demonstrate their power and solidarity. For information on the tour and events near you visit www.poorpeoplescampaign.org/more. 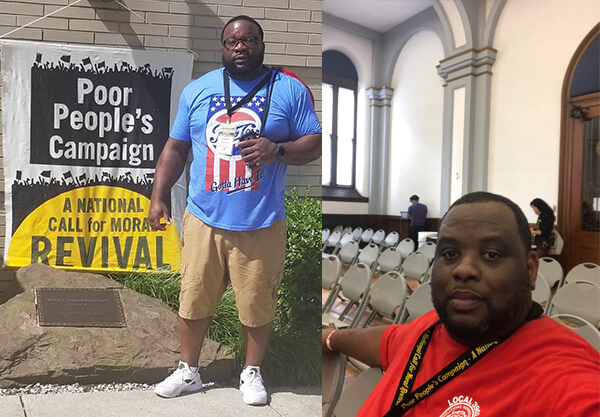 CWA will be celebrating the life and legacy of President Emeritus Morty Bahr, who passed away in July, at an event in Washington, D.C., on October 23.

For more information and to RSVP, please visit www.cwa-union.org/bahr.

President Bahr had a passion for education and lifelong learning. In 2001, the Morton Bahr Distance Learning Scholarship was established in his honor at SUNY Empire State College to help adult workers with full-time jobs pursue college studies. His family has requested that those wishing to honor his memory make donations to: