Workers also leafleted passengers at the airport, explaining their concerns and asking them to donate to local food banks, which many agents rely on to put food on the table, to ensure Envoy employees have enough to eat this holiday season.

The next bargaining session is set to begin on January 22. 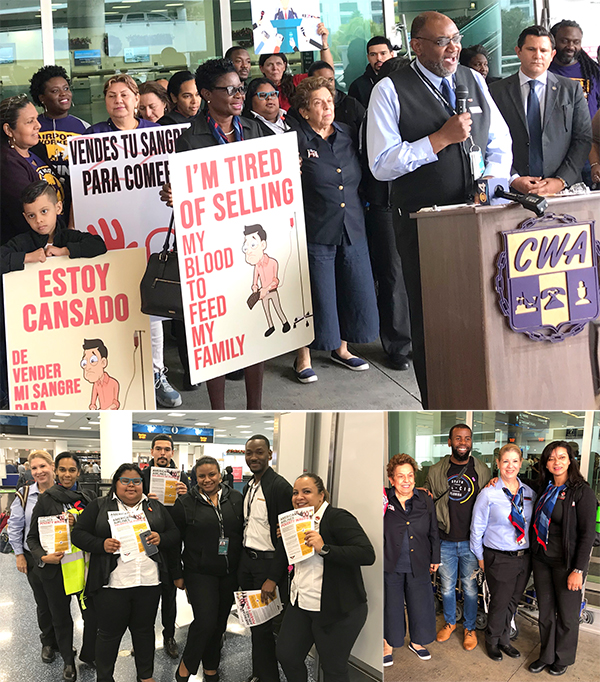 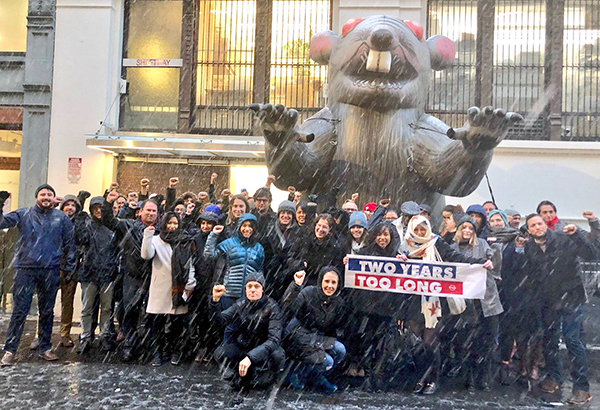 After an almost two-year fight for a fair contract, employees at Law360, a LexisNexis-owned legal news site, successfully secured a first-ever Tentative Agreement covering 170 workers. Employees stood together throughout the protracted negotiations, showing the company that they were strongly united in their fight for improved working conditions.

Above: CWA District 3 members from AT&T Southeast joined together in Atlanta this week for bargaining and mobilization training in order to prepare for 2019 contract negotiations with AT&T.

Below: Members of CWA Local 3808 are ready to mobilize for a fair contract with AT&T Southeast. 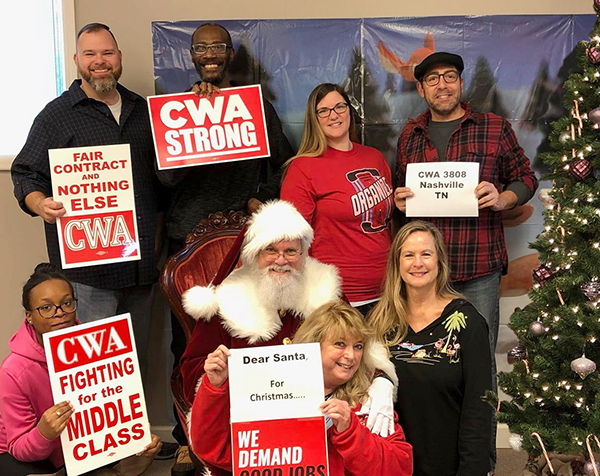 CWA members at AT&T Midwest have a message for AT&T Communications CEO John Donovan. In a new video filmed outside of an event in Cleveland where Donovan was speaking, CWA members tell Donovan that it's time for AT&T to get back to the table to bargain a fair contract that addresses the company's offshoring and outsourcing.

Workers at media outlets are coming together to improve their working conditions and strengthen their ability to serve their communities by joining NewsGuild-CWA.

Editorial employees at tech, culture, entertainment, and lifestyle publications PC Magazine, Mashable, Geek.com and AskMen, have announced their decision to form a union, and are asking parent company Ziff Davis for voluntary recognition. Staffers are citing stagnant wages, at-will employment, protection from harassment, and the need for a voice in the newsroom as motivating their desire to form a union.

Workers at the Center for Public Integrity, a nonprofit, nonpartisan investigative news organization, won voluntary recognition for their union from management this week. The new bargaining unit will consist of 20 members, including employees in the news and development departments.

The staff of Hoy Los Angeles, a Spanish-language sister paper of the Los Angeles Times, petitioned management for union recognition as part of the L.A. Times Guild last week. Around 10 Hoy employees develop and translate content, manage social media channels, and create photography and video for Hoy and for the Los Angeles Times en Español. They are effectively L.A. Times employees, and they deserve to be recognized as part of the union that represents the company's employees.

In August, CWA joined Common Cause and more than 70 other government reform, civil rights, labor, environmental, and advocacy organizations to urge the largest corporate funders of the American Legislative Exchange Council (ALEC) to cut ties with the organization, including AT&T and Verizon.

The public pressure worked! This week, it was reported that AT&T pulled its funding from the organization, joining Verizon, which announced its decision to pull its funding in September.

In addition to giving white supremacist, sexist, and racist ideas a platform at their recent conference, ALEC is the pre-eminent corporate-funded force behind efforts to gut voting rights, destroy public sector unions, and force through so-called "Right-to-Work" laws in numerous states.

CWAers are Fighting for Call Center Jobs in New Jersey 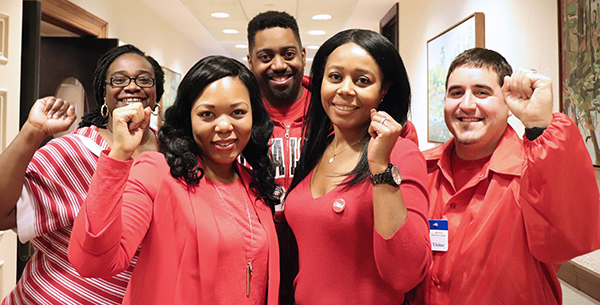