Democrats' plan for a better deal on trade and jobs outlines real policies to help working families fight back against corporations that want to shift more jobs overseas and cut wages and benefits for working Americans.

Lawmakers are recognizing the impact of the tens of thousands of U.S. customer service jobs that have disappeared over past years, as corporations ship good call center jobs to Mexico, India, the Philippines and other countries.

CWA has been pressing Congress to stop this flood of jobs overseas. Corporations are boosting their profits and enriching their investors at the expense of working Americans, and communities are devastated when these good service jobs disappear. And as more jobs are sent offshore, more pressure is brought to bear on U.S. workers to accept lower wages and benefits as the price for keeping any job at all.

Overall, the "Better Deal" plan will give working people a long overdue voice in what happens to their jobs and their communities. It ends the tax incentives and other rewards that corporations now get for sending jobs overseas; encourages companies to bring jobs back to the U.S. with financial incentives; fully restores "Buy America" requirements for all taxpayer-funded projects, and makes improving U.S. wages and good jobs a key objective of our trade policy.

The "Better Deal" plan would require companies that handle sensitive U.S. consumer data abroad, including call centers, to disclose to customers in what country they are physically located and the level of data protection in that country.

The New Jersey State Assembly voted overwhelmingly on Tuesday to pass a bill requiring back pay for state workers locked out during the state shutdown, and the Governor signed the bill into law.

"We applaud Speaker Vincent Prieto and all those legislators who voted to pass a clean budget," said CWA New Jersey State Director Hetty Rosenstein. "We thank them for doing their job by standing up for the integrity of the New Jersey State budget, as well as the process. We also thank the legislative leaders – from both houses – for making sure our members, who were locked out during the shutdown, are paid." 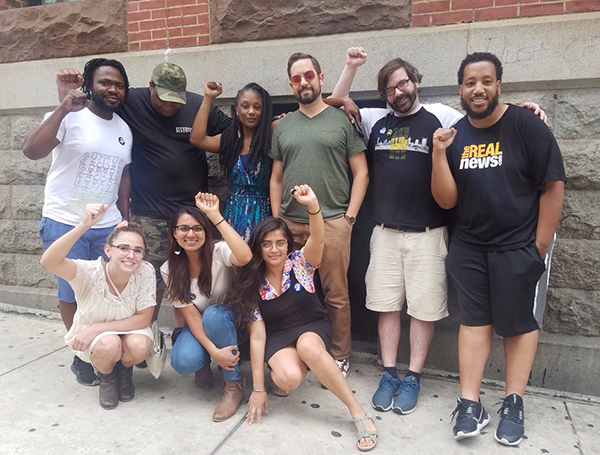 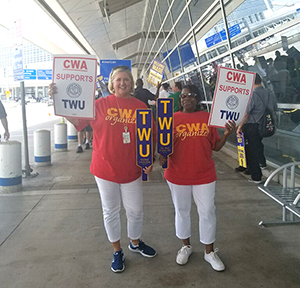 NOTE: This program is only available for members in Connecticut, Delaware, District of Columbia, Florida, Maryland, Michigan, Pennsylvania, Virginia, and West Virginia.

Since 1991, the Union Plus Scholarship Program has awarded more than $4 million to students of working families who want to begin or continue their post-secondary education. This scholarship program is available for CWA members and their children. Don't let summer fun distract you from the possibility of winning up to $4,000! 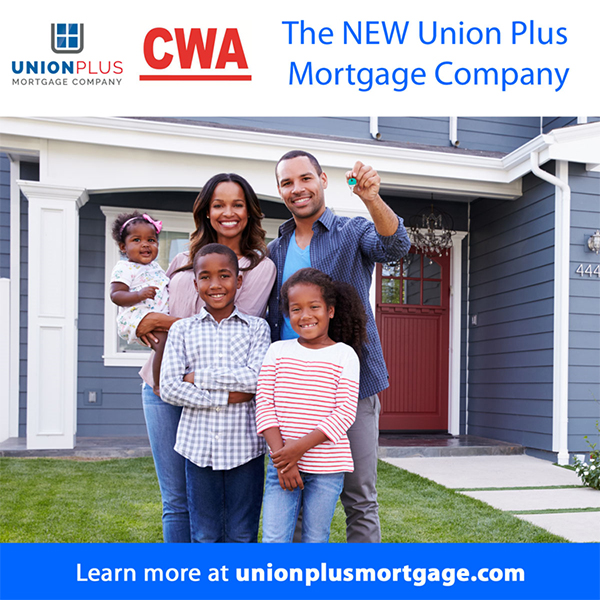