Bi-Partisan Bill to Save U.S. Call Center Jobs Introduced in House and Senate

Today, the "U.S. Call Center Worker and Consumer Protection Act" was introduced in both the House and Senate, to protect workers and consumers and to curb the off-shoring of American jobs.

The legislation requires that U.S. callers be told the location of the call center to which they are speaking, offer callers the opportunity to be connected to a U.S.-based center if preferred, and makes U.S. companies that off-shore their call center jobs ineligible for certain federal grants and taxpayer-funded loans.

The legislation was introduced in the Senate by Senator Bob Casey (D-PA) with cosponsors Senator Sherrod Brown (D-OH) and Senator Claire McCaskill (D-MO), and in the House by Reps. David McKinley (R-WV) and Gene Green (D-TX).

"We must do everything we can to protect American jobs and consumers and to ensure that Americans have access to good jobs that provide decent wages and benefits," said Rep. Green. "This bipartisan bill will help stem the tide of American jobs being shipped overseas. Along with fellow sponsor Rep. David McKinley, we are committed to working with our Democratic and Republican colleagues and the Trump Administration to move this legislation forward and to protect American workers and consumers."

"This call center legislation is just common sense," said Jennifer Szpara, a consumer consultant with Verizon in Pittsburgh, PA, and a member of Local 13500 who has been with the company for 17 years. "It would help keep good call center jobs here in the U.S. It would give customers who are connected to an overseas call center the right to be transferred back to the U.S. And it would mean that companies that do send good jobs overseas wouldn’t be rewarded with taxpayer-funded grants and loans. It's a win for customers, workers, our communities, and our employer."

The CWA report highlights examples of why the continued trend of off-shoring call center jobs is bad for American workers and harmful to the security of U.S. consumers' sensitive information.

"The off-shoring of call center jobs is a trend that is bad for American workers and communities and, as this new report shows, harmful to the security of U.S. consumers' sensitive information," said CWA Legislative Director Shane Larson. "At a time when voices across the political spectrum are emphasizing the dangers of off-shoring and the importance of prioritizing American workers, there should be strong support for bipartisan legislation like the new 'U.S. Call Center Worker and Consumer Protection Act.'"

CWAers are mobilizing to keep good call center jobs in the U.S., and are signing this petition calling on Congress to take action. 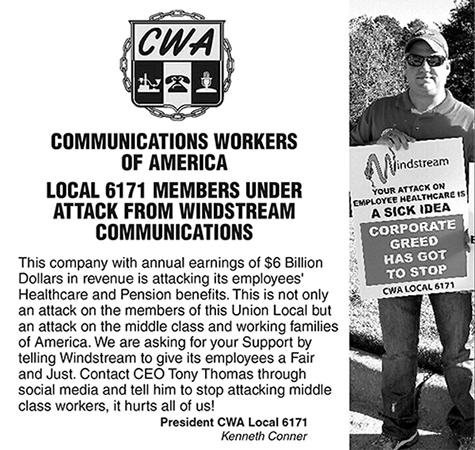 Local 6171 members mobilized to build public support for their fair contract fight. This ad ran in the Tulsa World and Arkansas Democrat newspapers.

In bargaining this week, the CWA bargaining team called on the company to supply information it is required to provide. Discussions were held on wages, commissions, attendance policy, job security for all titles, and other issues.

The 21,000 Mobility members covered by the "orange contract" voted overwhelmingly to authorize a strike if a fair contract isn't reached. 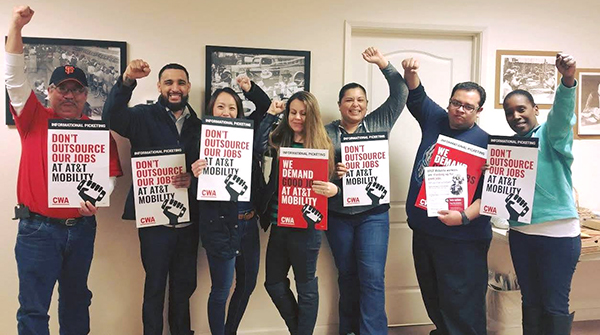 Mobility workers are all in for a fair contract. 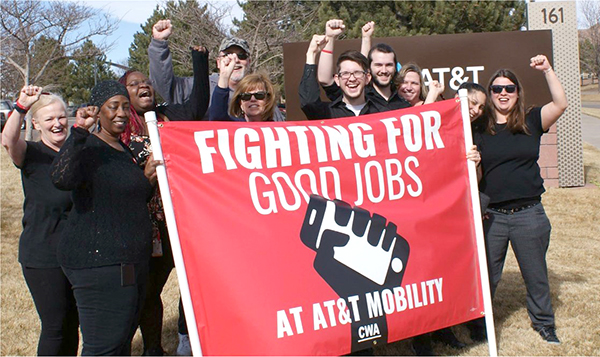 "Fake News" Attacks Backfire as Journalists Dig for the Truth

The barrage of lies and slander raining down on America's journalists is having unintended consequences for the perpetrators: Subscriptions are soaring as news organizations pour resources into political and investigative reporting.

Far from discouraging or silencing journalists, the attacks are fueling a renaissance in newsrooms across the country. Morale is going up; talk of job cuts is going down.

That vibrant newsroom is filled with Guild members who have been pushing The Times to "invest in us" as contract talks proceed. We hope Baquet’s words mean management has been listening.

Many of our members are among journalists getting national attention for their Trump coverage. They are doing us proud. Not only is their work exceptional, they are unfailingly civil and professional in the face of attacks on their character. They are not taking the bait. 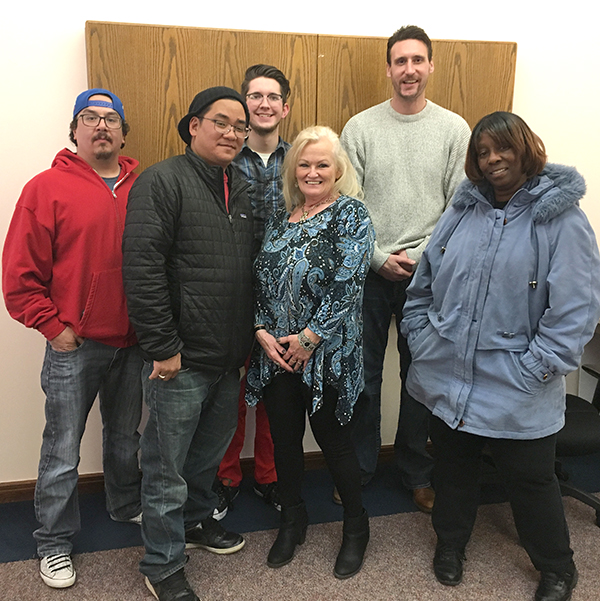 CWA DIRECTV Customer Care activists participated in stewards training in Denver. The newest members of CWA Local 7750 helped build their union voice from the start, organizing and signing up coworkers and mobilizing for their contract.