U.S.-based Cathay Pacific Airlines Flight Attendants joined AFA-CWA. In a union representation election, the National Mediation Board (NMB) announced that 97 percent of the voters elected AFA as their collective bargaining representative. The company employs approximately 450 cabin crew in the U.S. with bases at SFO, LAX and JFK.

"We are so proud to welcome our sisters and brothers at Cathay Pacific who chose to join with AFA-CWA Flight Attendants around the world," said AFA-CWA International President Sara Nelson.

"I'm grateful that we finally have a voice to speak up, and we no longer have to fear management or feel alone," said Connie Lai, a member of the Cathay Pacific cabin crew.

"Now we have a future with Cathay Pacific. This is one of the happiest days of my life. We now have a voice," said Cindy Wu, a member of the Cathay Pacific cabin crew.

"U.S.-based Cathay Pacific Flight Attendants will now use the support and resources of AFA-CWA to negotiate a first contract with the improvements and protections they have rightfully earned," added Nelson.

Forty-nine employees in Master Control, Broadcast Technology, and INR in television at Corus Quay in Toronto, Ont., have voted to join the Canadian Media Guild/CWA Canada. The vote comes after Corus bought Shaw Media, where CWA had a unit of 17 members.

LVNs at The Right Step in Wimberly, Tex., have voted to join CWA. The Right Step is a residential drug rehab center in the small town south of Austin. The unit will represent 18 employees.

CWA District 7 Vice President Brenda Roberts said the members' mobilization and solidarity from thousands of other DIRECTV workers who also have a CWA voice and representation made a big difference in the negotiations.

The ratification votes will be taking place over the next two weeks. Read more here. 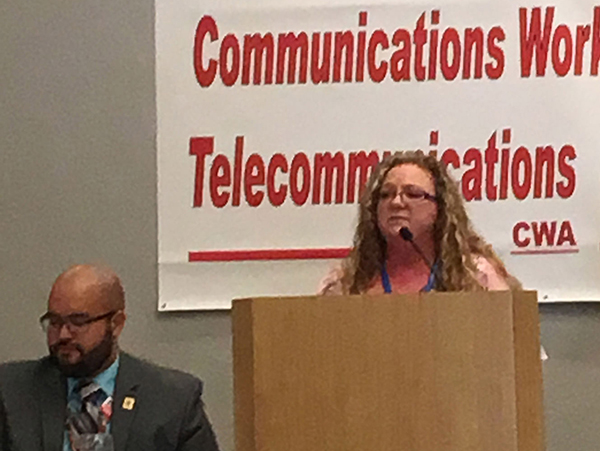 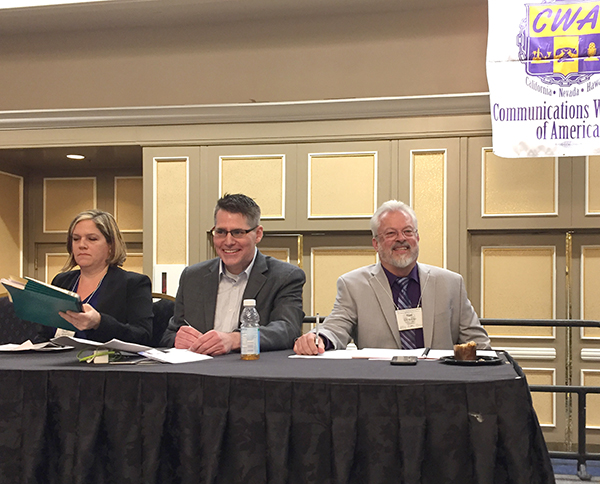 CWAers at AT&T Mobility are stepping up the mobilization while bargaining continues. Rallies and actions were held across CWA districts last week on Jan. 25, the opening day of negotiations. Get the latest here.

In a big victory for workers, an NLRB administrative law judge has ordered DISH to rehire the workers it illegally fired in 2014, bargain with CWA for a first contract, and restore cuts made to health care and vacation benefits that the company unlawfully changed.

Following is a statement by the Communications Workers of America on the introduction of so-called "right to work" legislation by Congressional Republicans:

In introducing so-called "right to work" legislation, Republicans in Congress didn’t waste any time doing the bidding of corporate interests who have plotted for years to weaken the collective bargaining rights of working people.

"Right to work" doesn’t create jobs. It doesn't improve economic development. It does result in lower wages – 3.1 percent lower, according to the Economic Policy Institute – and fewer benefits for working people. It weakens workers' ability to join together and bargain collectively with their employer.

Instead of looking to weaken workers' rights, Republicans would do better to pursue an economic agenda that brings back good jobs from overseas, helps build our communities and improves the standard of living for ordinary people. That's the kind of help working people really want.

Fighting Against the Corporate Cabinet

CWAers are continuing to mobilize to Stop the Corporate Cabinet. CWA locals have been leafleting worksites at least one day a week about these nominees, and calling their Senators to tell them to oppose the Wall Street takeover of our government.

Media coverage of these nominees has intensified over the past few weeks as confirmation hearings continue.

Secretary of Labor pick Andrew Puzder, the CEO of fast-food conglomerate CKE Restaurants, who opposes minimum wages and overtime, has faced scrutiny on his business practices and comments about workers. His confirmation hearing has now been delayed four times.

CNN reports on how Puzder called his own employees "best of the worst," and "the bottom of the pool," while the LA Times highlights how Puzder's paying his employees poverty wages has cost taxpayers about $247 million dollars per year.

Call your Senators now at 1-855-534-1774. Tell them to oppose the anti-worker Andrew Puzder for Secretary of Labor.

This week, Senate Democrats on the Finance Committee blocked scheduled committee votes on Secretary of Treasury nominee Steven Mnuchin and Secretary of Health and Human Services (HHS) nominee Rep. Tom Price, citing Mnuchin’s false statements to the committee and the need for additional information on Price’s stock trades and other actions that would be a conflict of interest with the HHS position.

Republicans on the Senate Finance Committee responded by suspending the committee's rules in order to ram through the nominations of Mnuchin and Price. Both nominees will now advance to the Senate floor despite having provided misleading and incomplete answers.

Mnuchin enriched himself at the expense of ordinary working people and lied during his nomination hearing and subsequent questioning about his bank's lengthy documented history of using forged documents to kick people out of their homes.

Price wants to slash Medicare and privatize the program, harming millions of seniors. He has failed to disclose pharmaceutical company purchases, lied about an ethics investigation, and used insider information to trade in health stocks for his own benefit.

"The nominees' lies and extremism already made both nominees unqualified and unfit," CWA said. "This week’s Republican power grab should ensure that every Democrat votes against their confirmation and does everything in their power to fight back against this disturbing example of Republicans' blatant disregard of accountability, integrity and proper governance." 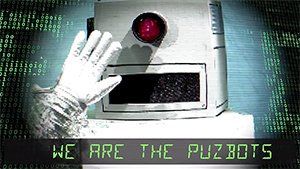 Secretary of Labor nominee Andy Puzder likes paying less than a living wage. The only thing he likes more is not paying wages at all. Puzder has talked up the benefits of replacing real human workers with technology. "They're always polite, they always upsell, they never take a vacation, they never show up late, there's never a slip-and-fall, or an age, sex or race discrimination case."

Now, his biggest supporters are coming out to cheer him on. Watch the video now.

Cummings: We Cannot Let Ourselves Be Guided By Fear

President Donald Trump's ill-conceived executive actions on immigration – thinly veiled as national security measures – will do nothing to address the real problems of our broken immigration system and prevent terrorist attacks. Instead, they simply block immigrants and refugees, many of whom have faced horrific conditions, from seeking asylum and safe haven in the United States.

This weekend we witnessed harrowing scenes of families being torn apart – mothers and fathers separated from their children, families being held for several hours without food or water. People are being detained at airports because of their country of origin and religious beliefs, an action that violates the U.S. Constitution.

Enforcement strategies that criminalize our immigrant communities, encourage racial profiling and erode due process have no place in our nation.

We cannot allow ourselves to be guided by fear, and therefore allow our principles to be tossed aside. America was built by immigrants and, above all, on the promise of freedom from persecution and free expression of religion. We urge our government to reverse or counteract these orders, and we pledge to stand strong and united.

Following is a statement by CWA President Chris Shelton on the nomination of Federal Judge Neil Gorsuch to the U.S. Supreme Court:

CWA opposes the nomination of Judge Gorsuch and calls on members of the U.S. Senate to do everything necessary to block this selection.

Judge Gorsuch has a record of aligning with corporate interests, from his career in private practice representing corporations to his decisions as part of the U.S. Court of Appeals for the Tenth Circuit.

Working families can’t afford to have Judge Gorsuch making decisions that without doubt will adversely affect our livelihoods and families.

CWA's Customer Service Advocacy Committee is launching a national network for all customer service members of the union. We want to share our experiences and support each other across the country and across employers, since we face similar issues.

Sign up for the CWA Customer Service E-Newsletter by clicking here.

Following the arrest of journalists during the presidential inauguration in Washington, D.C., the Executive Council of the NewsGuild-CWA called on the Attorney General to produce any evidence or grounds for detaining the six journalists who were arrested, or drop the charges.

In a letter, the TNG-CWA leaders stated, “All personnel involved in policing public protests should be trained in the fundamental necessity – and legally protected right – of a free press to perform its duties without harassment or interference.”

Charges against four of the reporters have been dropped, but two journalists are still facing charges.