CWA did the best political work in our history. We had record numbers of volunteers, more engagement, and more financial contributions than ever.

Unfortunately, the results on Election Day were not what we had worked towards.

The labor movement now is more important than ever for working families and our nation. We are the first, and in many cases, the only defense against attacks on working families and retirees, and insatiable corporate greed. We play a critical role in safeguarding the rights of minority groups and fighting to advance civil rights.

I have called a face-to-face Executive Board meeting for December where we will discuss our next steps and chart our course to take on the challenges ahead.

We will not stop fighting for progress for working families and we will not back down. We will stand together in solidarity against those who want to weaken our union and destroy the achievements of generations of workers.

Together, with courage and right on our side, we will stand up to any attack on CWA members, retirees and their families, and all working people.

Statement by the Communications Workers of America on the Presidential Election Results:

It will take some time to get used to the fact that Donald Trump has been elected President of the United States.

CWA and the labor movement are more determined than ever to protect working families, jobs and communities, and we're ready hold President-Elect Trump to his promises to advance the middle class.

CWAers helped deliver U.S. Senate victories in California for Kamala Harris, in Illinois for Tammy Duckworth, in Nevada for Catherine Cortez Masto, and in New Hampshire for Maggie Hassan.

CWAers helped elect Roy Cooper governor of North Carolina and worked hard to give Democrats a majority control of both Houses of the legislature in New Mexico and Nevada.

Additionally, CWA activists and allies were at the heart of these campaigns to restore the voice of working people to our democracy:

Voters passed a ballot measure calling for the automatic voter registration of citizens when they apply for the Personal Dividend Fund. The PDF is paid annually to Alaskans.

Citizens in both states voted to overturn the U.S. Supreme Court's Citizens United decision and other decisions that allow big money to flood our politics.

The voters defeated Initiative 71 that would have made it very expensive and very difficult to get an initiative on the ballot, restricting the right of ordinary people to hold referenda on critical issues.

Voters approved Initiative Measure 22 to stop unlimited gifts from lobbyists to politicians and strengthen the ability of ethics law enforcement to investigate lobbyists and politicians for breaking the rules.

Voters said yes to Measure X1, a voluntary system to publicly fund elections. Candidates who refuse money from special-interest PACs and accept only contributions of $50 or less receive a limited amount of matching funds.

Voters passed limits on contributions and expenditures and required disclosure of donors for county candidate elections.

Warren said that Democrats will work with the Republicans if they actually move toward improving the economy and tax fairness for working families. But if they pursue the agenda of corporate America, "we will fight them every step of the way." 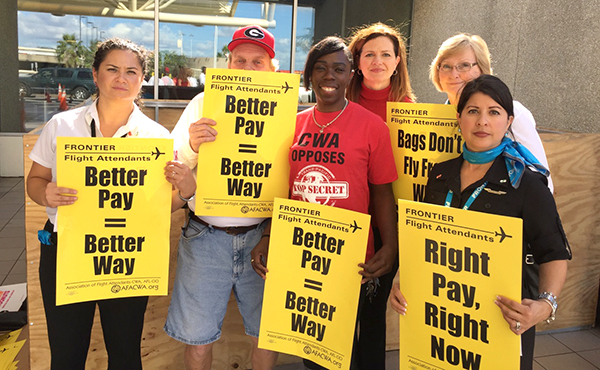 Members of Congress are weighing in against the University of California's plans to lay off 89 Information Technology employees and replace them with workers brought to the U.S. under the H-1B visa program by the India-based outsourcing company HCL. This is just the beginning of an offshoring scheme that could affect hundreds of IT workers at the public university that is, in part, financed by U.S. taxpayers.

U.S. Representatives Zoe Lofgren, Anna Eshoo, Mark DeSaulnier, and Barbara Lee, all California Democrats, along with Iowa Senator Charles Grassley (R), all have written letters to UC President Janet Napolitano, criticizing her actions and calling on her to reverse course.

Members of University Professional & Technical Employees/CWA Local 9119 have been mobilizing against the move for several months, building public support for the IT workers and against UC’s plan to send good paying, community jobs overseas.

UC employees will be forced to train the substitute techs to do their own good-paying, taxpayer-funded jobs. The majority of the offshored work then will be done in India. Additional IT staff may be brought to the UCSF campus from overseas on H-1B visas, public documents reveal.

As a requirement of their severance, UCSF technicians must train their foreign replacements before they hand in their badges in February. A very few of the current UC techs may be "rebadged" as employees of HCL. The others will be pushed out altogether.

Although UC is trying to downplay the severity of its outsourcing, the HCL contract can be utilized by any institution in the 10-campus UC system.

As Secretary of Homeland Security, Napolitano pledged to police H-1B visa loopholes that enable American employers to undercut U.S. wages and offshore good jobs. She once told senators, "Our top obligations are to American workers, making sure American workers have jobs."

"It is clear that the University is seeking to replace American workers with lower-cost foreign workers abroad and potentially also in the United States," wrote Sen. Charles Grassley (R-Iowa), who chairs the Senate Judiciary Committee, which overseas immigration. He told Napolitano that the H-1B visa program was "never intended to facilitate the replacement of qualified American workers with foreign workers, nor did Congress envision that employers would retain foreign guest workers rather than similarly qualified American workers, when employers cut jobs."

"This Veterans Day, as we salute the extraordinary sacrifices and courage of generations of service members, America begins its next chapter in keeping our nation safe and strong. We also must acknowledge and repay, through action, not words, our debt to the men and women who have served.

We want our President and Commander-in-Chief to overhaul the broken veterans' health care system and make certain that our veterans receive timely, high-quality care. We want an end to efforts to privatize the Veterans Health Administration. We want guarantees that service members suffering from military sexual trauma receive disability compensation and treatment, and that their charges are treated seriously. We want our government to support the families of those who defend us.

This work will be bolstered by a new veteran — Tammy Duckworth of Illinois — who was elected to the U.S. Senate. Duckworth lost both her legs when her Army Black Hawk helicopter was shot down in Iraq. Her experience, along with colleagues in the House and Senate, will ensure that our veterans receive the full attention of elected officials when it comes to Defense Department budgets or an updated authorization for the use of military force.

As an Air Force veteran, I'm proud that my union recognizes the sacrifice and contribution of all our veterans. We will continue the fight to ensure that all working people — and all veterans — can share in the American Dream.

That's our commitment to the tens of thousands of CWA members and retirees who are veterans, and to veterans across the country. That's how we honor their service today and every day." 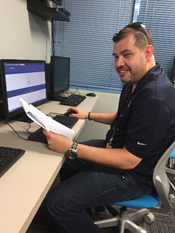 A dozen members from CWA Local 3010 in San Juan, Puerto Rico, are using the resources of the CWA/NETT Academy, CWA's technology training program. The AT&T Mobility members have enrolled in a Federal Communications Commission (FCC) radio licensing course through APT College, a CWA/NETT education partner, to help them build new skills to use now and in the future. This program also will enable the CWA students to earn a life-time certification from the FCC.

"Our members in Puerto Rico have long sought training that can be beneficial to them on the job now and into the future. I'm pleased they have turned to their union for help. Their participation in this union program will strengthen our relationship and allow us to grow together as a union and provide the support the members need," said Richard Honeycutt, District 3 Vice President.