Participants at CWA's Customer Service Conference focused on organizing and fighting back against the corporate power that hurts jobs and incomes.

Meeting in Pittsburgh, Pa., customer service professionals heard from CWA President Chris Shelton, who talked about the challenges facing CWA customer service members, noting, "Our jobs are targets for employers constantly looking for ways to boost their profits by cutting our pay or benefits."

Workshops and other sessions concentrated on racial justice in the labor movement, offshoring, global unionism, and building power in the workplace. 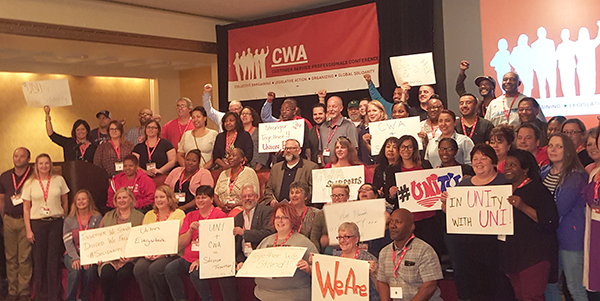 CWAers met in Pittsburgh for the Customer Service Conference, which focused on organizing and fighting back against corporate power. 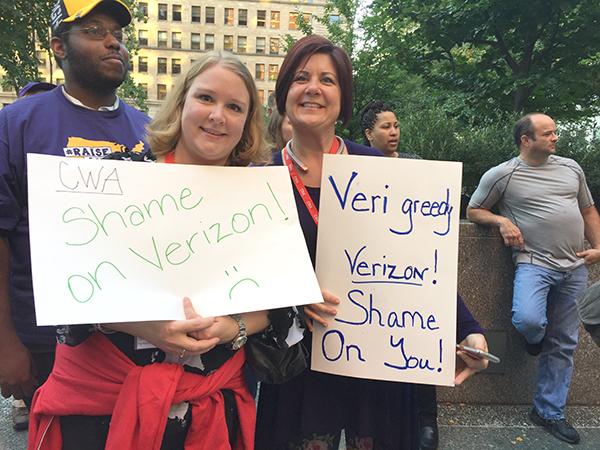 Editorial staff at Jacobin, a Brooklyn, N.Y.-based print and online magazine that offers socialist perspectives on politics and culture, joined The NewsGuild of New York, TNG-CWA Local 31003. The NewsGuild is the largest union for media professionals in the country.

The courts recently handed out two big Florida voting rights victories in a blow to Republican Governor Rick Scott's attempts to keep people – especially those with lower income, the elderly, and people of color – from voting.

Scott tried and failed to prevent the state from extending the voter registration deadline to accommodate people affected by Hurricane Matthew.

A federal judge also ruled that if a voter's signature doesn't match the one on file, Florida must allow absentee voters the chance to verify their signatures and have their votes counted.

Following is a statement by CWA President Chris Shelton on the final presidential debate between Hillary Clinton and Donald Trump:

We've seen more than enough on the 2016 presidential campaign trail. There's no question that Hillary Clinton will take office ready to listen to all Americans and will be ready to address the concerns of working Americans.

Hillary Clinton rightly pointed out, "There's only one of us on the stage who's actually shipped jobs to Mexico," indicating that her opponent actually offshored jobs and work to 12 countries including Mexico.

Hillary Clinton said that accepting the outcome of an election "when we may not have liked them is what must be expected of anyone standing on a debate stage during a general election." Her opponent said, "I will look at it at the time."

Hillary Clinton said, "The Supreme Court should stand on the side of the American people, not on the side of the powerful corporations and the wealthy." Her opponent said the judges he would appoint "will have a conservative bent."

Trump, recently accused by multiple women of sexual assault, made the audience laugh by saying, "Nobody has more respect for women than I do" – and then just minutes later interrupted Clinton to call her a "nasty woman."

There are just three weeks until Election Day. On Nov. 8, we can elect a President who understands the concerns of working families and knows how to get things done. This means a president who will work to ensure that Wall Street pays its fair share, that students have a path to higher education that doesn't leave them in overwhelming debt, and that working families can again see a better future for themselves and their children.

Last night's debate only strengthened our conviction that Hillary Clinton will be the experienced and qualified leader our country needs.

Thousands of CWA activists in the battleground states will not let down their guard in these last three weeks, but will be walking neighborhoods, calling other union members, and working hard to elect Hillary Clinton president of the United States.

CWA President Chris Shelton and CWAers joined members from the Hotel Employees and Restaurant Employees, the AFL-CIO, and many other labor groups to picket outside the Trump International Hotel in Washington, D.C. Pickets have also been organized at Trump hotels in New York, Chicago, San Francisco and Honolulu. 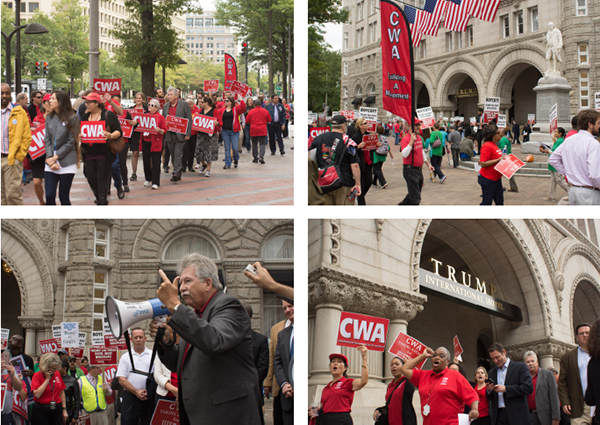 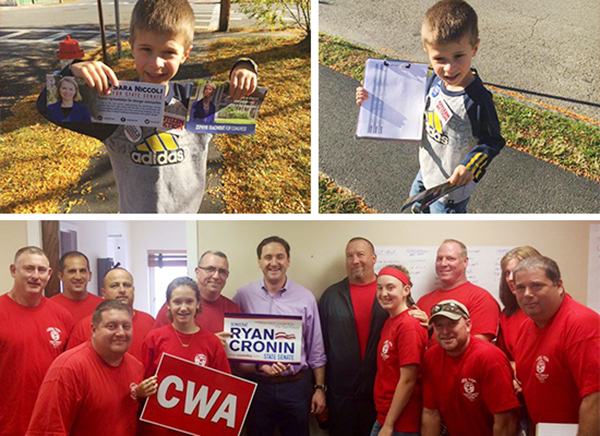 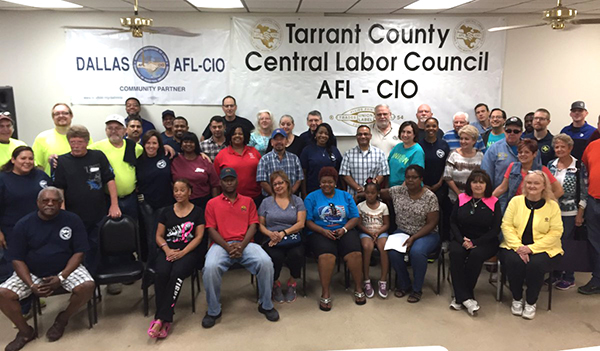 More than 30 CWA and AFA-CWA activists participated in a legislative-political boot camp in Seattle, Wa. 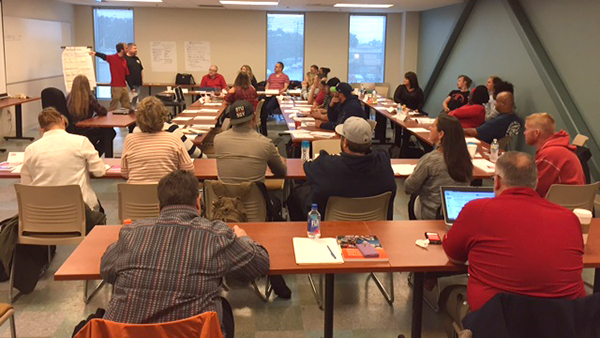 CWAer Featured on a Labor Movement and Politics Radio Panel

NABET-CWA 54041 President Emeritus Ray Taylor was a panelist for a feature on the Labor Movement and Politics on the Wayne Besen Show on Chicago's Progressive Talk Radio.

Listen to the replay of the panel here.

Sign up now for this year's CWA Wireless leadership conference, to be held in San Antonio, Tex. On Nov. 27-30. Learn more here.