Cuomo's office said the closing of two call centers in New York as part of a nationwide consolidation plan is "an egregious example of corporate abuse – among the worst we have witnessed."

Shelton said Verizon was exhibiting "corporate greed at its worst" by closing call centers and laying off 3,200 retail store workers. He pledged that CWA will keep up the fight against "very greedy" Verizon and will continue to work with Verizon Wireless workers for the union voice they want and so clearly need.

Concurrent negotiations are being held at the main Appliance Park table, with IUE-CWA National and Local bargainers, and the Appliance Service bargaining table, with coordinated bargaining by IUE-CWA, the IBEW, Machinists, UAW, and United Electrical Workers.

Pat Toomey's Anti-TPP Stance is All About Political Cover, Not Support for Working Families

Any Pennsylvania voters wondering whether Senator Pat Toomey's (R-PA) newfound opposition to the Trans-Pacific Partnership (TPP) trade deal was a deeply held belief or an empty attempt to help his re-election campaign got a pretty straight answer from Toomey himself recently. In an interview with the Philadelphia Inquirer editorial board, Sen. Toomey admitted that while he currently opposes TPP, he is "open to reconsidering" the TPP at some point in the future.

The news, given Sen. Toomey's vote in support of fast tracking the TPP and past vocal support for the TPP, isn’t surprising. "This is more evidence that Pat Toomey's anti-TPP stance is all about political cover, not authentic opposition to this bad trade deal," said Ed Mooney, CWA Vice President, District 2-13. "Unless and until Senator Toomey can confirm that he plans to vote against the TPP in a lame duck and in any other future legislative session, we will put his anti-TPP stance in the category of political posturing where it belongs."

Iowa activists made a strong showing at an anti-TPP rally in Davenport sponsored by the Iowa Citizens for Community Improvement. They were joined by Our Revolution Board Chair and former CWA President Larry Cohen and Steve Abbott, president of CWA’s Iowa State Council.

Abbott noted that the TPP agreement is 5,500 pages long, and said the public wasn't informed about it for five years. "I am scared to death about the TPP," he said.

Our Revolution is the group launched in the wake of the Bernie Sanders campaign with the goal of turning the presidential campaign into a long-term progressive movement that focuses on issues like opposing the TPP, making college affordable, providing healthcare for all, and raising the minimum wage to $15. Learn more and get involved here.

CWA: Hillary Clinton is the Best and Only Choice for President of the United States

Following is a statement by CWA President Chris Shelton on the second presidential debate between Hillary Clinton and Donald Trump:

If anyone needed more evidence that Donald Trump is unfit to be President of the United States, the events of the past several days and last night's debate more than supplied it. Trump's demeaning view of women has no place in our nation, nor does his attack on Latinos, disabled persons, veterans, or any of the other Americans he has insulted and treated with disrespect.

Hillary Clinton reminded us: "China is illegally dumping steel in the United States and Donald is buying it to build his buildings. That is something I fought against as a senator and I would have a trade prosecutor to make sure we don't get taken advantage of by China, on steel or anything else."

We've all heard Donald Trump say he "wants to make America great again" but we know that he buys his steel from Chinese manufacturers and hides those purchases so no one sees just how anti-American-worker he really is.

Hillary Clinton reminded us: Donald Trump's tax plan "will give the wealthy and corporations the biggest tax cuts they've ever had, more than the Bush tax cuts by at least a factor of two…The way that he talks about his tax cuts would end up raising taxes on millions of middle-class families."

And she promised: "People like Donald Trump, who paid zero in taxes, zero for our vets, zero for our military, zero for health and education – that is wrong. We're going to make sure that nobody – no corporation and no individual – can get away without paying his fair share to support our country."

Watching the second presidential debate also made clear that Hillary Clinton listens to ordinary Americans. She hears their concerns and works in a serious way to address the issues that working families care about. That's what she has done throughout her years of public service, especially on behalf of children, in her tenure as a U.S. Senator and her service in the Obama administration.

We've heard far too many empty words, doubletalk, and insults from Donald Trump during this campaign. Working families deserve better and that's why, with just one month to go until Election Day, members of my union are doing everything they can to elect Hillary Clinton the first female president of the United States.

CWA has thousands of members and retirees in all the battleground states who are engaged in this election. CWA Women for Political Power, a separate program, is up and running in 20 states. 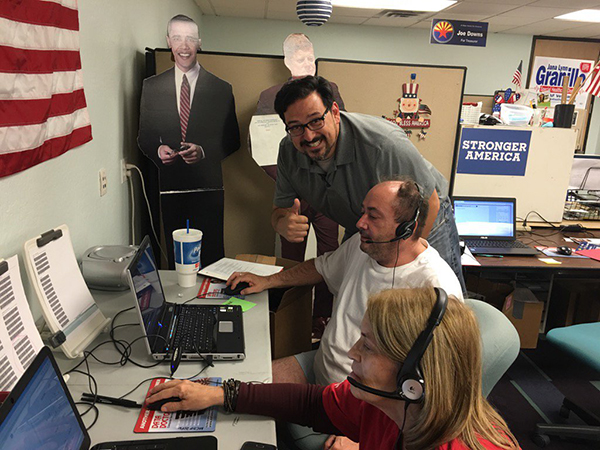 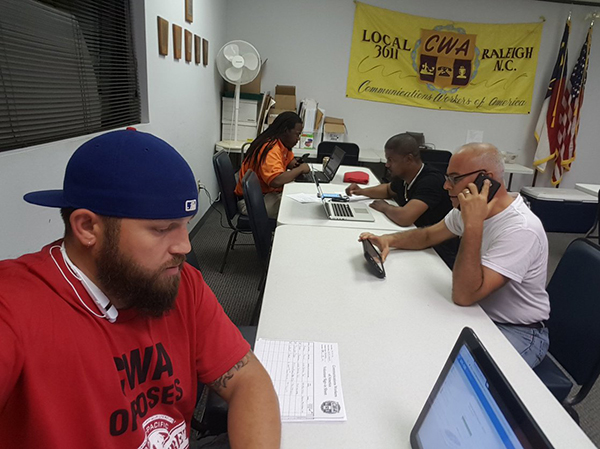 A new Russ Feingold commercial features former CWA Local 4603 Vice President Mary Jo Avery. Her appearance is about 10 seconds into the commercial, which you can watch here. 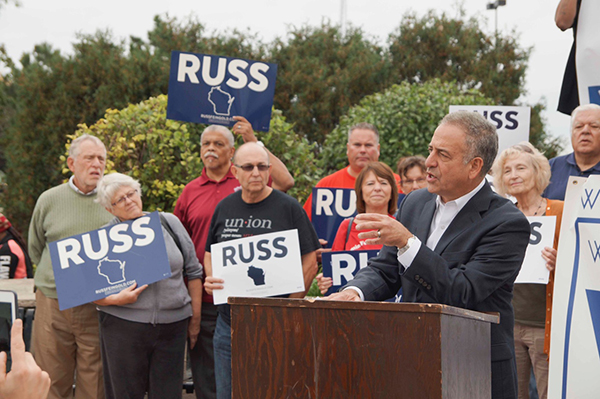