It's Time for the Senate to Do Its Job

Shortly after the news of Justice Antonin Scalia’s death, Republicans in the Senate pledged that they would not consider a nomination from President Obama for a replacement. Senator Mitch McConnell (R-KY) proclaimed, “this vacancy should not be filled until we have a new president.”

President Obama has both the Constitution and history on his side, and he should announce a nominee as soon as possible. Article II of the Constitution directs the president to nominate and, “by and with the Advice and Consent of the Senate,” appoint Supreme Court judges. There is no special loophole for election years. In fact, there are 11 instances where the Senate took action on a Supreme Court nominee during a presidential election year.

It’s time for the Senate to do its job: give Obama’s nominee a fair hearing and timely vote. The American people deserve a fully functional Supreme Court – not another institution bogged down in partisan gridlock.

Since Republicans took control of the Senate in January 2015, they have blocked the President’s attempts to fill vacancies on the 12 federal courts of appeal.

CWA and allies are continuing to fight for Senate rules reform which began in 2010 through the Democracy Initiative’s Fix the Senate Now campaign, to ensure that qualified nominees can receive fair hearings and up-or-down votes.

2,600 Reminders Why TPP is Wrong for Workers

By Tuesday, Feb. 16, more than 2,600 CWA members had submitted comments to the U.S. International Trade Commission (USITC) expressing their concerns about the Trans-Pacific Partnership (TPP) and its potential to harm American workers and communities. The USITC is currently investigating the TPP’s potential effect on America and will likely publish its findings in May.

CWAers and a broad group of allies oppose the TPP because the deal will send more call center and manufacturing jobs overseas, worsen income inequality, and allow foreign tribunals to overturn U.S. policy decisions, laws, and regulations. CWA members voiced concern about the secretive negotiating process and the fact that some of the TPP nations have alarming child labor records. Here are some excerpts from the comments: 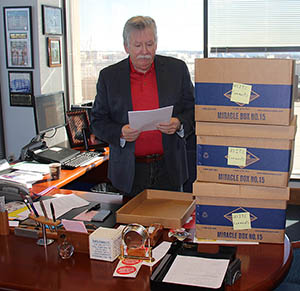 Members of CWA Local 1077 in East Orange, N.J., ratified a contract covering 400 municipal workers. The contract, also approved by the city of East Orange, will benefit workers, city residents and the entire community.

CWA Local 1077 President Bennie Bratley said the contract provides for flat pay increases in the first two contract years and percentage increases for the rest of the contract term. The agreement is in effect through 2018.

“One of the best features of this agreement,” said Hetty Rosenstein, CWA's New Jersey Director, is that it “phases in a minimum wage of $15 an hour by the end of the contract. There aren’t a lot of workers who fall into this category, but for those who do, this provides them with a living wage. CWA applauds the mayor for his foresight in making sure that people who live and work in East Orange are paid a living wage.”

“Envoy Flight Attendants made a collective decision that will carry us through the next four years,” said Robert Barrow, AFA President at Envoy Air. “We are dedicated to raising the standard in the regional industry for Flight Attendants.” 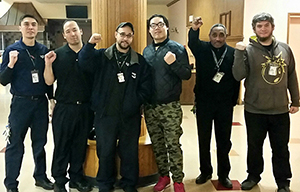 Technicians employed by International Game Technology who fix gaming machines at Monticello, Aqueduct and Yonkers Raceways in New York voted 13 to 7 for representation by CWA Local 1101 in an NLRB election. The workers overcame the tough anti-union campaign waged by a union-busting consultant by building support, taking over the captive audience meetings and wearing CWA gear.

The Political Revolution is Taking Hold

In Nevada and many more states, CWA activists are participating in the broad support that’s building for the presidential bid of Vermont Senator Bernie Sanders. This week, CWAers will be caucusing in Nevada, then going to the polls next week in South Carolina. CWA activists in the 12 Super Tuesday states already are mobilizing to get out the vote for those March first primaries. The states are: Alabama, American Samoa, Arkansas, Colorado, Georgia, Massachusetts, Minnesota, Oklahoma, Tennessee, Texas, Vermont and Virginia.

Check out cwavotes.org for more information. 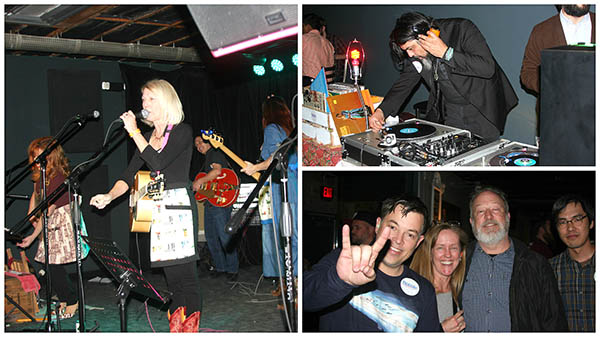 Supporters in Arizona rock out for Bernie Sanders. Yolanda Bejarano, an activist from CWA Local 7019, organized the benefit concert on her own time. Death metal, country mariachi, noise and folk bands all helped raise more than $3,000. 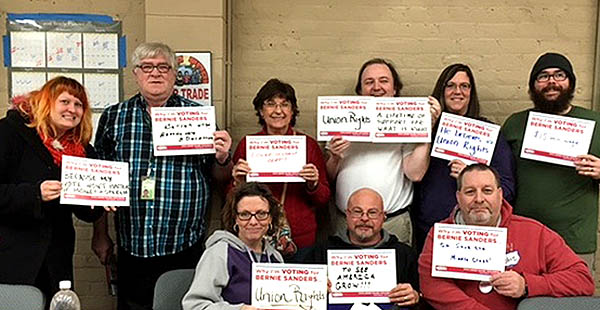 CWA retired and active members are pushing back against Nokia-Lucent’s attempt to grab billions in pension assets from a plan covering retired CWA and IBEW members and transfer those funds to an underfunded management fund. The campaign supports the lawsuit brought by CWA charging that Nokia-Lucent is violating the law and the collective bargaining agreement in place covering Lucent workers. Retirees and active workers are picketing Nokia-Lucent facilities, contacting their members of Congress and other leaders, and raising the issue in the media.

Read some of the media coverage here and here.