Sanders Has Winning Message for New Hampshire and Beyond

On New Hampshire Primary Day, CWA President Chris Shelton traveled to the Granite State, rallying local activists and participating in a flurry of media interviews about why workers are joining Sen. Bernie Sanders's political revolution. He issued this statement on the results of the first-in-the-nation primary:

"In New Hampshire, with his decisive win, we again saw the energy and enthusiasm that Bernie Sanders generates among working families, first time voters, young people, independents, and even conservatives.

"CWA members aren't surprised that Bernie Sanders's grassroots revolution is spreading throughout the country. He was the overwhelming choice of CWA members who voted in our online poll to endorse him and his fight against an economic and political establishment that's rigged against working families.

"Sanders is the only candidate whose campaign is funded by the small dollar contributions of ordinary Americans. He has energized millions of voters with his message of fundamental change that benefits working families, not the 1 percent.

"Our union has more than 300,000 active and retired members in the states that will hold primaries between now and April 1. In California, Texas, New York, New Jersey, and Ohio -- where CWA has its largest numbers of members -- activists are ready, organizing worksite actions, staffing phone banks, and signing up new contributors to CWA's political program ahead of the general election." 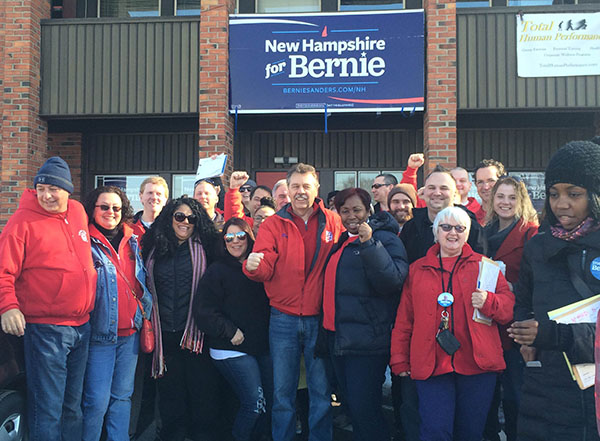 About 50 CWA activists meet up at a Sanders field office in Manchester, before heading out to canvass neighborhoods and talk to voters. 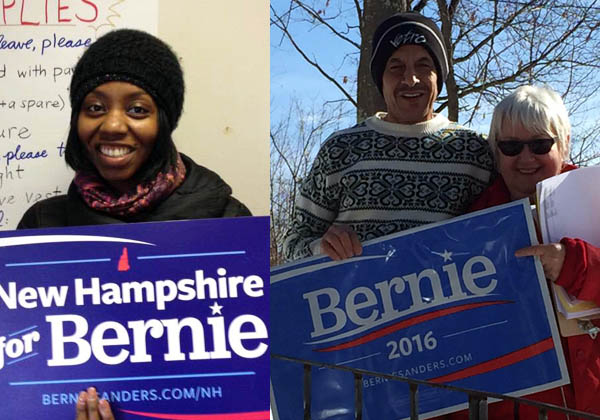 Members of CWA Local 1400, CWA Local 1180 and other CWA District 1 locals make phone calls and knocked on doors to support the Sanders campaign.

CWA District 1 Vice President Dennis Trainor rallies CWA members before everyone headed out for a day of canvassing. 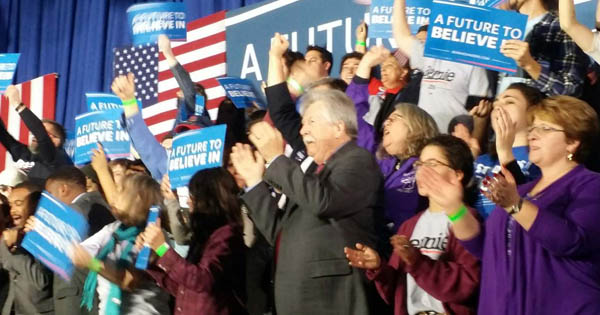 Bargaining opened this week covering 11,000 AT&T Mobility workers in CWA District 6 who are covered by the "purple" contract.

CWA wireless techs and CWAers at Mobility call centers and retail stores nationwide showed their solidarity with the District 6 "Take a Stand" message by standing up for two minutes at 10 a.m., noon, 2 p.m. and 4 p.m. CWA represents 45,000 Mobility workers nationwide.

In District 6, Mobility members are mobilizing and making sure that every worker is getting the union message.

Keep up with the latest at http://district6.cwa-union.org/ 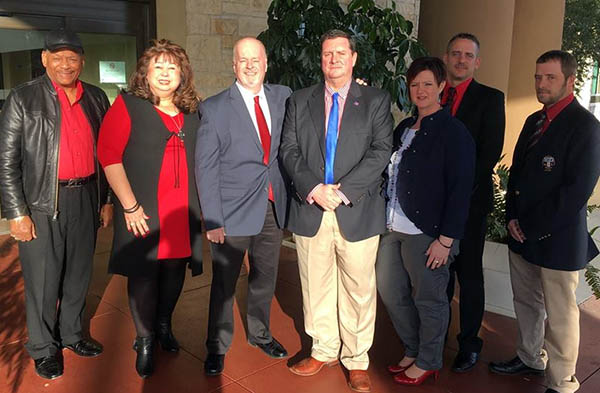 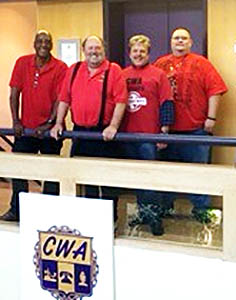 Among other gains, the tentative contract provides for a fairer, updated compensation plan that allows for members to be rewarded for their efforts.

At the start of bargaining, District 3 Vice President Richard Honeycutt called on YP, "the largest yellow pages in the world, to do the right thing and take care of our members, the ones who are the face of this company and the ones that drive the revenue."

The contract was presented to members for a ratification vote.

"I am standing here on behalf of all the workers at the New Flyer Minnesota plant," she said. "Mr. Secretary, there are two important things you need to know about all of us: We are members of CWA Local 7304 and we build great busses. They say that manufacturing in this country is dead but I know you don't believe that. I know President Obama doesn't believe that either. And, I am living proof that manufacturing is alive in the United States."

The regional summit was an extension of the White House Summit on Worker Voice, a day-long session last October that brought together workers, union leaders, worker advocates, and businesses to explore ways to ensure that everyone can share in the U.S.'s economic growth. CWA President Chris Shelton and T-Mobile worker Abigail Parrish participated in that initial discussion.

On Tuesday, Brand continued that conversation. Brand explained that when competition is fair, New Flyer workers can "win hands down." Recently their plant in St. Cloud won the bid to build passenger buses for the City of Los Angeles. New Flyer created 150 new, high-quality jobs in St. Cloud and another 50 in Los Angeles.

"Through our union, we are now working to improve our product and our jobs even more," she said. "We want to partner with New Flyer on workforce training and development. We are encouraging New Flyer to hire more women and more veterans and more people who come from disadvantaged communities."

Brand thanked Perez for being a champion of workforce development and "understanding that public transit dollars should go the distance." And she closed with a reminder.

"Please remember that the very best apprenticeship and training programs are those where employees—through their unions—and employers partner together," she said.

Perez responded, "Renee, you're not just making buses, you are creating the middle class." 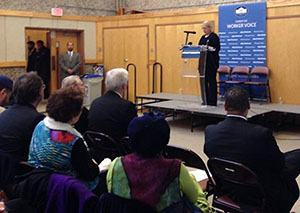 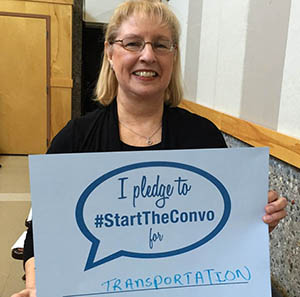 This week, CWAers and allies flooded Capitol Hill with phone calls, part of a Day of Action to push Congress to reject the Trans-Pacific Partnership (TPP).

Officials from the 12 TPP countries signed the trade deal last week; we don't know when Congress will vote on it. Many senators and representatives are standing with us, and we're building more support every day.

But we're not taking any chances. For months, CWAers and allies have been meeting with members of Congress, leafleting events attended by administration officials and getting the public behind us. We're holding representatives accountable for their votes on Fast Track, and we won't stop until we know that Congress has rejected this giveaway to corporations and the wealthy. 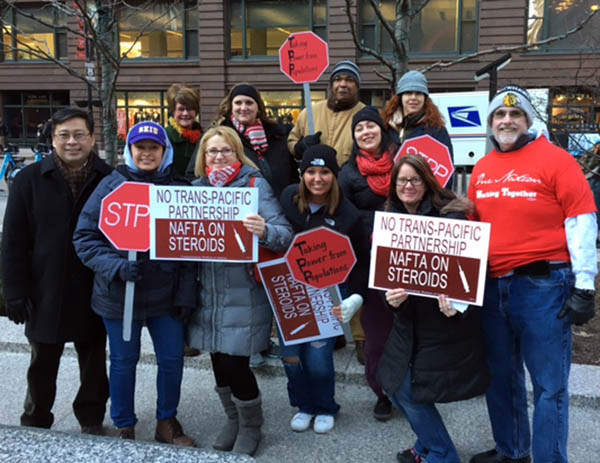 CWA activists and allies from 33 organizations rally at Federal Plaza in downtown Chicago, before marching to Union Station and leafleting commuters about why TPP would be a disaster for workers and communities.